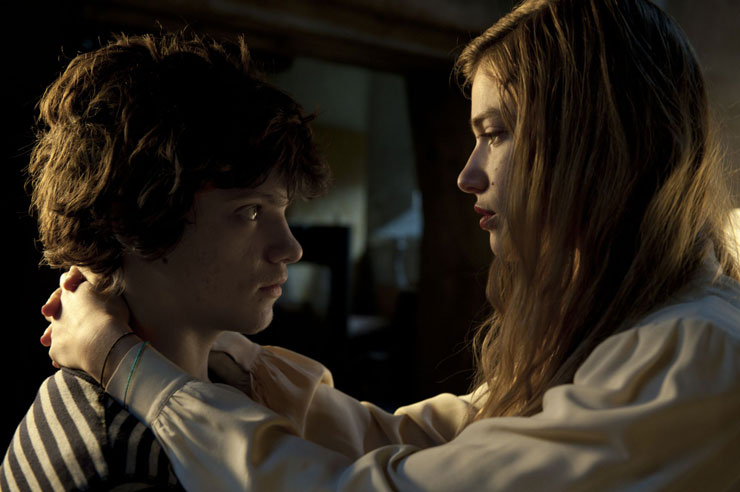 Just how sullen is Lorenzo Cuni, the teenage wallflower at the center of the Italian film Me and You? He wraps himself up in his apartmentâs drapes rather than face his mother. When confronted by his psychiatrist over his irresponsible behavior, he said his actions made him feel ânormal.â 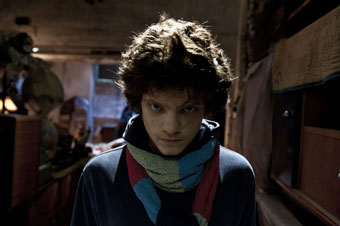 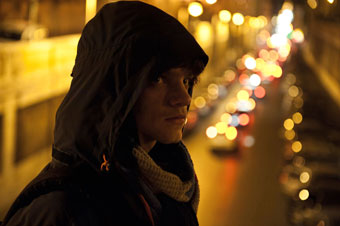 OK, so the mop-topped 14-year-oldâs pockmarked face looks like Swiss cheese thatâs been left on the kitchen counter way too long. Lorenzo (Jacopo Olmo Antinori) still has those wide, blue jade-hued eyes, taking in his surroundings like a sponge. Director Bernardo Bertolucci, making a comeback of sorts after taking a nine-year hiatus from filmmaking, makes sure to fixate on those baby blues often. His brand of humanism here is compassionate yet brutally honest about his protagonistâs more unsavory traits.

Out having dinner with his petit bourgeois mamma Arianna (Sonia Bergamasco), he idly asks her what she would do of the two of them were the only humans left on Earth and the fate of humankind depended on their, um, coupling. Lorenzo canât begin to understand why his mother would be upset by this inappropriate line of questioning. Itâs time he took a self-imposed time out, not, as his parents think, by joining his classmates on a skiing trip, but by pocketing the room-and-board fee and holing himself up in his buildingâs basement, surrounded by the possessions of their flatâs previous owner, an older woman with an inclination toward kitschy knickknacks and wardrobe.

Me and Youâs first half hour is a keenly observant character study peppered with musical bursts from the songs in Lorenzoâs MP3. This means The Cure and Arcade Fire share aural screen time with composer Franco Piersantiâs classical score, and the old-world/contemporary clash accentuates Bertolucciâs lived-in yet formal mise en scÃ¨ne. Unbeknownst to our pint-sized hermit, a face from his past is also keen to hang out in his underground hideaway. That would be Olivia (Tea Falco) his half-sister from his fatherâs previous marriage. 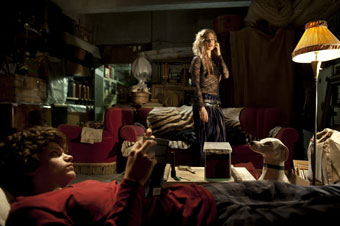 Itâs a rude awakening for Lorenzo, who tussles with his older sibling with utter disregard to the fact that sheâs a heroin junkie â or, in her own words, âa shitty addictâ â whoâs opted to go cold turkey so she can âgo live with the horsesâ out in the country with her lover. And yet, the two misfits bond in ways that feel organic, wholly believable. To Bertolucciâs credit, he keeps his young charactersâ relationship platonic while still acknowledging Lorenzoâs burgeoning sexuality. He has thus made a sweeter kind of chamber piece than The Dreamers, his semi-incestuous mÃ©nage-a-trois set against the Paris â68 student riots.

Weâre a long way from, say, the still-by-todayâs-standards racy sexytime hijinks in Last Tango in Paris, but even though Me and You, which Bertolucci adapted from NiccolÃ² Ammanitiâs novel, is a more modest undertaking, it has clearly reinvigorated the 73-year-old filmmaker. Not only does it showcase his gift for capturing the geography of his setting to the extent that it we become intimately familiar with every nook and cranny of this dank basement; he places us inside the head of this anti-social punk and finds a pretty OK human being underneath the acne. Itâs a small triumph for the Oscar-winning auteur, but a disarmingly tender entry in his body of work nevertheless.

Me and You is now showing exclusively at the Miami Beach Cinematheque as part of its Cinema Made in Italy series.