Bittersweet 'Girls' Wants To Have Fun

âSupport the Girls,â the latest offbeat effort from Andrew Bujalski, begins in tears and ends with full-throated screams. In between is a bright, irresistibly genial portrait of the joys and struggles of employees at a Hooters-style sports grill that is by far the celebrated indie filmmaker's most accessible movie to date. But lest you think the Godfather of mumblecore has gone mainstream, rest assured this winning comedy, blessed with a poignant bittersweet streak, is in many ways as eccentric as the rest of his work. 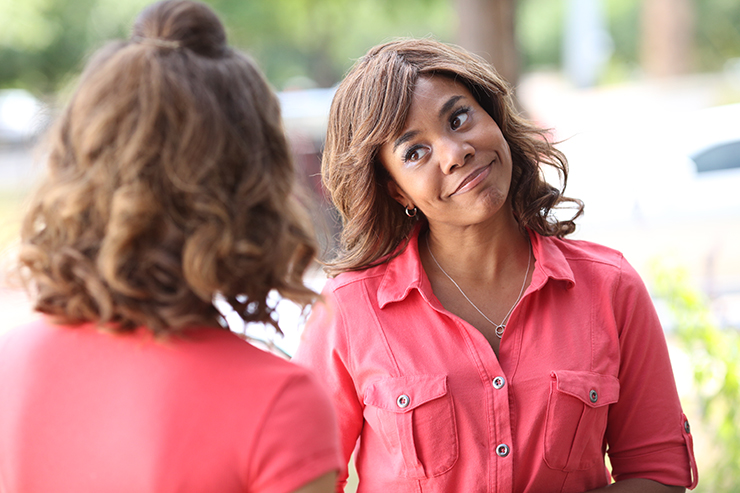 Those sniffles you hear as the film opens come from Lisa (Regina Hall), general manager at Double Whammies. She's sitting in her car as she works quickly to dry her eyes before star server Maci (the vivacious Haley Lu Richardson) catches her sniveling. As if on cue, a smile spreads across Lisa's lips. Her personal life might be crumbling, as Bujalski eventually shows, but she makes sure her girls, who look up to her, and with good reason, are none the wiser.

The film's early scenes, which show Lisa juggling job interviews with scantily clad applicants and an impromptu car wash to help a former co-worker facing legal troubles, establish a warm work environment that, to this reviewer, felt as comforting as putting on a favorite shirt. The staff's camaraderie is infectious, and we're lulled into a false sense of complacency.

As the movie keeps throwing obstacles Lisa's way, it becomes apparent this is, without a doubt, a particularly challenging time for her. The rest of the day unfolds as a series of professional and personal crises that the shift leader tackles with unflappable cheer. (That smile, as it turns out, is no act. She really is that compassionate.) It's a kick to see Bujalski skillfully weaving the tangled web of and small victories and potentially career-derailing setbacks, the biggest one of which is the consequences she might face for not reporting a break-in (not a burglary) to Cubby (James LeGros), Double Whammies' gruff, temperamental owner.

Lisa's decision suddenly puts her job in jeopardy, and the fate of her employment at the restaurant, located off I-10 somewhere in Texas, hangs over her like the sword of Damocles. But âSupport the Girlsâ is too likable to bum viewers out. What's striking about Bujalski's screenplay is that the more grim the characters' outlook seems, the more empathetic and disarming the movie becomes. This is a feel-good comedy firmly rooted in the Darwinian realities of the service industry, but much like its stubbornly optimistic protagonist, it knows to prevent the characters' dilemmas from slipping into miserabilism. 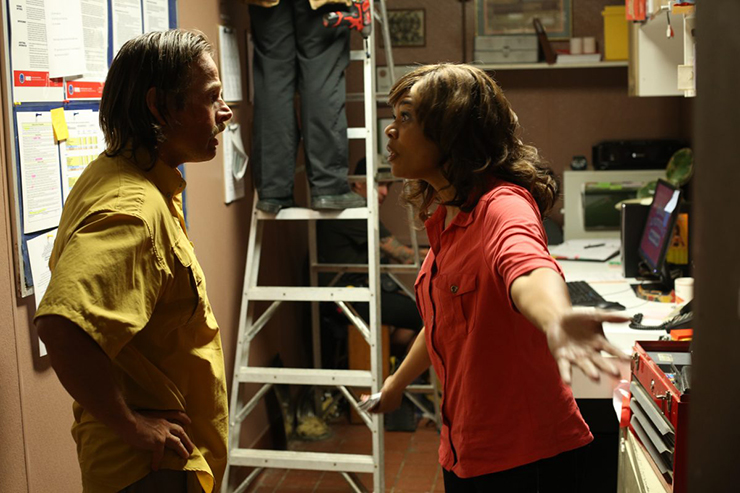 Its narrative is propelled by casual conversations that etch out a community of workers and customers that might appear sturdy but constantly finds itself on the verge of dissolving into chaos. (âOrange Is the New Black'sâ Lea DeLaria makes an impression as a truck driver who enjoys the girls, but whose sexual orientation is, refreshingly, treated as a non-issue.)

At the center of this vortex is Lisa, trying to hold everything together. When she's not dealing with her estranged husband Cameron (Lawrence Varnado) or her boss' threats, she is defending her servers from POS customers who demean their looks. Bujalski depicts the sexism and racism these women face on a daily basis without ever turning them into defining story elements. A more conventional filmmaker, for instance, would have used Cubby's policy of only having one African-American waitress per shift into a major plot point, but Bujaski understands it's only one facet of a myriad set of matters these characters deal with, so the matter is casually brought up, then dropped, much like in real life.

Which is not to say âSupport the Girlsâ is without its quirky flights of fancy. Some of the interaction between the Double Whammies staffers and their customers, for instance, ends up feeling too self-consciously off-kilter. A climactic showdown between rebellious servers and customers irate that the restaurant's cable reception keeps going out careens between playfulness and hostility until it ends up feeling too loopy for the film's own benefit. If the jarring shifts in tone ring a bell, that's because the film often feels like a Robert Altman remake of âCoyote Ugly,â and yes, this is mostly meant as a compliment, especially in those rare moments when Lisa loses her cool.

Bujalski's idiosyncrasies begin seeping in until they take over, turning what started as a raucous comedy into a funny-sad portrait of working class lives in flux. In this regard, the restaurant's staff is not that far removed from, say, the brainy nerds in his black-and-white oddity âComputer Chess.â Hall's marvelous performance goes a long way toward grounding the filmmaker's innate weirdness in Lisa's rigorous assessment of her own actions. 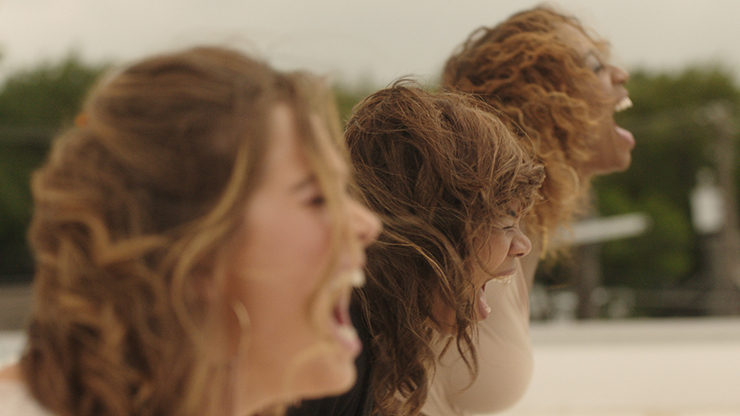 There are no easy answers here, no last-minute solution that will make the characters' problems go away. Instead, there's the sobering realization that there's a limit to these women's career prospects that they may not be able to overcome. It's a reality check, however, that's a lot easier to take when they know someone will always have their back. It's this empowering celebration of kinship that gives the winsome, doggedly upbeat âSupport the Girlsâ its distinct voice.

âSupport the Girlsâ is now showing at Cinema Paradiso Hollywood and Savor Cinema in Fort Lauderdale. It's scheduled to start Sept. 28 at the Miami Beach Cinematheque.