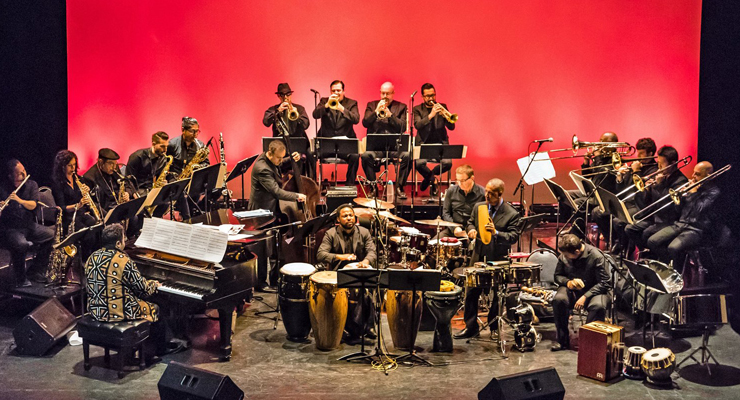 It's a joy to witness Auturo O'Farrill's dedication to Latin Jazz as he rises from the piano, where he has just demonstrated his elegant command of it, and then swings over to conduct his 18-piece Afro Latin Jazz Orchestra in one of the classic compositions by his late father Chico O'Farrill.

But what's amazing is that the younger O'Farrill, who now dedicates himself to both the preservation and broadening of this musical style, once tried to distance himself from these rhythms.

When he first started performing, he modeled himself after jazz musicians like Bud Powell and Chick Corea, but, after his father became frail, and O'Farrill returned to help him, he came to appreciate the deep cultural roots of Afro-Cuban jazz.

It was this love of this deep musical heritage that was in the forefront when O'Farrill came to town to perform his concert, "Cuba: New Perspectives" on Jan. 10, the latest in the Adrienne Arsht Center Jazz Roots series.

And, from the very beginning, it was clear that this was not completely his father's band. Auturo O'Farill has taken the nucleus of Afro Cuban music, which is the style that his father helped develop in the 1940s and 50s, which is based on jazz harmonies, African and Cuban rhythms and different techniques of improvisation, and taken it further, to encompass many other Latin countries as well. 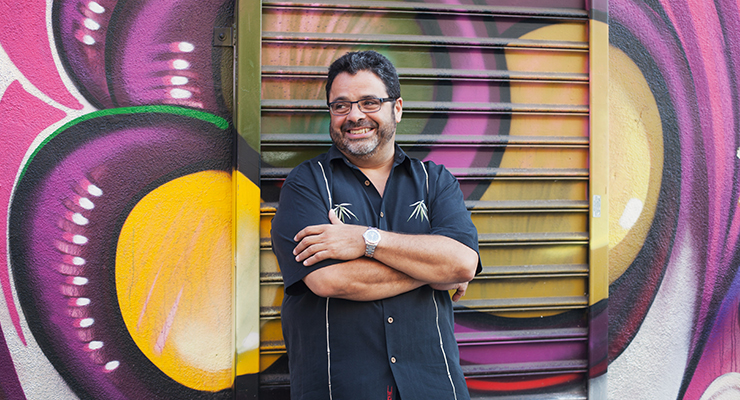 "I look at this stage and we are now not only Cuban, but we are also musicians from the Caribbean, Puerto Rico, Colombia, the Dominican Republic - we are many peoples," said O'Farrill, to resounding applause.

"Take a look at this stage, you will never see so many musicians from different countries here. This is a once-in-a-lifetime opportunity," he added.

O'Farrill opened the concerts with one of his favorites to perform, Dafnis Prieto's "The Triumphant Journey," which is on "Cuba" The Conversation Continues," the Grammy nominated album that O'Farrill recorded in Havana only 48 hours after President Barack Obama announced his plan to normalize relations with the island nation. (He was also on hand to witness the flag raising later at the U.S. residencies and embassy there).

This selection was also perhaps a nod to Miami since Prieto, a Grammy award-winning Cuban-born drummer now teaches at the University of Miami's Frost School of Music.

The piece features O'Farrill at the piano, and begins slow and sultry before it was interrupted by the bright confluence of horns that showed off, right from the start, band's stellar brass section, then jockeying back and forth between the two moods.

Next, O'Farrill paid homage to his father with "The Afro Cuban Jazz Suite," a landmark composition which the older O'Farrill wrote and famously recorded in 1950, featuring Charlie Parker, Flip Phillips and Buddy Rich. From the opening notes, this composition wakes you up, with its horns, then its drums, and then the long notes of the saxophone. The music sounds as fresh today as when Chico O'Farrill recorded it in 1950, when he was only 26 years old and had been in the U.S. only a few years. But, said O'Farrill, his father "was doing what immigrants were supposed to do. They are supposed to come to this nation and make this a better place for us all," said O'Farrill, making the point (as he would several times during the evening) about the richness that immigrants had imbued to the US.

Next up was O'Farrill's own work, "The Afro-Latin Jazz Suite," for which he was commissioned to write in honor of the New York's Apollo Theater's 80th anniversary, which also marked the 65th anniversary of his father's anniversary in the music business.

Next up was "Three Revolutions," written by Auturo O'Farrill and Chucho ValdÃ©z, who, like his father, is the son of a Cuban music legend, as well as a master in his own right, as it was written as a tribute both to O'Farrill's father and Bebo ValdÃ©z. The composition, a dazzling combination of African style drums, brass, and lots of twinkling piano cascades, was both a sparkling and pulsating piece that led deftly to a crescendo.

And then, "to pay homage to Cuban music, we are going to play Puerto Rican music," O'Farrill announced jubilantly, as he led into the piece "Ecucaion," an exuberant piece that showcased all the musicians on stage with great flare.

In addition to showcasing O'Farrill's elegant piano artistry, the concert also showcased the pure notes of expertly played bass, saxophone and trumpets and was truly a master class in all forms of percussion. And you haven't experienced percussion unless you've experienced the wide range of percussive instruments utilized in Cuban jazz, including congas, timbales, gÃ¼iros (gourds played with a stick), bongos, and claves.

Brazilian guitarist Diego Figueiredo, a rising star in the world of Brazilian guitar, was the opener for O'Farrill. Described by George Benson as "one of the greatest guitarists I've seen in my whole life," he did not disappoint.

At the age of 39, with 26 CDs to his credit, Figueiredo is now nominated for his first Grammy. Soft spoken, and appearing simply on stage with his guitar, he ran through a set of songs, including the classic "One Note Samba," with aplomb, as he played slowly at first, and then built up into a dizzying crescendo, capturing the audience's affection wholeheartedly.