When We're All Going to the Theater Again

Yes, it will happen. We'll all be going to the theater again, and very soon.

So, let's get a bit of excitement on for what we have to look forward to when we're all together again at the show.

The Adrienne Arsht Center for the Performing Arts of Miami-Dade County (@arshtcenter) is welcoming its 15th season of showcasing Broadway's greatest hits in the Ziff Ballet Opera House with a six-show subscription. The 2020 / 2021 Broadway in Miami season opens with the anticipated South Florida premiere of the Winner of eight 2019 Tony AwardsÂ® including Best Musical and the 2020 Grammy AwardÂ® for Best Musical Theater Album, "Hadestown." "Wicked" returns fro a three-week run.

"Entering the 15th season of Broadway in Miami at the Adrienne Arsht Center for the Performing Arts is genuine cause for celebration," said Susie Krajsa, President, Broadway Across America.

The 2020 / 2021 Broadway in Miami season is presented by Florida Theatrical Association in association with the Adrienne Arsht Center along with presenting sponsor Bank of America and with support from Nicklaus Children's Hospital. 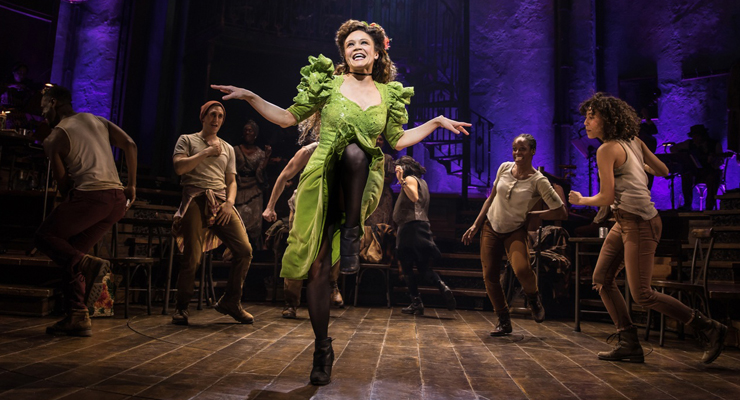 Welcome to "Hadestown,"Â  where a song can change your fate. Winner of eight 2019 Tony AwardsÂ® including Best Musical and the 2020 Grammy AwardÂ® for Best Musical Theater Album, this acclaimed new show by celebrated singer-songwriter AnaÃ¯s Mitchell and innovative director Rachel Chavkin ("Natasha," "Pierre" & "The Great Comet of 1812") is a love story for today... and always.

"Hadestown" intertwines two mythic tales - that of young dreamers Orpheus and Eurydice, and that of King Hades and his wife Persephone - as it invites you on a hell-raising journey to the underworld and back. Mitchell's beguiling melodies and Chavkin's poetic imagination pit industry against nature, doubt against faith, and fear against love. Performed by a vibrant ensemble of actors, dancers and singers, "Hadestown" is a haunting and hopeful theatrical experience that grabs you and never lets go. 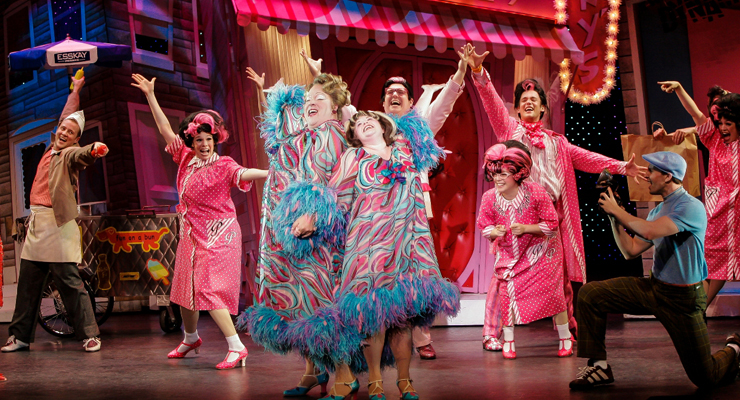 "Hairspray" "Welcome to the 60s." Photo by Chris Bennion and Jeremy Daniel

You can't stop the beat! "Hairspray," Broadway's Tony AwardÂ® -winning musical comedy phenomenon that inspired the blockbuster film and live television event, is back on tour. Join 16-year-old Tracy Turnblad in 1960s Baltimore as she sets out to dance her way onto TV's most popular show. Can a girl with big dreams (and even bigger hair) change the world?

Featuring a score of hit songs including "Welcome to the '60s," "Good Morning Baltimore," "It Takes Two," and incorporating "Ladies Choice" from the musical film adaption. 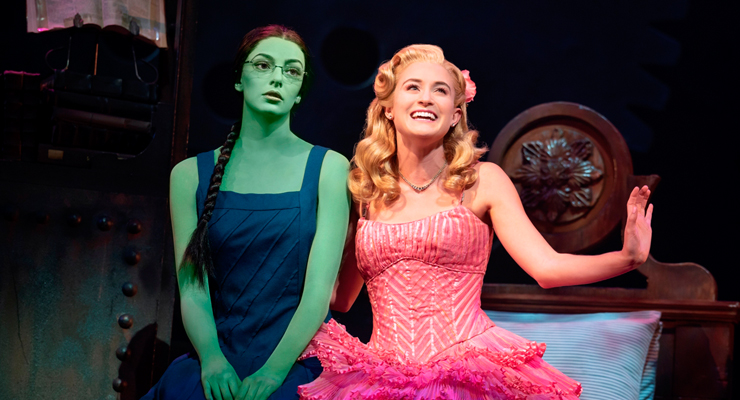 So much happened before Dorothy dropped in! "Wicked," the Broadway sensation, looks at what happened in the Land of Oz, but from a different angle. Long before Dorothy arrives, there is another young woman, born with emerald-green skin â smart, fiery, misunderstood, and possessing an extraordinary talent. When she meets a bubbly blonde who is exceptionally popular, their initial rivalry turns into the unlikeliest of friendships until the world decides to call one "good," and the other one "wicked."

From the first electrifying note to the final breathtaking moment, "Wicked" â the untold true story of the Witches of Oz â transfixes audiences with its wildly inventive story that USA Today cheers is "a complete triumph! An original musical that will make you laugh, cry, and think." For information, visit www.wickedthemusical.com. 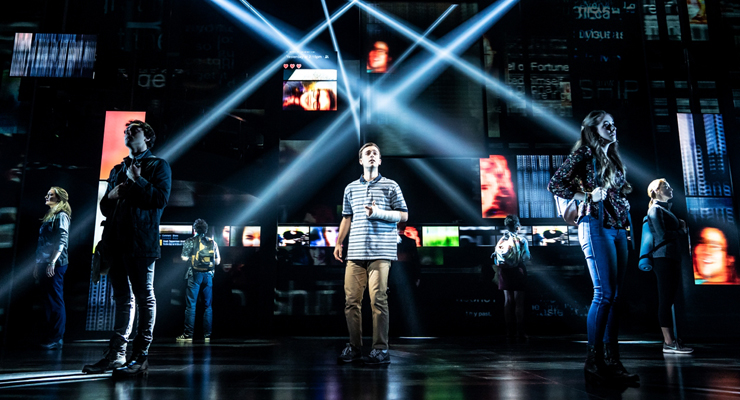 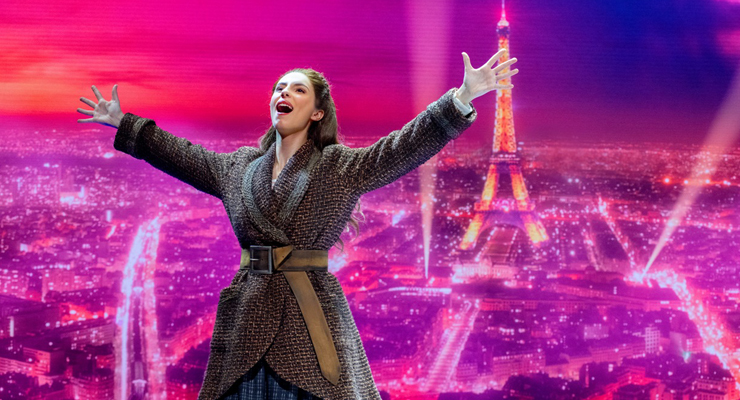 Inspired by the beloved films, the romantic and adventure-filled new musical "Anastasia" is on a journey to Miami.

From the Tony AwardÂ®-winning creators of the Broadway classic "Ragtime," this dazzling show transports theatergoers from the twilight of the Russian Empire to the euphoria of Paris in the 1920s, as a brave young woman sets out to discover the mystery of her past.

Pursued by a ruthless Soviet officer determined to silence her, Anya enlists the aid of a dashing conman and a lovable ex-aristocrat. Together, they embark on an epic adventure to help her find home, love, and family. 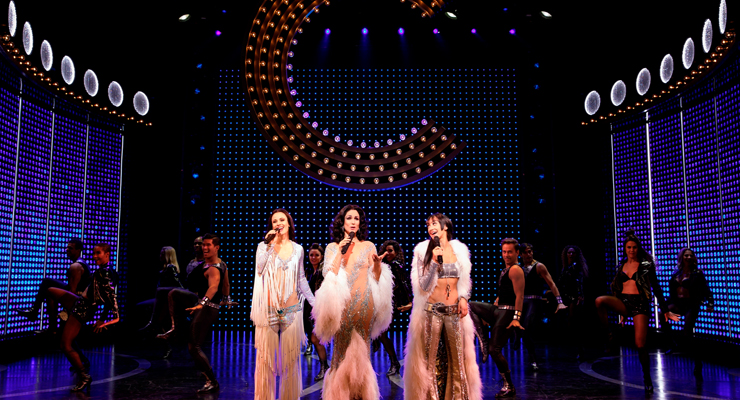 Superstars come and go. Cher is forever. For six straight decades, only one unstoppable force has flat-out dominated popular culture â breaking down barriers, pushing boundaries, and letting nothing and no one stand in her way. "The Cher Show" is the Tony AwardÂ® -winning musical of her story, and it's packed with so much Cher that it takes three women to play her: the kid starting out, the glam pop star, and the icon.

"The Cher Show" is 35 smash hits, six decades of stardom, two rock-star husbands, a GrammyÂ®, an OscarÂ®, an EmmyÂ®, and enough Tony AwardÂ® - winning Bob Mackie gowns to cause a sequin shortage in New York City, all in one unabashedly fabulous new musical that will have you dancing in the aisles! For information, visit www.thechershowbroadway.com.