Stage Play Based On 'Cocaine' Documentary 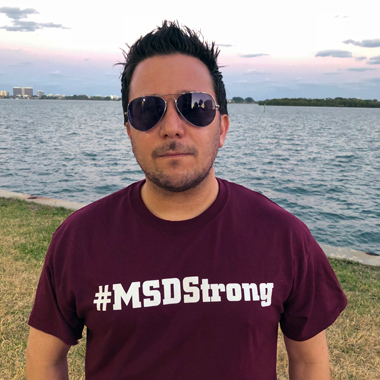 Â In 2006, I wrote a feature for a local publication about a then-recently released documentary âCocaine Cowboysâ that chronicled the era of the Miami drug war of the 1970s and 1980s.

The production for Miami New Drama, at the Colony Theatre on Lincoln Road, uses actual texts of Jorge âRiviâ Ayala, the hired assassin featured in the documentaries. Billy Corben, co-writer of the World Premiere production spoke with miamiartzine.com to share insights on the transformation of this riveting drama to the stage.

miamiartzine: Was this your first attempt at writing a play?

Billy Corben:Â Yes, since high school. Iâve worked on many screenplays, but playwriting is very different.

maz: Did you ever imagine that âCocaine Cowboysâ would become a play?

maz: After all these years of working on films, what got you to working on the project as a play?

BC: I was introduced to Michel Hausmann (Artistic Director of Miami New Drama) and started going to their shows at the Colony Theater. I found we had common interests and started talking. We started talking about turning âCocaine Cowboysâ into a play. Michel told me that I had to write it. He introduced me to Aurin Squire, a very successful writer, and we started working together. 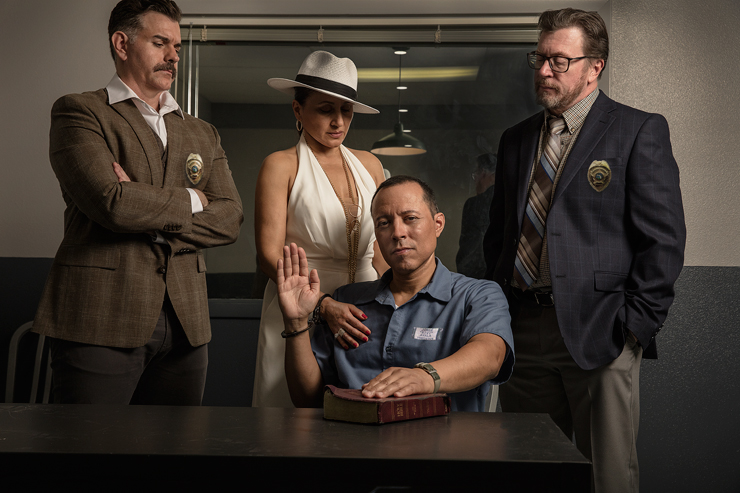 maz: What should audiences expect from this production?

BC: An action-packed theatrical version of the documentary but through Riviâs eyes. Itâs Riviâs story. (NOTE: For those not familiar with the documentary Rivi is Jorge Ayala, the hitman from âCocaine Cowboysâ that was suspected of 35 drug slayings and convicted of three. He was known as a cold-blooded killer who worked for the notorious Miami drug queen Griselda Blanco.)

maz: Does the play have the same feel as the documentaries?

BC: Itâs a very fast-paced production telling Raviâs story, from when he arrives in 1969 to the present. There are seven actors playing many roles but the actor playing Rivi plays only the one role. There are more than 25 locations ranging from a court room to a parking lot.

maz: The subject of the documentary is very serious with many graphic scenes. Will the play reflect the same mood?

BC: This play is very eventful but thereâs a little comedy at the beginning and Act 2 is very climatic. The play is very graphic, thereâs blood and gunshots. Itâs not recommended for children. 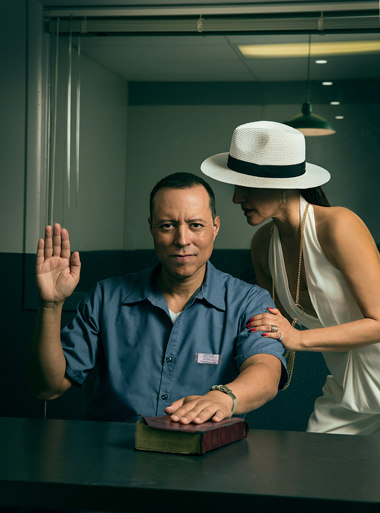 maz: Is this the first time that a documentary has been turned into a play?

BC: No there have been several documentaries transformed into plays. "Grey Gardens" for example. (NOTE: "Grey Gardens" is the 1975 documentary by the infamous filmmaking team, the Maysles brothers, that focused on the lives of Edie Bouvier Beale and her mother, Edith, and was later turned into a Broadway musical of the same name.) In fact, you could call this production the "Grey Gardens" of Miami with drugs and murder.

maz: Will the audience be shocked at the ending?

BC: No happy endings here. Most of the characters end up dead or in jail. The play is a real mine field.

maz: Youâve been working primarily on documentaries, but your early background is in acting. Are you happy with the casting of actors playing these real-life characters?

BC: All the actors are incredible. The production surpasses my expectations. The set is wild and amazing. The storytelling is very unique and with an unpredictable ending, but audiences will realize that it couldnât have ended any other way. Itâs hard for me to believe because itâs so surreal. (NOTE: The cast features Yancey Arias (movies: "Kingpin," "Lethal Weapon") starring as Ayala, joined by Zilah Mendoza (television: "Modern Family," "Grey's Anatomy"); Carbonell award-winners Nicholas Richberg (Zoetic Stage's "Fun Home"), and Stephen Anthony (Miami New Dramaâs "Our Town"); Cuban-born, Miami-raised Andhy Mendez ("The Blacklist," "Orange is the New Black") Miami-based multidisciplinary artist Rudi Goblen (Miami New Dramaâs "Queen of Basel") and Bryan Blanco (rakonturâs "Screwball").

BC: Yes. Several of the people depicted in the play will be in the audience. Itâs going to be an unforgettable night.