Dimensions Dance Theater of Miami has fast become one of the most successful ventures in Miami dance in recent years. Founded in 2016 by the artistic duo of Jennifer Kronenburg and Carlos Guerra, both former Miami City Ballet stars (and partners in life) DDTM is known for an eclectic repertory of classical and neoclassical works that showcases its technical dancers. The directors continue to be fearless in their repertory selection, while remaining savvy in understanding what will please audiences. 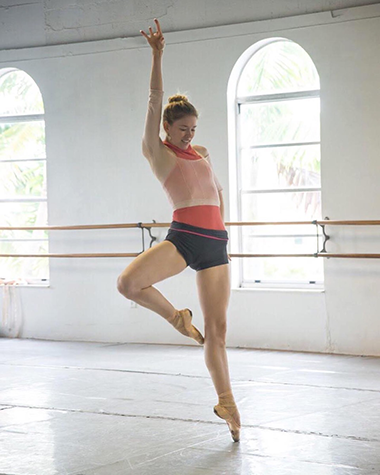 One of the most effective and interesting programs is the yearly Lab Theater Series that will be performed on Saturday, March 2 and Sunday, March 3 at the South Miami-Dade Cultural Arts Centerâs Black Box. The intimate performance allows audiences members a close up view of the DDTM dancers as they showcase works by some of south Floridaâs newest and hottest choreographers. Each performance is followed by a conversation between artists and audience.

Kronenburg speaks in detail about the series and how it has evolved.

âThis is our third Lab series and theyâve all been similar in that weâve invited mainly local choreographers to come in and create for the company without the pressure of needing to finish a full work for the main stage.â

After three years and DDTM has gotten more established, the series has progressed. Kronenburg says they can take more risks.

âWe have been able to give the choreographers more leeway to do as they choose where weâre sort of the blank canvass. We donât really give them restrictions. Weâre definitely able to push the dancers outside of their comfort zone to dive into something new.â

The Lab series also allows choreographers the freedom to experiment, a rare commodity in the fast paced dance business. Chosen choreographers are given a blank slate to create on, space and time with seasoned artists, and the outcome offers the potential of the work being programmed into one of DDTM seasons in a larger venue, and with a larger audience. It is a win-win on all accounts.

âFor choreographers itâs a perfect setting for audience and dancers to preview their pieces,â Kronenburg says.

While some choreographers have more experience than others, they are all fairly new to the choreographic scene. They each bring something different to the table as a choreographic voice, making the series as much an adventure for the dancers as it is for the audience. 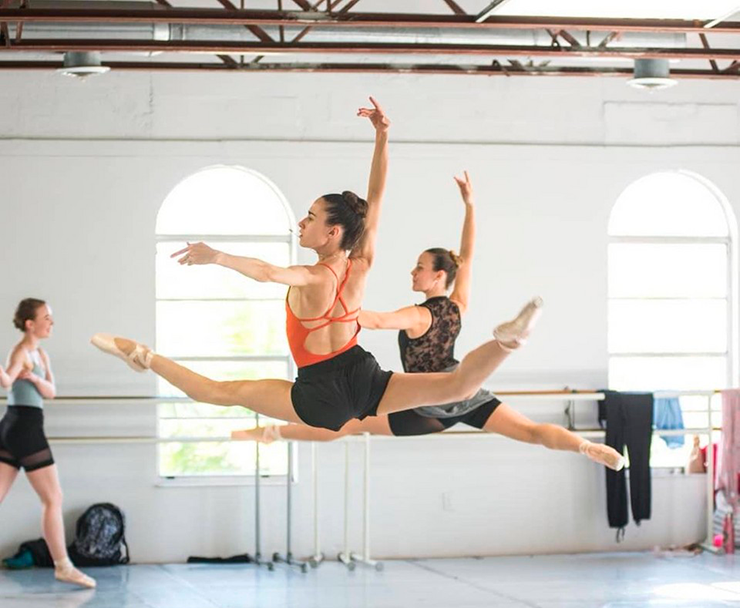 Randolph Ward has made a few choreographic creations, but it is his first time working with DDTM. His piece, titled âWhat Makes a Manâ consists of two men, one in heels, contrasting what is considered âmalenessâ with the other man. It is unlike anything that DDTM would usually do.

âBut thatâs a really good thing,â Kronenburg adds. âIt forced the dancers to go to a place that they havenât gone.â

The evening is a smorgasbord of styles and choreography. Some works may be seen again on the main stage after having been workshopped or re-envisioned, and some are more experimental. One never really knows what will be the outcome until the piece gets to the stage.

âI think the audience is really appreciative of this type of program. Even more so because they know our dancerâs (very classical) backgrounds and that changes their perspective a little bit.â

For this lab âsalonâ series, five new creations are in the works.

Ballet Hispanico dancer and Miami native, Melissa Fernandez, has created her first work for DDTM. After initially working with the Peter London Global Dance Company, an d a few forays into professional choreography, she has created âHasta Que La Muerte Nos Separe,â (Till Death Do Us Part) an unexpected take on latin music.

Carlos Guerra joined the conversation and speaks about Fernandez. 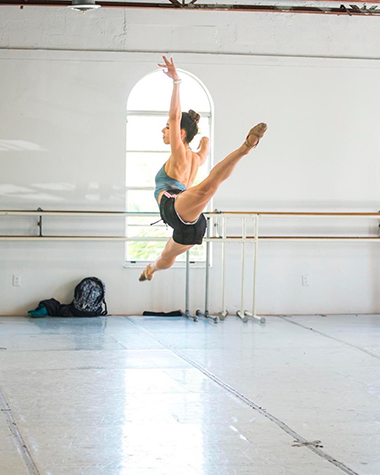 âHer piece breaks everything completely. Itâs what I like about her, and really, all the choreographers. She is using music from Dos Gardenias from Buena Vista Social Club - but this piece is really modern. You hear the music and expect it to be something latin. Not at all. It is really nice, really nice.â

In Fernandezâs piece, the dancers wear socks on their feet and move in a completely modern style of today. For dancers used to wearing point shoes, wearing socks in contemporary movement truly puts them into new territory. It is a far cry from the movement style that the Dimensions dancers are used to.

Kronenburg laughed, âAnd lots of floor work. They were all black and blue, sore thighs.â

Yanis Eric Pikieris, a DDTM dancer, is creating his second piece for the company, after initially doing a small duet. Called âGenus,â it will be the longest piece on the program.

Pikieris says, âMy first piece was a pas de deux that I danced. 'Genus' feels much more real to me. Now I am working with everyone else.â

Pikieris is usually inspired by music in his choreography. To create a piece, he needs to find music he likes and envisions what the dancers would be wearing. He likes to imagine the atmosphere and the look of what the finished product will be.

âI found music from an album called 'Genus.' The first part was âTransmutation of Species,â very techno. Then I found this beautiful classical track that is very moody and interesting. I immediately thought, âthatâs the one.â

âI know the dancers really well,â he continued. âSo I knew who I wanted to do what. Almost every time I came in with prepared material, it completely changed, once I started working with the dancers.â

Both Kronenburg and Guerra hail from the Miami City Ballet family, so it is no surprise that Dimensions becomes an outlet for MCB dancers who are seeking choreographic opportunities. They have been an advocate for MCB dancer, Ariel Rose, whose work, âEsferas" was first launched through the Lab Series. Chosen to be included on the DDTM main stage season, âEsferas" was eventually performed as part of their New York Joyce Theater season in 2018.

To that end, there are two MCB individuals whose works will be seen on the Lab program.

MCB dancer, Eric Trope, will be presenting his first piece for DDTM dancers. A viewing in rehearsal prior to the run through, showed the dancers easily marking through transitions and timing. It was no preparation for the flashy and high energy showcase that the piece exuded when it was done. Aptly called, âComes Out Evenâ there was a mirrored and sculptural quality to the well organized camaraderie.

Isanusi Garcia, former MCB dancer, has an unusual motivation for his choreographic creations. After a brain injury left him paralyzed, a devastating life altering occurrence for anyone, let alone a dancer, Garcia began to use painting as a way to visualize movement and choreography. Now, he has regained most of his movement ability, but still uses the visual impetus to inspire him. His latest piece, and first piece for DDTM is âDeliverance.â

With five very distinct voices as choreographers and dancers who are capable of pushing their abilities into unknown areas, the Lab Series is a perfect vehicle for stepping into unchartered territory for both dancers and audience members.

âNo matter what, if the audience loves the piece or if they donât love the piece,â Kronenburg says, âIt provides an opportunity to be up close and personal to the dancers, to see the athleticism of the movement, to see the emotion of it, the sweat, and to be able to interact with the choreographers and dancers after the show.â