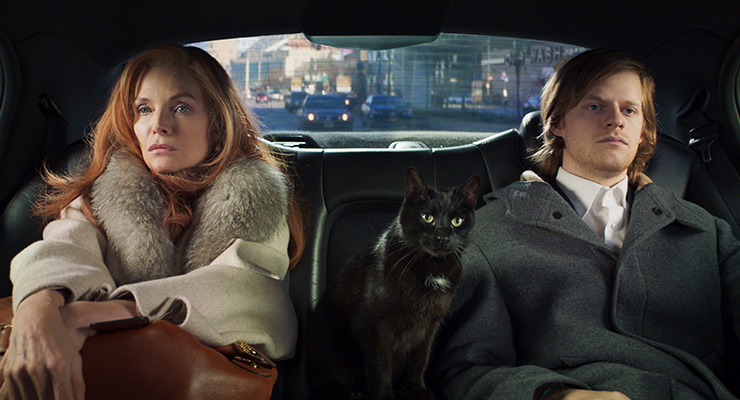 The end is here, and it just won't do. Frances Price, the elegantly blasÃ© Manhattanite at the center of "French Exit," is informed she's almost out of money, and all she can muster is casual annoyance. On the page, the widow with a scandalous past comes alive with curt insouciance, her complete disregard for what people may think an irresistible draw to readers.

But something got lost in translation on the journey to the big screen in Azazel Jacobs' adaptation of Patrick deWitt's 2018 novel about a sour New York City socialite. There's also her sullen adult son, their co-dependent relationship, a let's-throw-caution-to-the-wind trip to Paris, and the weirdos they meet along the way. The film ought to have been the shot in the arm this underwhelming awards season needed. Instead, a movie about a gallery of eccentrics is polished, urbane and good-natured, a genial affront to its cutting and merciless source material. A film adaptation of "French Exit" has no business being this tasteful or, Truman Capote help us, likable. 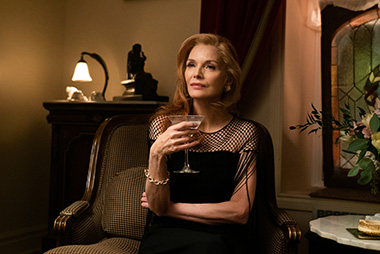 The building blocks are all there for a competent celluloid rendering, starting with a cast that's ready and willing to be as unappealing as possible. Michelle Pfeiffer, a stone-cold grimace under auburn locks with a chic blond streak, certainly looks the part of Frances, and she adroitly bends her mannerisms to fit the protagonist's over-it attitude. As her son Malcolm, Lucas Hedges projects an aura that's more New England than Upper East Side, but he nails the character's sulky mama's-boy disposition. Even better, the actor, whose long hair makes him resemble a younger Steve Zahn, never loses sight of the wounded creature beneath the brooding faÃ§ade. Mother and son in this cinematic telling are younger than their literary counterparts, but it's clear the stars understand the bond that keeps them together.

Alas, Jacobs, working from deWitt's own faithful screenplay, leaves the pair stranded in a production that's hesitant to alienate the viewer. As a reader, you are merely tolerated, but the movie all but curtsies to the viewer. Its tepid brittleness, hardly a match for the novel's bite, reflects a reluctance to take chances. There's also little interest in exploring the textures and surfaces of the disgraced elite. Its look is muted and nondescript, the cinematic equivalent of beige. 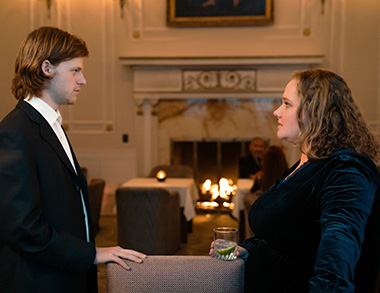 "We are insolvent," a toasted Frances informs her son while she sips some vino. She does the next logical thing: withdraw what's left of her savings and accept an offer from longtime friend Joan (Susan Coyne) to move into her Paris apartment. To get there, Frances and Malcolm take a transatlantic sea voyage, something that opens up myriad visual possibilities, but neither Jacobs nor cinematographer Tobias Datum show much interest in, um, rocking the boat. For the most part, they squander the widescreen aspect ratio they have selected to tell this story.

While on the cruise, Malcolm, who leaves estranged, long-suffering fiancÃ©e Susan (Imogen Poots) behind, meets Madeleine ("Dumplin'"s Danielle Macdonald), a clairvoyant who gets in trouble for telling passengers of a certain age what they do not want to hear. Madeleine gravitates toward the black cat the New Yorkers have brought on board. Ah, yes, their feline companion. The animal's significance, linked to the characters' family ties, is something the book wastes no time in clarifying, but Jacobs opts to wait nearly an hour to clue us in. No spoilers here, but keeping these details under wraps for so long is kind of pointless in this case. 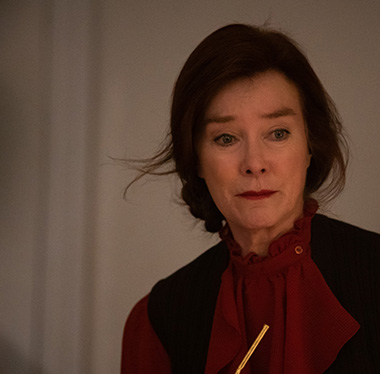 If things improve somewhat once the action moves to the City of Light, that's mostly thanks to Valerie Mahaffey (Netflix's "Dead to Me"), who is a riot as clingy Madame Reynaud, a lonely widow who, despite her name, is very much from the U.S. of A. and has followed Frances' Page Six exploits since back in the day. The film and TV vet single-handedly makes "French Exit" considerably more watchable than it should be, precisely because Mahaffey refuses to vie for the audience's sympathies. 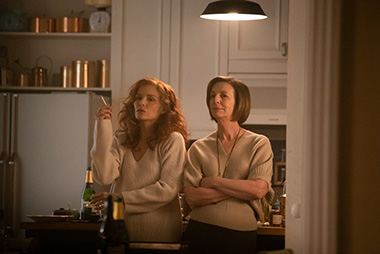 Sadly, there isn't enough of that fearlessness to go around, and saddled with an obtrusive piano-driven score that feels like an extended college recital, "French Exit" settles into complacency. Unexpected friendships are made, long-simmering resentments are laid bare, and hard truths are dished out. An impromptu (and improbable) sleepover brings together several of the characters. It was already a stretch on the page, the weakest part of the novel, but here it rings utterly false.

With the unremarkable mise en scÃ¨ne as a backdrop, minor characters can't help but stand out. A coroner who sneaks a disinterested Malcolm into the cruise ship's morgue, a snooty French waiter who commits the cardinal sin of making Frances wait, and a homeless man who piques Frances' interest after a run-in with the cops all leave an impression. One wishes the rest of the film would follow suit. 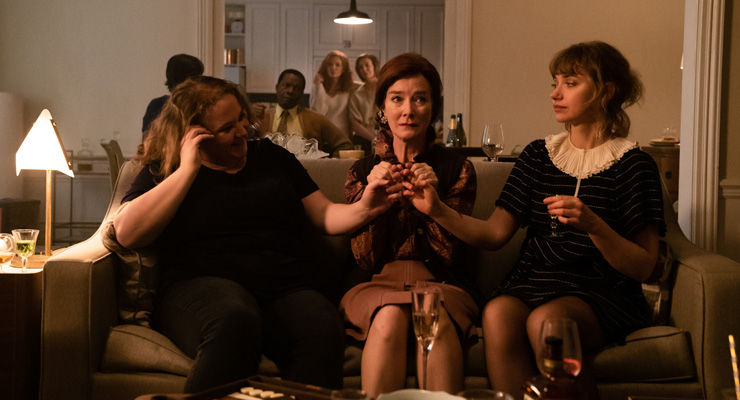 But "French Exit" eventually heads south, and I don't mean the south of France. Comparisons to the work of Wes Anderson and Whit Stillman are understandable, but Jacobs lacks the formal creativity of the former and the laser-like rigor of the latter. Kudos to Pfeiffer and Hedges for sustaining the material's tricky tonal balancing act as well as can be expected, but the movie seldom lets them have any fun. Even Frances' withering putdowns feel oddly polite. Worse yet, the dialogue tends to spell everything out too neatly. There's an airtight quality to the film's narrative structure that prevents it from drawing blood. It's neither here nor there. Call it an unhappy medium.