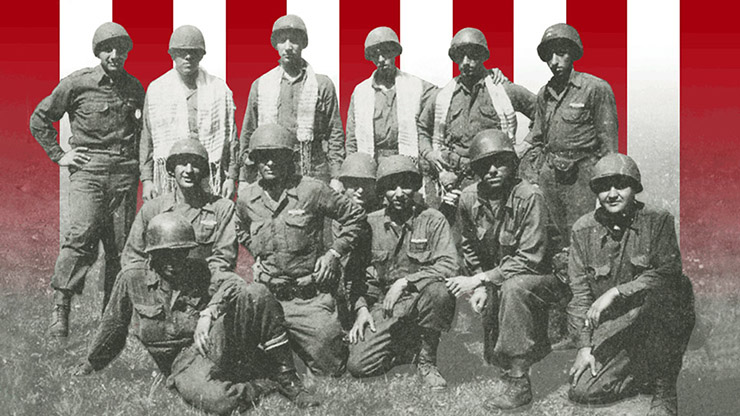 Documentary filmmaker Lisa Ades was directing a seven part series on the history of the Jews of Syria (her grandfather was from Aleppo, she say), when she was led to the story for "GI Jews." "I started to interview people about the war years and they were telling me some incredible stories." She kept coming across a recurring theme. "I was hearing stories about Jews who served World War II and their anti-semitic experiences in the service. I knew of Deborah Dash Moore's book, 'GI Jews,' and I rang her up and I said, 'Has anyone made a film on this topic?' " Moore, a leading authority on Jewish Americans in World War II, is featured in the film, and was an advisor.

"GI Jews: Jewish American in World War II" gets its world premiere at the Miami Jewish Film Festival on Sunday. Seen through the eyes of the servicemen and women, the documentary brings to life the little-known story of Jews In World War II. 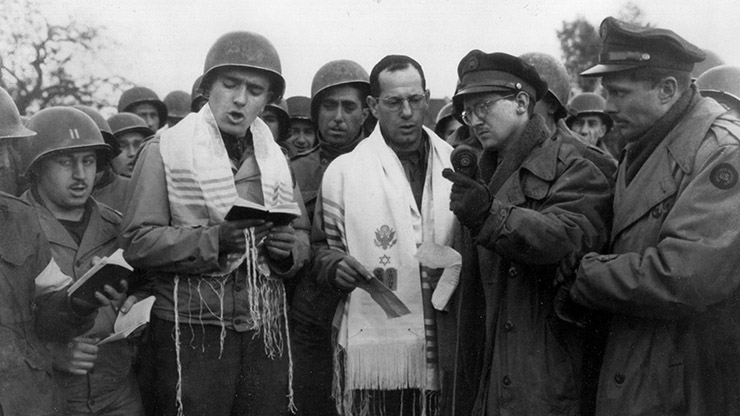 "We already knew who the famous GI Jews were like Mel Brooks, Carl Reiner, and Henry Kissinger, but then you start interviewing people and you find out more stories," says Ades. It took four years to create "GI Jews."

The film profiles men who served in the Army, Navy, Air Force and Marines. It also profiles women, some of the 10,000 who volunteered as WACS, WAVES, and WASPs.

"The first day of shooting we went to Mel Brooks' house and there he was with Carl Reiner. They hadn't known each other during their war years. I knew this film's topic was heavy, so any moments of levity were going to be necessary."

Ades was right. In one very funny interview with Brooks, he tells of never having eaten a cheeseburger before referring to the practice of Jews not eating meat and milk together, a Torah law.

Former Secretary of State Henry Kissinger and artist Si Lewen escaped Nazi Germany as teenagers, then returned to their homeland to fight as American soldiers. In one of the most touching moments of the film, Rabbi Chaplain David Max Ecihhorn arrive at Dachau, where he praises the survivors for their bravery and heroism, and then leads them in prayer. 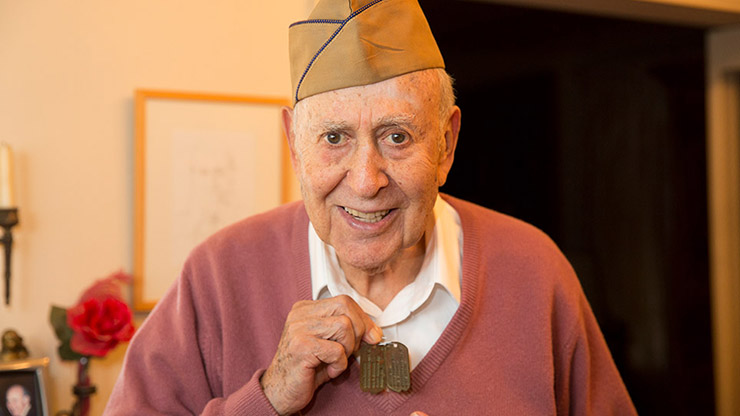 Ades says she wanted to tell a story about Jews in World War II that wasn't about victimization and shows American Jews as agents of change. "They had earned their citizenship by fighting in the war, by shedding blood, by being wounded, or in some cases, dying. They did their part.

"This is a very powerful story. Now is the time to be asking these questions and to be hearing these stories first person. We started with the 20 strongest stories, and the challenge was that we had all these great stories and all this great research, so how do you put that together and create a cohesive narrative?"

But the filmmakers did.

"There's been a lot done on World War II, but this is a different story. These are stories that tell of the Jewish experience . . . about what it was like to be a Jewish American during the war."

The movie gets its world premiere at the Miami Jewish Film Festival on Sunday, and will also have a showing in April on PBS stations nationwide.

"GI Jews" will have its world premiere at 6 p.m. Sunday, Jan. 14 at O Cinema Miami Shores, 9806 NE 2nd Ave., Miami Shores, FL 33138, and also at 7 p.m. on Tuesday, Jan. 16 at the Aventura Turnberry Jewish Center. Director Lisa Ades and producer Amanda Bonavita will be in attendance to introduce the film along with several of the GIs interviewed in the movie. Find out more and get the complete schedule at https://miamijewishfilmfestival.org. 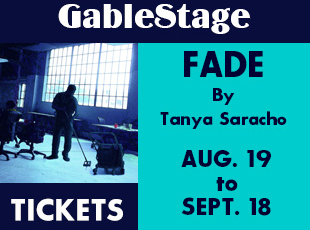