Hot Damn and Hallelujah! Can I Get An Amen For Church? 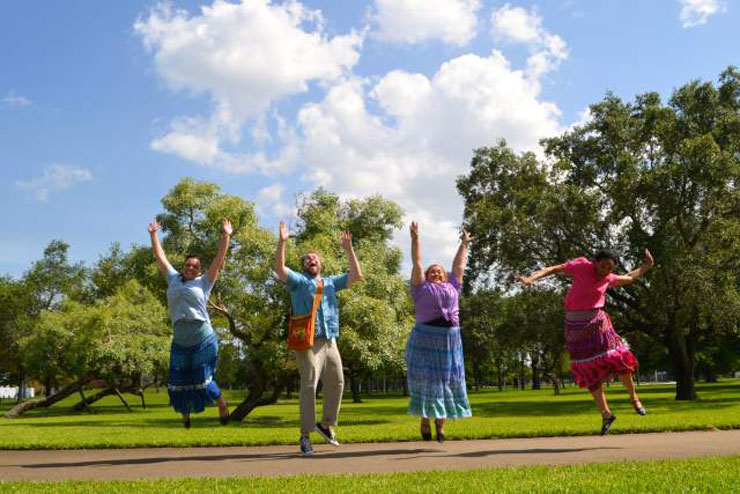 Our friend Google describes heathen thusly: a person who does not belong to a widely held religion (especially one who is not a Christian, Jew or Muslim) as regarded by those who do. Synonyms: pagan, infidel, idolater, heretic, unbeliever, disbeliever, nonbeliever, atheist, agnostic, skeptic.

I confess I fall into many of the above categories, but had someone taken me down in the river after watching Church I would have happily slid backwards into the blessed waters. Oh, yes.

Church is normally performed in a large tent on the grounds of Thinking Capâs new home, but moves to the Muse Center for the Arts when thunderstorms threaten. And last night the lightning was flashing so indoors we went. The crew toted the chairs and equipment a couple of blocks down the street, set everything up in just a few minutes and the show started almost right on time. Strong ceiling lights, (no optic ballet here). An inkling of the enthusiasm to come. 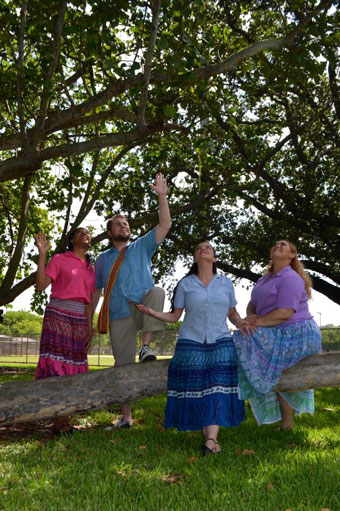 Written by the brilliantly imaginative Young Jean Lee, Church is a down home revival meeting. Revival of the spirit, that is. And as performed by Thinking Capâs cast it is completely enthralling pure theater.

It is an evening of gospel songs and sermons, dancing and joy. I know, thatâs pretty simplistic, but this cast is so captured by the material that their enthusiasm becomes irresistible.

Church opens with gospel music and thereâs a ton of it. The traditional âThis Little Light of Mineâ; âSomewhere Over the Rainbowâ (I know, that isnât gospel, but it certainly rocked); âLike a Prayerâ, gospel rock; traditional âDown in the Riverâ sung a capella by Gore and Olson; âIâll Fly Awayâ were just a few openers for the 60 minute one act evening.

Each of the four Reverends delivered stories of sin and redemption. All had hold of Young Jean Leeâs words and wouldnât let go, living every tale. Scott Douglas Wilson as the Reverend Jose had the lead. In every way. Three sermons/tales/testimonials, call them what you will, were mesmerizing. His love of the material inspiring.

I had made a note: âThis isnât a play.â But of course it is, in the very best sense.