It was bound to happen sooner or later. The behemoth that is the Marvel Cinematic Universe (MCU) is coming of age at long last. What it took for the House of Feige to get there was being a shoulder to cry on in the face of great loss. 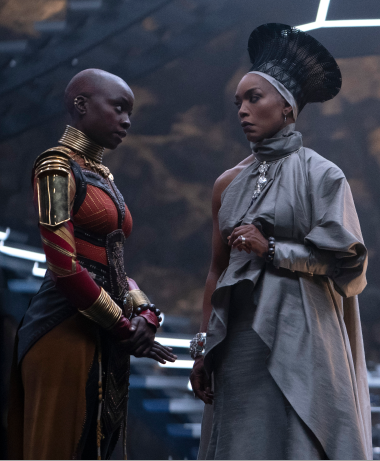 âBlack Panther: Wakanda Foreverâ continues the globetrotting saga partly set in the titular, technologically advanced African nation introduced in earlier MCU adventures and explored at length in the first âBlack Panther.â But this time, the show must go on without its feline do-gooder. Star Chadwick Boseman, who brought the central superhero and fearless ruler to life with such effortless charisma, succumbed to colon cancer in 2020. Rather than recast the part, the MCU powers that be opted to have his character's death written into the sequel.

It was a risky decision, but it pays dividends. âWakanda Foreverâ is that fairly rare sequel that deepens and in some aspects improves upon its predecessor. It's hardly a flawless endeavor (we'll get to that later), but it forces the franchise to grapple with grief in a way that, say, the more recent âAvengersâ movies couldn't quite pull off.

This is the part where I admit that, true to form in being a frequent MCU dissenter, I didn't heap praise on the 2018 âBlack Panther.â It's widely regarded as one of the better MCU efforts, but I think it's a decent enough spy tale that works best when it hews closer to the African folk tales that served as one of the source material's inspirations. It triggered a cultural moment far more significant than the film itself.

I couldn't bring myself to review it at the time of its initial release, partly because for once I didn't want to be a party pooper, especially when taking into account the thriving celebrations from Black communities across the country and abroad that it launched. Representation matters, director Ryan Coogler conveyed, and it can be thoroughly entertaining to boot.

Imagine this critic's surprise, then, to find âWakanda Foreverâ to be a bolder, richer, more nuanced undertaking. 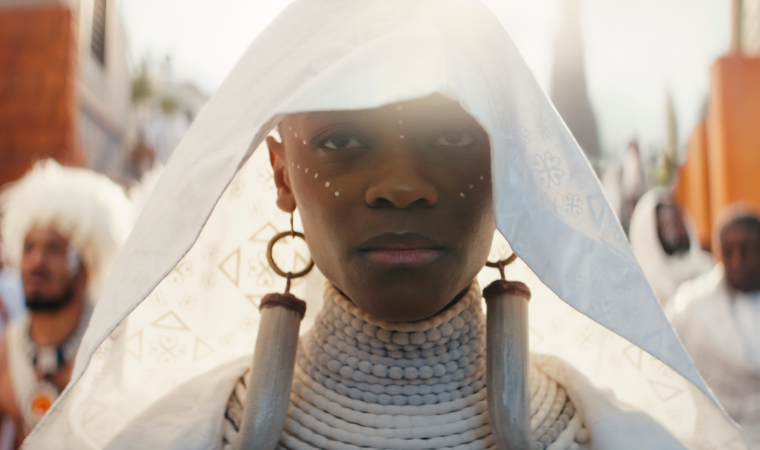 This is a relatively spoiler-free zone, but if you want to go in completely blind, this is the part where you can stop reading and come back after you see the movie. Coogler, back at the helm, wastes no time in acknowledging the passing of King T'Challa (Boseman), whose rise to the throne comprised a sizable portion of the first film, from an âundisclosed illness.â But following a solemn funeral procession, with mourners dressed in white, the film jumps forward in time.

There's global demand for vibranium, a rare metallic ore that gave T'Challa's Black Panther suit its superpowered kick and is believed to only be found in Wakanda. This leads to some shady Black ops from supposed allies that T'Challa's mother Ramonda (Angela Bassett, rocking the gray hair, Nichelle Nichols style), once again bearing the burden of the crown, calls out the heist in dramatic fashion in a very public way. The political intrigue leading to that satisfying mic drop moment unfolds as the U.S. continues its underwater search for vibranium, placing the characters on a collision course with oceanic royal Namor (Mexican actor Tenoch Huerta MejÃ­a). Given a Mesoamerican makeover, the Marvel antagonist frowns upon efforts from surface mortals to plunder the seas' riches. 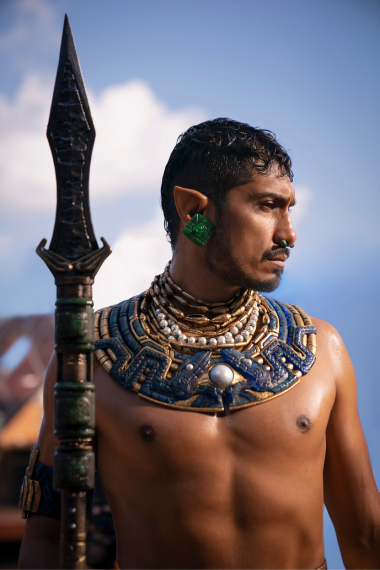 Namor's intriguing mythological backstory is one of the more fascinating aspects that Coogler, who co- wrote the screenplay with Robert Cole, brings to the table. It adds a resonant historical layer to his exploration of First World sins and the ghosts of colonialism without losing sight of the Wakandan characters.

Enter Princess Suri (Letitia Wright), racked with guilt over her inability to save her brother despite her considerable scientific skills. How the filmmakers weave a wary, not-so-diplomatic conflict between her and Namor allows âWakanda Foreverâ to examine at length humankind's impulse to make war. It's very much a minefield, Coogler conveys, but what happens when Wakanda evolves further into a matriarchy? There are mano-a-manos, to be sure, but those confrontations, violent and bruising, are interspersed with the kind of wheeling and dealing that all too often takes a back seat in these kinds of superhero adventures.

Suri's inner turmoil, coupled with Tenoch's potent case about humanity's ecological missteps, make for stimulating popcorn entertainment that, refreshingly, does not rely on a relentless onslaught of action setpieces, though a car chase through the streets of Boston and a climactic battle at sea deliver the goods, even as they lack the kinetic charge of Sam Raimi's âDoctor Strange in the Multiverse of Madnessâ from earlier this year. The character's grieving process and the moral quandaries before them take center stage here, and the film, passionate and fully felt, is stronger for it.

Still, with so many thematic and narrative balls being juggled, it becomes apparent âWakanda Foreverâ bites off more than it can chew, and at 161 minutes, fatigue eventually sets in. But unlike so many MCU outings, the magnitude of what's at stake comes through loud and clear. These are not invincible punching machines that can be killed and return under the right circumstances. They're fallible leaders who make mistakes, then try to rectify their actions. Next to what Ramonda, Suri and the stoic, kick-ass General Okoye (Danai Gurira) have to grapple with, the family rift at the center of âCaptain America: Civil Warâ feels like a petty domestic squabble. 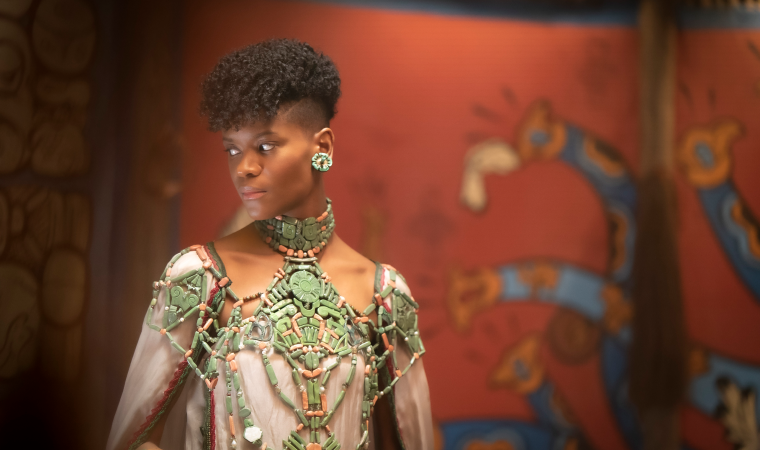 âWakanda Foreverâ is the final MCU entry from its Phase 4. (Yes, they map out their movies and Disney Plus series years in advance and divide them in phases, much like interconnected comic book arcs.) While many in the MCU hive have criticized the direction this latest phase has gone in, from where I'm sitting, the theatrical features have mostly played as films that finally let directors put more of a personal stamp and are allowed to look more like actual movies, as opposed to the point-and-shoot uniformity of prior phases. In the case of the new âBlack Panther,â cinematographer Autumn Durald Arkapaw brings an earthy naturalism that, I kid you not, occasionally recalls the work of Terrence Malick.

They can't all be winners. This summer's âThor: Love and Thunderâ was a tonally schizoid mess that saw director Taika Waititi mixing broad laughs with, um, a terminal illness. âWakanda Foreverâ also tries to be too many films at once, and it's not immune to the extraneous housekeeping content that just makes Marvel movies feel longer. But it still feels like a decisive step forward for the MCU. Not only is it a powerful tribute to a star whose screen presence could never be duplicated; it also points the way forward for Marvel, positing a future where the formula can be bent in directions that don't always dutifully fill a mold that was beginning to feel quite stagnant. It has telltale markings of sophistication and genuine growth. You know what that feels like? Progress. 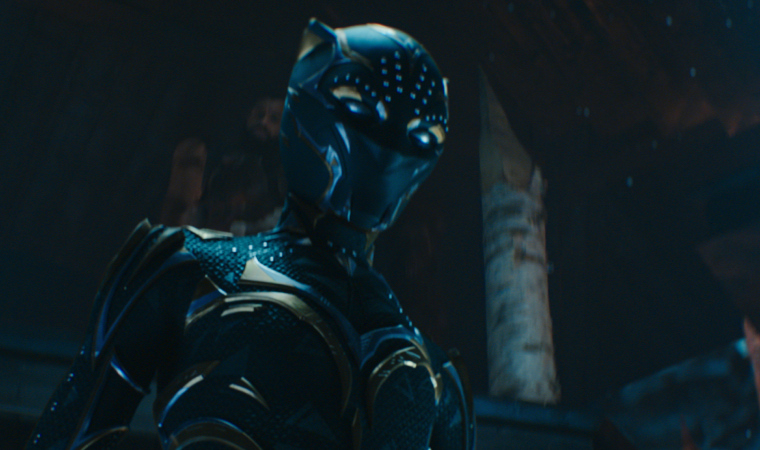