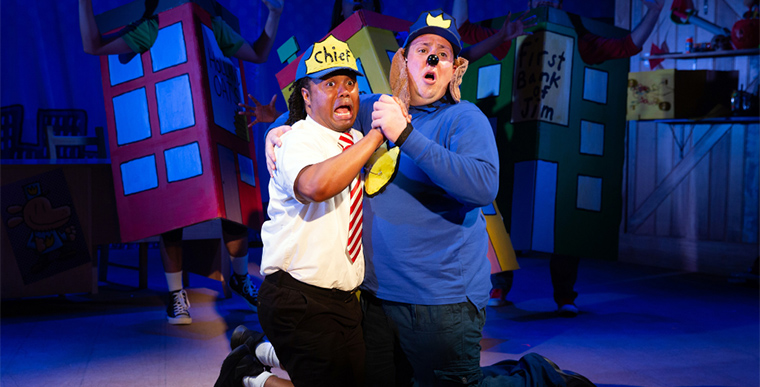 There was no time for the Miami Theater Center in Miami Shores to slow down when COVID-19 hit. Sure, they needed to keep everyone safe and they did, but they hardly missed a beat.

Victoria Row-Traster, the artistic director, and managing director Yolima De Avila, are getting ready to welcome back audiences on Saturday, Jan. 29, for MTC's first large, in-person show since the pandemic, TheaterWorks USA's "Dog Man: The Musical." Based on the popular book series by Dave Pilkey, the creator of the popular "Captain Underpants," there will be two shows at 1 and 4 p.m. 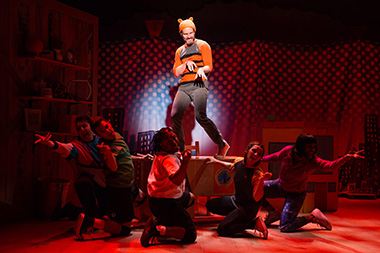 "We are excited about this show. It's attached to a book and a very popular group for the age group," Row-Traster says. The show is recommended for ages 6 to 10.

The artistic director says it's exciting to have people back into the theater after a long hiatus.

"We see that there is a need for it and there is a want for it. It's a great show. One hour with no intermission. It has a fun and beautiful message and it is connected to a great book," she says about the TheaterWorks USA production.

Like many arts organizations that had to change their way of delivering a live performance product during the pandemic, Row-Traster says they took the time to, as she says, look at things.

"We decided that this was the time if we were ever going to say that 'this is not working' or 'we'd like to improve this,' well that was it," she says, adding that during the transition, she was also able to double the size of her board. 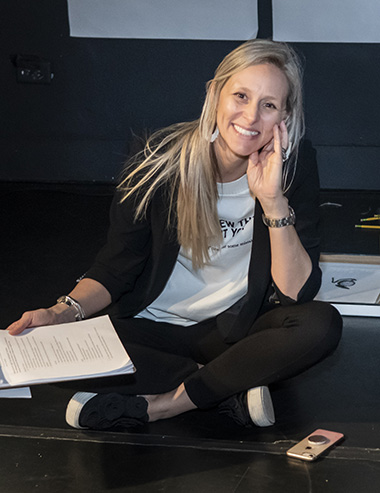 Victoria Row-Traster is the artistic director of Miami Theater Center.

"It's all women. It just happened that way. They are community leaders and movers and shakers who have said they wanted to get involved," Row-Traster says.

According to the artistic director, MTC also wants to create more of a synergy with other Miami organizations. She mentions Miami New Drama and Nu Deco for examples. "I'd like to tap into those incredible local resources."

Speaking of resources, the theater was always a resource for Miami-Dade County Schools for arts education with thousands of kids visiting every school year for field trips.

Row-Traster says that's another way that the pandemic actually changed MTC's way of delivering arts education to the schools.

"We joined forces with the Adrienne Arsht Center, the Miami-Dade County Department of Cultural Affairsâ South Miami-Dade Cultural Arts Center (SMDCAC) and Culture Shock Miami Program to form the new Miami-Dade Arts Education Collective. And what we did was make arts performances available and accessible during the school year with virtual offerings to replace traditional in-person field trips." 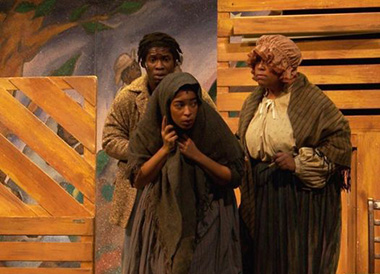 "Harriet Tubman and the Underground Railroad" will be MTC's first in-person field trip for Miami-Dade County K-12 students since 2020 in February.

She says it also allowed MTC to provide arts education to schools that were previously out of the geographical reach for the theater. "Some of the schools that were 2 hours away weren't able to come to the theater, but with the virtual/digital field trips, we've reached those teachers and students."

"With the in-person field trips on a good year we reach 10,000, so it's been really incredible," Row-Traster says.

MTC continues to collaborate with the Miami-Dade County Public Schoolsâ (MDCPS) Cultural Passport Program to provide virtual content to their school partners and are moving forward with in-person field trips in 2022.Â 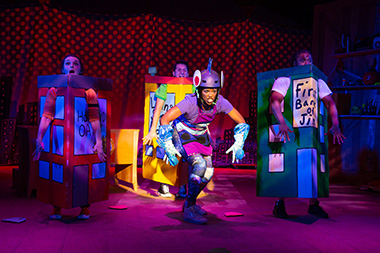 She says MTC can still remain hybrid even after the theater can be up and running with full, live seasons. "Obviously getting people back in the theater, well, that's our happy place."

But she likes the idea that they are "prepared and flexible."

"We can keep reaching our community and our schools and teachers when they need us," Row-Traster says.

As far as them never missing a beat since the pandemic began, Row-Traster fondly looks back on diving into the virtual world and presenting a production of "Lion King Jr." with the MTC young thespians Theater Club.

She said that it was part of their virtual summer camp and the learning curve for her needed to be quick.

"I took crash courses online and I taught it and directed it myself. And we managed to do this beautiful video montage of the kids doing their parts and we edited it and sent it to families.

Last year's camp was then held in person and Row-Traster said it went off without a hitch. "With six weeks of summer camp, we had zero COVID cases. And we went back to in-person because families were so desperate to have it. Parents needed somewhere for the kids to go and the kids wanted to get out."

In February, MTC will start back its in-person field trip for Miami's K-12 students with a presentation ofÂ  "Harriet Tubman and the Underground Railroad."

But first all eyes are on "Dog Man."

"It's a break from reality. I think kids and parents need that break."

With the head of a dog and the body of a policeman, "Dog Man" loves to fight crime and chew on furniture. Donât miss this epic adventure featuring the hilarity and heart of beloved characters from Dav Pilkey, the creator of Captain Underpants. Tickets on sale now.