Dancer-Choreographer Pioneer Winter's pieces leave some of the interpretation to the imagination, but there are some literal meanings, too.

Now he adds another physical theater initiative to his growing Collective of works. On Thursday and Friday at the Miami Dade County Auditorium On.Stage Black Box, the Pioneer Winter Collective debuts "Host," which its co-creator describes as an all-male physical theater work that explores power, authority, control, isolation, and desire. The piece was co-conceived with visual artist Jared Sharon. 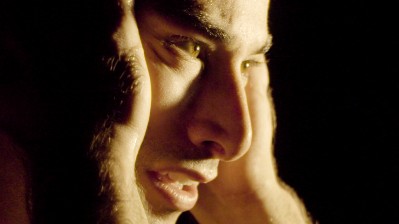 Winter's first master's degree was in public health, where he learned about the "epidemiological triad." He's currently pursuing another master's of fine arts in choreography from Jacksonville University. But the public health stuff continued to play on his mind. So much so that he's created a work around it.

"There's the host body, the virus, the invading organisms, and then there's the environment, and it's only when all three are together that the host is at its most vulnerable and the virus is the strongest that the infection will take over and occur."

So he finds that it is similar in personal dynamics, which is what "Host" stirs.


"It's similar with the idea of hosting a dinner party, where the hosts welcomes guests into their home and the host opens himself or herself up to vulnerability because they are inviting strangers into their homes. Then there are the guests who are visiting on someone else's turf."

What Winter has created in the black box space are two tribes of performers separated by a high white wall. "This acts as a separating membrane but it's also a sort of character." And then there's projection mapping onto the surface. "The performers may, at first, not know who is on the other side of the wall. They can hear what's going on but they can't see it and as the piece progresses it becomes more and more important for people to have contact on the other side of the wall, while at the same time it becomes more and more important to be isolated."

"Host," Winter says, has much to do with power dynamics, authority, control, submission, dominance, and while each of the characters is not human, they possess human qualities. "However," he says, "they are in the extremes of these dichotomies."

He uses another example of a dynamic portrayed in "Host." "The gay hook up scene is a dichotomy. Is it host or travel? My place or your place? If you can host (someone for anonymous sex) you have nothing to hide. You're not cheating on a spouse, you aren't living with your parents. But if you can only travel, you have something to hide."


The piece is performed by all men, but there's also a statement in the type of men that Winter has cast for his piece. "They don't all have dancer's bodies. I have people with bigger bodies and beards."

The choreographer feels that "Host" can go beyond the two days in the Black Box. "It has the potential to tour. I've been in communication with a few people including my mentors in Europe that I've worked with on my MFA. They have some ideas." He also said there has been interest from the curator at the American Realness festival in New York.


The Pioneer Winter //Collective is supported by several grants, but the funding for "Host" came out of a grant from Miami-Dade County Department of Cultural Affairs.