Strange things are afoot as The Boxtrolls, the latest feature from Oregon-based animation studio Laika, opens in what appears to be the middle of an abduction. Some slimy-looking troll is seen running off with a toddler down a dark street in an English town, and the effect is jarring, disorienting. 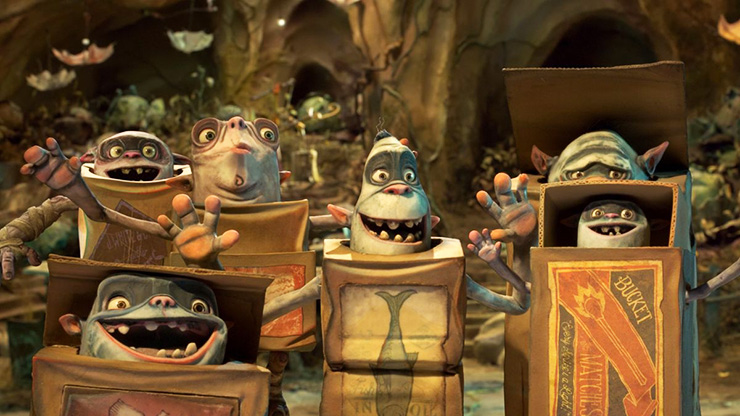 If directors Graham Annable and Anthony Stacchi are in a bit of a hurry to move things along, they're also none too keen on abiding by the status quo observed by so many family-oriented films working overtime to charm the socks off their audience. And it's precisely in its convention-thumbing stubbornness where this ornery, cheekily eccentric yarn with more than a passing resemblance to Aardman Animations' output (aka the people behind Chicken Run and the Wallace and Gromit movies) draws its storytelling strength.

The creature that's seen scuttling away with the snot-nosed tot is Fish, one of the film's titular critters, named after the nature of the cardboard box covering his torso. The nocturnal scavengers come out after dark and sift through the alleyways of the town of Ratbridge, a postmodern mÃ©lange of all things Industrial Age that nevertheless still manages to feel timeless. The Boxtrolls are trash collectors, you see, but when the film takes you to their underground abode, you see the inventive uses they have devised for the townspeople's garbage. The eye-popping 3D setpiece is a Laika trademark, one that merits comparison to the Mice Circus in Coraline, their first â and still their best â effort, and that magical sequence near the beginning of ParaNorman where a boy who sees dead people greets his ghostly friends while walking to school. 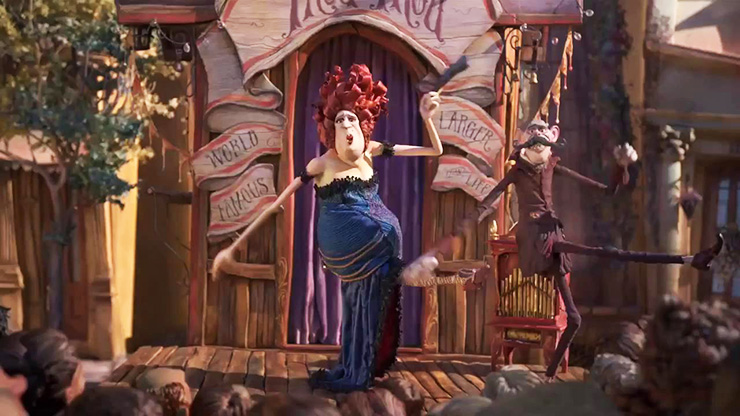 Fish rechristens the child he took âEggsâ after the box the boy is given, and a happy childhood â or I should say trollhood â follows, marred only by the hunting down of their kind by some feisty creature exterminators led by the unctuous, upwardly mobile Archibald Snatcher (a delicious Ben Kingsley, channeling Timothy Spall). This greedy waste of cell tissue has his eye on trading in his red hat (designating him as a Boxtroll hunter) for a white hat, which would give him entry to Ratbridge's elite Cheese Guild. Because in this town, no social position is more coveted than the one where you get to sit around and worship at the altar of curd. In order to attain that goal, though, Mr. Archibald, a man of secrets one would not expect to see in a children's film, must stamp out every single Boxtroll.

As the years pass and the boxtroll numbers continue to dwindle, it's up to Eggs (Isaac Hempstead Wright), with the unlikely assistance of Winifred Portley-Rind (Elle Fanning), the snobbish daughter of the Cheese Guild's leader, to dispel the notion that the creatures who raised him are a menace to society, even if that means Winnie's curiosity about the Boxtrolls will inevitably end in disappointment. When confronted with the reality these benevolent goblins mean no harm, she wails, âI was promised rivers of blood!â (You'll live, dear.) 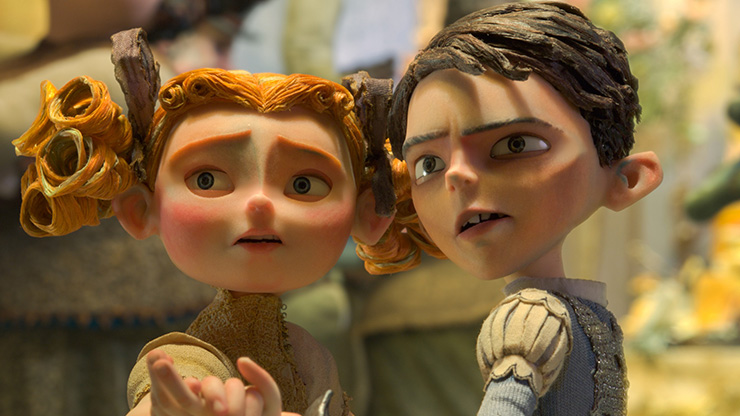 If The Boxtrolls, who are adapted from Alan Snow's novel âHere Be Monsters!â feels like a minor offering from the Laika folks â admittedly, it doesn't match the wit of the Nick Park films to which it pays homage â its simplicity works predominantly in its favor. The film's streamlined structure, for instance, is more tightly constructed than, say, ParaNorman's muddled supernatural hijinks. There are also fewer herky-jerky stop motion moments this time around, the studio's aesthetic Achilles' heel. All three Laika films celebrate individuality over groupthink to varying degrees, a progressive message The Boxtrolls delivers with genial echoes of Roald Dahl and Maurice Sendak. The film's idiosyncratic character design and veddy English quirks might not appeal to every moviegoer's palate, but its admirable refusal to beg for your sympathies, deftly executed by a game voice cast, brings out your inner Wild Thing.