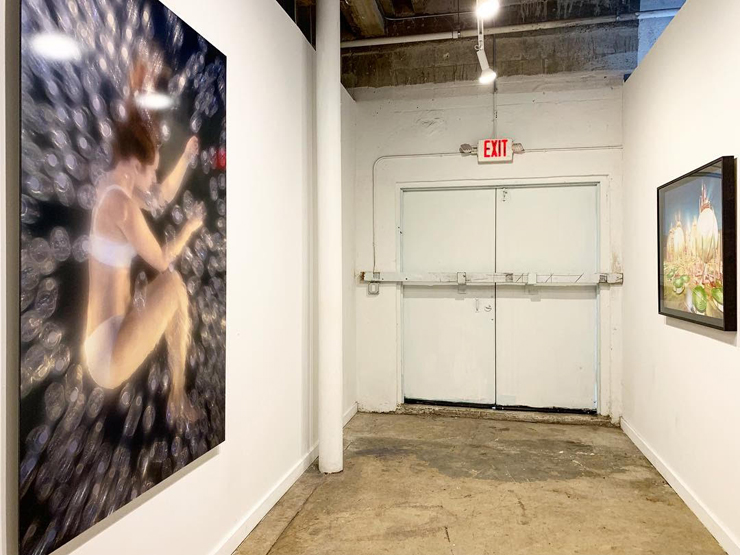 Art is often a lens through which one can envision the future. Using their imagination, artists conceive creative scenarios in their artworks, which consider their current environmental conditions and, when viewing their pieces, observers might imagine solutions for the burdens of present times. One of the most widely accepted issues now affecting Miami is sea level rise due to climate change. Naturally, local artists are tackling the subject at major exhibitions throughout the city.

The latest exhibition to draw attention to the heated topic is âThe New Normalâ at Laundromat Art Space. Opened to the public on Feb. 9, the engaging show, curated by Erin Parish, presents pieces about the environment from about twelve artists from all over the world in a variety of media including virtual reality, photography, painting, sculpture and interactive art.

According to Parish, âThe New Normal is about what we now consider acceptable, the greenhouse gasses, the water rising, the extinction of species. I wanted to curate a show in which each artist came from a different trajectory about aspects of this large subject that affects everyone, not just a certain class or race of people. Global warming doesn't discriminate."

Some of these artists have their studios at the Laundromat Art Space. One of these such creators is Andre Martinez. His piece âLife is Peachyâ is a mixed media assemblage that contains relics from his life drenched in peach colored paint. He explained that the artwork is âlayering of my life. Generally, everything I grew up with that helped me become the artist that I am today. Everything on there was something that was in my house that my mother went to throw away and I kept and collaged it to make something else.â 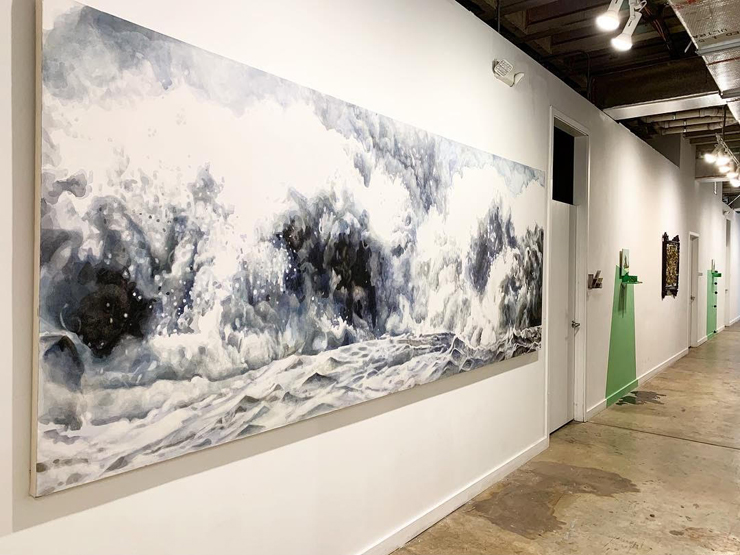 Another artist who used what might be considered garbage to create art is Jenna Efrein. One of her pieces,, of an alligator on the floor, is made from cast recycled bottled glass and is about conservation of the Everglades.

Christin Paige Minnotte, who also has her studio at the art space, is the star of the show. She creates alluring photographs on glass wrapped in bubble wrap that allude to nature, the environment, and our relationship with our surroundings. Her series of images titled âDisposable Ethic,â she said, are about âthe ethical relationship we have to our inventions and how we ethically deal with the invention of plastic.â The captivating pieces are accompanied by video projections and live performances.

Though the exhibit mainly presents the dark side of environmental destruction, it also makes room for musing about the future. An intergalactic tent is placed outside and visitors can sit inside the tent and be transported to the next frontier.

The New Normal is at the Laundromat Art Space through March 9. The art space is located atÂ 5900 NE 2nd Ave, Miami.Â Hours are Monday through Friday: 11 a.m. to 5 p.m., and Saturday and Sunday, by appointment only.Â  Info at www.laundromatartspace.com.