His Murals Live On in Miami Beach 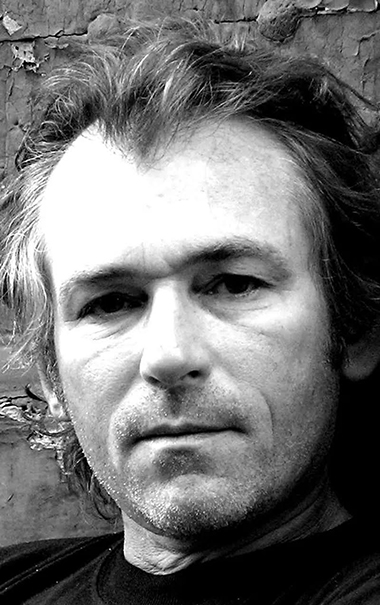 Ken Beberman was groomed as artist. Growing up on an island in coastal Georgia, "art was everywhere," he says. His mother is an artist and, he says, both sides of his family have people who are working creative artists. Everyone in his family is creative. This artist was taking classes with adults as a child and knew exactly who he was and what he was going to be when he grew up almost right from the beginning.

miamiartzine.com talks to Beberman about his start, his art, and what Miami Beach meant to him as an emerging artist.

miamiartzine.com: How did you end up in Miami from Savannah, Georgia?

Ken Beberman: I went to Ringling College of Art in Sarasota, Florida. I sold my first art for $35. My parents had left the country on a yacht and I virtually had no home so I kind of randomly moved to Miami after art school in 1983.I was 23 years old.

maz: Who or what are your influences?

KB: My earliest influence was Russian painter Wassily Kandinsky, but my influences grew to a multitude of styles, including Renaissance, Baroque, Fauves, Impressionists, Cubists and Realists. I would study the lives of my heroes and try to get inside their minds. And of course, the Art Deco movement. I was attached to that early on.

maz: The restaurant and nightclubs where you have created murals is a fascinating way to do art. How do you approach working on such a large scale?Â

KB: Clubs and restaurants started moving and restoration started soon after the resurgence in Miami Beach. I was introduced to the designer and pioneer George Tamsitt and he hired me to paint a lot of art and murals in the new nightclubs in South Beach. Suddenly, waves of artists came to attach their names to the blossoming district. I left the beach and moved to what was to become Aventura. Everybody was discovering me and I sold hundreds of paintings. Iâm still close friends with many of those clients and they still have the art at their homes. 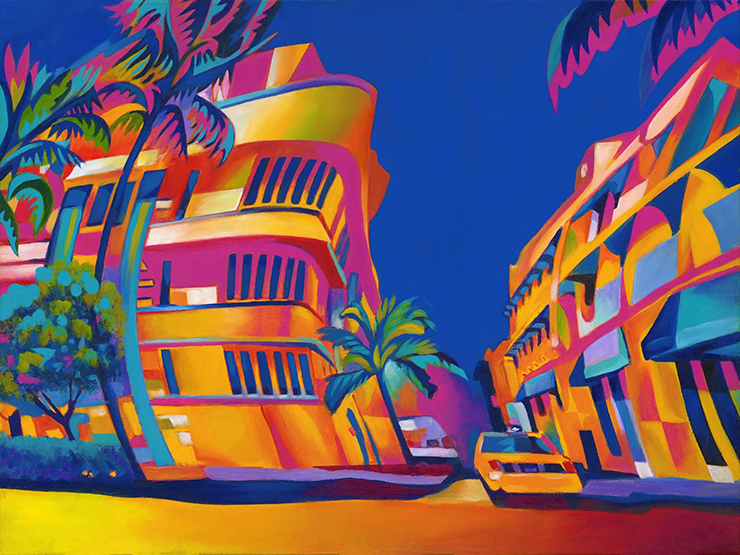 maz: Can you talk about the pioneering role that you had I in the artistic renaissance here in the early 1980s to 1990s?

KB: I went to the Art Deco District in Miami Beach and I saw the magnificence beneath the dilapidation and immediately saw an opportunity. Soon after, I met all of the early pioneers, architects, designers, developers and preservationists. Mostly people my age. Barbara Baer Capitman was the leader, who helped create the Miami Design Preservation League. The powers that be wanted to demolish the buildings and were betting on casino gambling being approved. Barbara gave me my first gig creating street sculpture and signs for Art Deco Weekend and she also gave me a booth there.

I made enough money to rent an apartment on Ocean Drive for only $400 a month. I became an activist to save the buildings along with my new friends. I started to sell art but struggled as there were hardly any artists there. It was mostly the elderly, the insane and drug addicts. "Miami Vice" premiered shortly after and I got a bit part. Suddenly, the place was becoming more well-known on a national scale and Art Deco was hot.

KB: For many many years, I was a muralist and my styles were all over the place. I was always solving design problems for my clients.My first mural project was Club Ovo on Miami Beach, in 1986. Then Paris Modern and Paragon. These were the seeds that made South Beach happen in its early renaissance. I designed two restaurants for Hiro Japanese plus painted murals in a third and that was very cutting-edge at that time and was very popular. Still is. From these places, I was in-demand as a muralist and designer. I did art for hundreds of businesses and high-end residences. Two very popular and current places are Japango in Parkland and Sazio in Delray Beach. 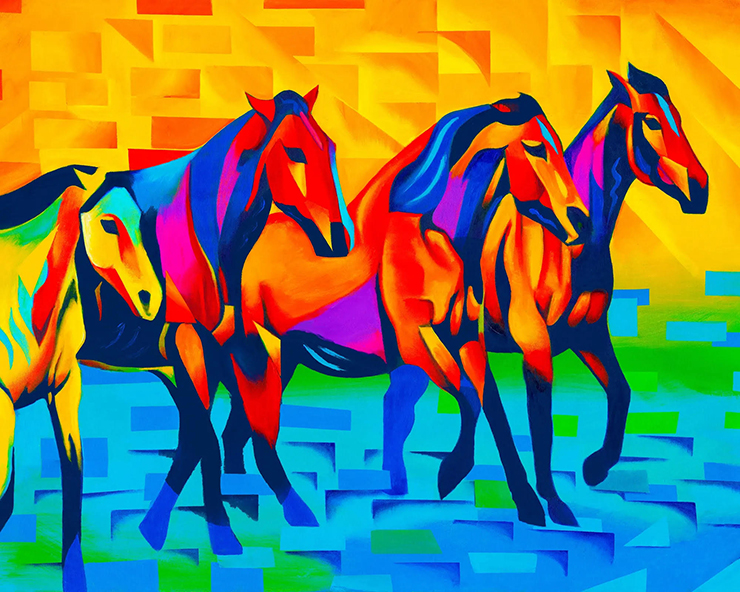 maz: What was your âahaâ moment where you knew that you had âarrivedâ as an artist?

KB:Â A spark of inspiration hit me at once about two years ago and I found my style in an instant. The moment I finished the first one, I knew instantly I was on to something big. I have been cranking out art in my new style since then. It has been a success beyond my dreams. Marilyn Goldberg, the legendary art representative took an interest in me and is promoting me and I was published in Fine Art Magazine.

KB: Everybody that sees it recognizes it as something different and special. As the demand for my work soared, I created a company called Art Repro in Pompano Beach, Florida. I developed a scanning system and acquired a 64-inch printer. So art goes in and an exact copy comes out. I am helping tons of artists make editions of their workm so my company is doing quite well, notwithstanding COVID-19.

maz: What would you like to achieve as an artist? Or have you already?

KB: I have had a long career since my early days on Miami Beach and I havenât done anything else but create on a daily basis. What is my ultimate goal? To be a household name, of course. I see it! and everything I both see and dream seems to come true.

maz: Where can we see your work?

KB: My new work is at The Heart of Delray Gallery in Delray Beach and Gallery Art in Aventura. Itâs also permanently exhibited at The Carlyle in South Beach and on Main Street in Southampton, New York. This new work is a combination between Cubism, Fauvism and Art Deco.Â  Itâs totally original, from the heart. The colors are supersaturated and the compositions have a kinetic quality.

Since everyone is checking out art online, you can also see my art on www.beberman.com and follow me on Instagram @KenBeberman.