A Dance Delight for the Holidays

Dance NOW! Miami Rings In the Season with Historical and Personal Works 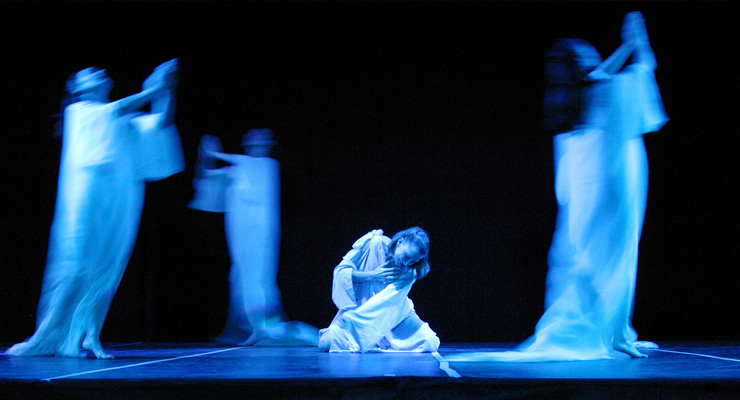 Co-founder of Dance NOW! Miami (DNM) says audiences can expect something akin to a sweet dessert in the company's "Stories for the Holidays."

âWe wanted to create an evening of peace, joy, and beautiful dancing through these stories,â says Salterini, speaking from an audition tour in Italy. âOffering small bites like the sweets you have after dinner.â 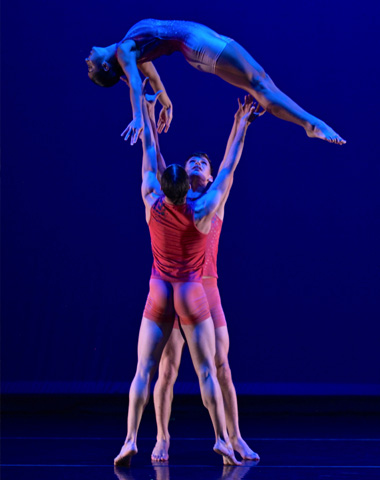 The show is Saturday, Dec. 11 at the Miami Theater Center in Miami Shores.

A suite of vignettes by Isadora Duncan, that has been in the works since 2019, offers a unique presence on the program.

Duncan's iconic works are about âthe connection between Mother Earth, humanity and the Divine.â says Salterini.

For Duncan, a visionary in modern movement, dance was the highest form of art. She felt dance movement was a manifestation of the human psyche and an affirmation of the human spirit. Her dances were the embodiment of independence and celebration to rediscover the rhythms and motions of the human body. Tragically, as history has it, Duncan died in a car accident when her scarf became entangled in the rear hub cap of her open car. Her final words are said to have been, âFarewell, my friends, I go to glory!â

Baumgarten and Salterini have gathered four of Duncanâs pieces, each having its own story.

Two of them, âAve Maria,â created after the death of Duncanâs child, and âHarp Etudeââ express graciousness, finding resolution and the bounty that are felt during this season. âVarshiaviankaâ and âDubinushka,â the other two works, are from Duncanâs Russian period and are more potent, powerful and direct.

As Baumgarten says, âThey speak to resilience, community and hope, especially after months of the pandemic, as we are taking steps to return to normalcy.â 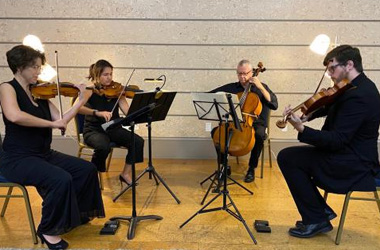 âThe works of Isadora have ideals of beauty and harmony that echo the American sentiment for the holidays,â Baumgarten continues. âWe kick off the holidays with Thanksgiving and end with the New Year and especially during this period, embrace a season of love, joy and thankfulness.â

The holiday program includes Salteriniâs âLunatico,â a solo that has been reprised for new DNM member, and North Carolina School of the Arts graduate, David Jewett. The solo is a poetic ode to the moon. Creating a solo is a very personal experience and Salterini has been waiting for just the right dancer to finalize the piece, he reveals. Jewettâs commitment and depth of movement were inspirational and now Salterini has completed the solo as it should be, he says,

Salteriniâs âThree Moments in Timeâ to Albinoni music reveals three couples in three separate moments of a relationship. It is an autobiographical depiction of first encounter, honeymoon and then a tenth anniversary.

âThe story starts off with a very festive duet, the second sees a little bit of loving conflict - a clear game where nothing is really going to be broken, and the third section is a congenial and loving maturity.â Salterini says.

âThe truth is that every person in the audience will identify with each of the duets,â Baumgarten assures.

Addressing female identity themes is seen Baumgartenâs âDie Frauenâ (The Women) and âAll Shook Up.â âDie Frauenâ is a series of lovely waltzes that is being revived for both men and women. 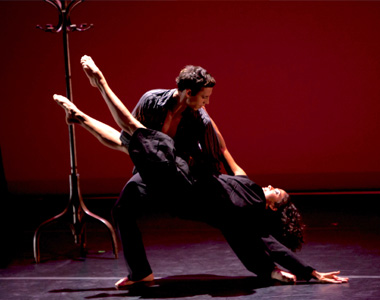 âFemininity has many shades and we define all those qualities within ourselves,â Baumgarten says. âThis piece is about the feminine in all of us.â

âAll Shook Upâ was initially created for the Out Games in a series of works about womenâs relationships with other women. This particular solo portrays a woman singing about how a relationship has "shaken her to her soul" as Baumgarten puts it. The solo will be performed by one of DNMâs Youth Ensemble Dancers, a wonderful opportunity to join professional dancers onstage.

The evening culminates with Jon Lehrerâs âSolstice,â a piece that has become âa good omenâ according to Salterini.

âJon is such a positive person who came with such great energy and a vocabulary that was very much in the realm of what we do. It truly made our first week of rehearsal, with four new dancers, an incredible way to get to know each other and to bond as dancers,â Salterini says. âI love his piece. It makes you smile, it is just exuberant dancing.â

âIt is one of those pieces that provides opportunity for the dancers to communicate very well with the audience and also to interact very well with each other,â Baumgarten says.

In addition, the South Beach Chamber Ensemble will be accompanying some of the pieces live as well as adding works from their own holiday repertory.

Salterini and Baumgarten say they can't wait to share the wonderful, joyous show for the holidays.