Wow! What a cast! Robert De Niro, Uma Thurman, Jane Seymour, Christopher Walken, Rob Riggie and Cheech Marin. So why would they sign on for this movie?

"The War with Grandpa" is based on a young adult book by the late Robert Kimmel Smith that won plenty of reading and children's book awards, but the movie plays out like a downsized version of "Meet the Fockers." De Niro plays a grandfather named Jack (De Niro's character's name in "Fockers," by the way) that decides to take on his grandson when the senior citizen comes to live with the family after he gets in a fight at the supermarket. 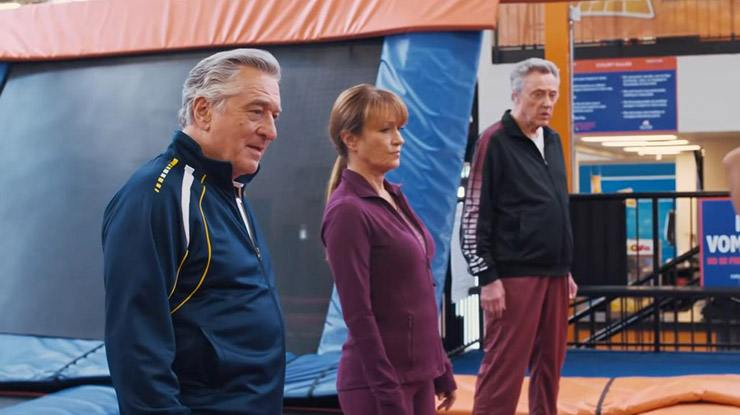 Grandpa Jack, however, has been giving Peter's room by mom, Sally. Sally is played by an unrecognizable Uma Thurman. Plastic surgery may have made her look younger, but it's taken away any ability for facial expressions.

The sixth grader is told he has to move up to the creepy attic.Â

Pushed by his school chums to take the old man on to get his room back, Peter (Oakes Fegley) writes Pops a declaration announcing war.

What else does the retired house builder have to do but concoct schemes to outsmart the sixth grader?

The film doesn't really get its mojo going until grandpa gets dropped off at his friend, Jerry's, which introduces the always loony Christopher Walken. Amazingly, this is the first time the pair has been together since 1978's "Deer Hunter." Need I say the bar is extremely lower here. 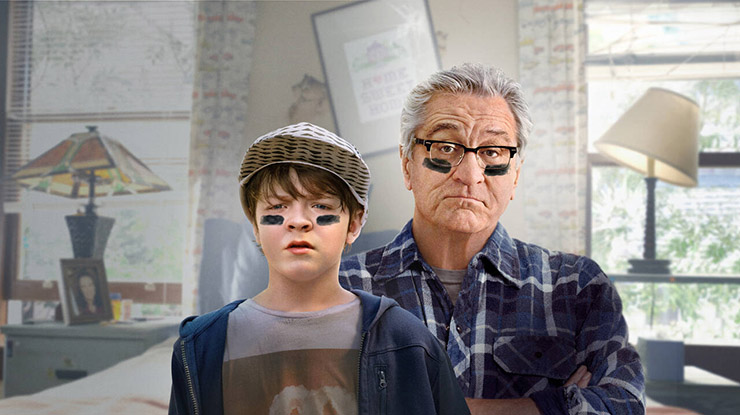 Robert De Niro and Oakes Fegley in "The War With Grandpa."

But Walken has a way with giving this movie some moxy. When he's on the screen with De Niro, which isn't enough, the film has some oomph.

The battles aren't really war per se but merely mild pranks. Thank goodness, it would have been unacceptable to have Peter doing anything that might seriously injure the old man. Perhaps there was an elder abuse clause in De Niro's contract? Glad, at least, they left those awful "Jackass" type stunts to the experts.

Grandpa falls flat a few times, though, and so do the jokes. Case in point: Grandpa has a collection of marbles that he treasures but they get lost going down a grate during one of the pranks. You know where this is going: "Grandpa lost his marbles."

In school, Peter is the punching bag for the bully. One of the few highlights is when Grandpa and his AARP bad guys go to mess up the punk.

As for Peter's friends, I can't imagine they would even be appealing to 8 to 12 year olds. One of them is proud he's starting to grow hair on his face. In one of the opening scenes, we see the pals trying to check it out, but their believability is about as slight as the hair on the kid's upper lip. 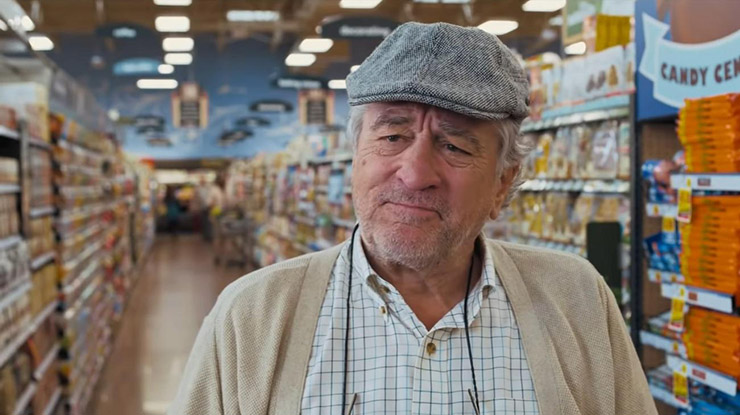 His other pal is consistently tormented by his sister, a series of embarrassing moments including revealing the kind of briefs her brother wears.

There's one solid highlight in this movie, but I can't say slogging through the film is worth the wait, however.

The final showdown becomes a battle between Peter's team and Jack's team, which includes Marin as buddy Danny, Walken at his looniest, and Seymour as a grocery store worker who has taken a shine to Grandpa Jack.

Oldsters versus youngsters as they meet at an indoor trampoline park (Atlanta's Sky Zone in real life and obviouslyÂ  no COVID precautions in this film that was shot in 2017) for a game of dodgeball, winner takes all, which is primarily Peter's bedroom. 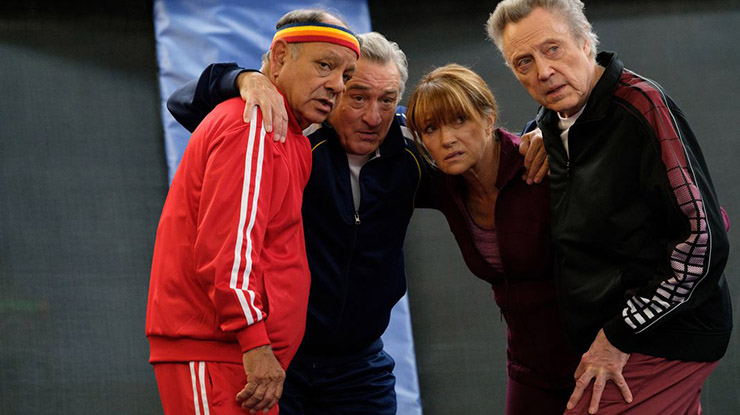 That's not the end, though. This film needs to be tied up with a Hallmark channel bow as the youngster learning some valuable life lessons in the end.

If you're looking for something to keep the kids entertained, this will do it. For the adults, the only battle here will be the one that keeps you from constantly questioning, what were these A-list actors thinking?

The movie opens in theaters Friday.