Dance Drama Gets Inspiration From Story 'The Cast of Amontillado' 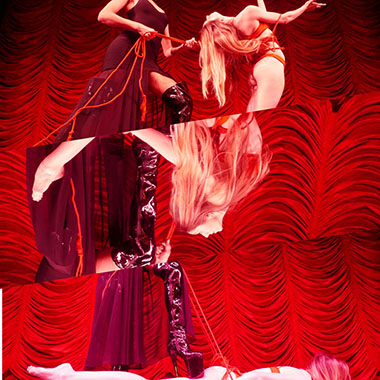 Marissa Alma Nick, founder and artistic director of Alma Dance Theater, is not one to shy away from pushing boundaries. She has created pieces such as âFlowersâ which deals with aging and dying and âRebel in Venusâ which touches on the #metoo and #timesup movements.

Her latest dance drama takes its inspiration from Edgar Allan Poeâs "The Cask of Amontillado," a macabre tale of a man taking fatal revenge on his friend. Nick changed both the protagonist and antagonist to women. The work examines the relationship between the victim and her abuser.

"The Cast of Amontillado" is, like much of Poeâs work, a dark piece. It was published as a short story in 1846 and tells the story of Montresor, who tells a stranger the tale of how he enacted revenge on Fortunato, a friend, who he believes has insulted him. Montresor lures Fortunato into a wine cellar by promising him a taste of a rare cask of Amontillado. Fortunato falls into the trap. Which leads to the horror story. Over the years, Nick has presented âCaskâ at Halloween, always with a different cast, new themes: either stylistically or musically. 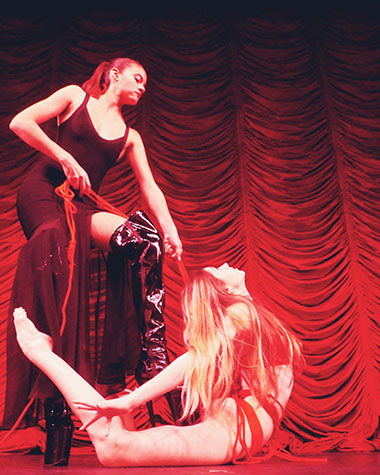 In a telephone conversation, Nick says she has been attracted to the story since her senior year in college when her class was assigned a character study. She liked the complexities of the characters in the short story. She says, the story has stuck with her through the years.

Now's she's reimagined it for Faena Theater, which she says is an ideal venue for â Caskâsâ recent adaptation. She says she's imbued it with a 1980s feel to it. The music includes artists such as Prince, Phil Collins and other recognizable 80s. songs. The story: ballet is told from the protagonist point of view and the dancing aspect is how the memory is played out.

Nick has developed her own unique stye of presenting dance. She moves easily from the stage to site-specific works such as â Goddess Peleâ which was performed at Vizcaya Museum and Gardens and which dealt with the journey of destruction and rebirth. âMira El Marâ examined climate change. Nick has consistently reinvented her work. No two pieces are alike and each delve into a different subject

Nick has given the current piece a gender twist, which lends a interesting take on the story. Montresor kills Fortunato, takes pleasure in doing so but is also heartbroken at the death of his friend. Nick says she âloves to explore this insane pleasure and heart break.â This is not a typical tale of murder. The mystery in â The Cast of Amontilladoâ is, in fact, the cause for the murder. This is the question which seems to drive Nick as she presents her different adaptations.