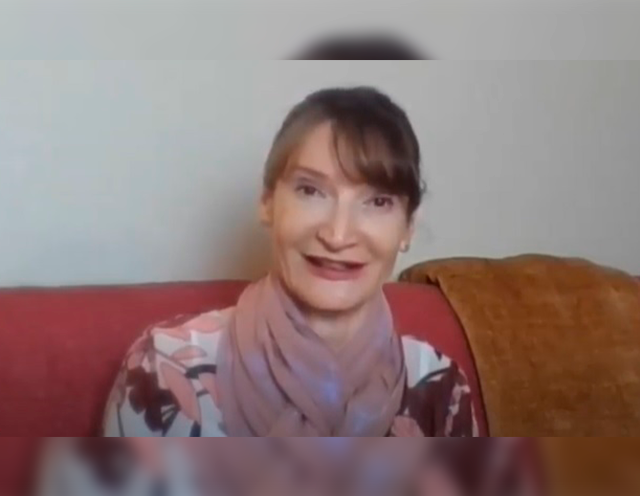 In October 2020, Miami Beach playwright Marj O'Neill-Butler saw the submission call from Santa Clara's Breath of Fire Latina Theater Ensemble. In conjunction with Protest Play Project, they were seeking a collection of monologues to honor those who died from COVID-19.

"The death toll is staggering, but each data point is an individual" was the producer's message.

Each writer was asked to: Choose the story of someone who died from COVID-19. Write a one-page monologue. "Lean towards celebrating and memorializing life."

O'Neill-Butler's "Iris Cornelia Love" is about the playwright's late husband's first cousin. She was a well-known classical archaeologist, a member of the Guggenheim family, and died in April of COVID-19 at the age of 86. The monologue made its premiere on Tuesday, Jan. 26 on the Ensemble's YouTubeChannel.

Watch all the monologues here. 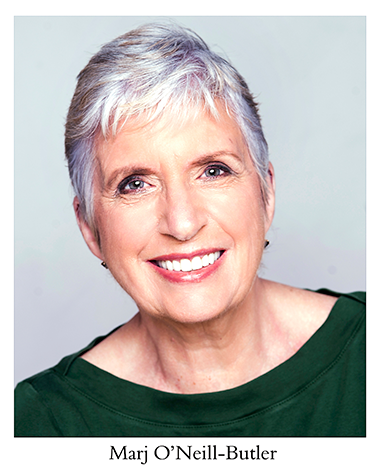 miamiartzine.com talked to the playwright about the monologue, telling Iris's story and how she's coped with writing during COVID-19.

miamiartzine.com: Had you written or had an idea for your monologue "Iris Cornelia Love" before you saw the call for submissions?

Marj O'Neill Butler: I wrote it specifically for this. The call was about people that you knew that had died of COVID-19, so I wrote this piece about my late husband's first cousin.

maz: I've read about Iris Cornelia Love since we spoke about your monologue being accepted. I found a story in Departures magazine that started off comparing her to the "stock characters of the 1930s screwball comedy â the madcap heiress."

MONB: She was an interesting gal. I only met her a few times, but those times are etched into my head. She was this huge figure â I mean, literally, too. She was tall and strong looking. She was this bigger-than-life anthropologist who became known for rediscovering the long-lost Temple of Aphrodite in Turkey.

maz: Sounds like great subject matter for a character, for sure. In the monologue you say she was "known in the 60s as Indiana Jones in mini skirt." Great line. And that she "was one of the born rich. Very rich. Trust fund rich."

MONB: Definitely. She was born very wealthy. Her mother, Audrey Love, was one of the biggest philanthropists in South Florida. (Audrey Love contributed to the construction of the Metropolitan Opera in New York and helped finance the Florida Grand Opera as well. She died at the age of 100 in 2003 in Key Biscayne.). Audrey was the granddaughter of Isaac Guggenheim of the Guggenheim family. So, Audrey had plenty of money and she was very generous with it.

MONB: Yes. She was not afraid to be herself. She was an "out lesbian" when it wasn't fashionable, or legal to be one. Her partner was newspaper columnist Liz Smith.

maz: I certainly don't want to give too much away, but it's time for a Kleenex when the monologue goes into her last days, referencing her strength and then her dying from the virus.

MONB: I was glad to write about her. Then I sent it off and I thought maybe they'd pick it. They did and now it's filmed and online. I am glad that it is, so people can know of her and remember her.

maz: You have had many short plays produced and now, this one.

MONB: Well, I'm always tuned in to the submission calls. I'm always looking. I want to see my stuff produced. I take the time to write it, I want it to be seen.

maz: How was this year?

MONB: It was surprisingly good, considering. The total of the full year was that 10 percent that I submitted got produced, which is really good.

maz: Did your writing slow down during COVID?

MONB: No. Just the opposite. I've used this time well. I've written 16 short plays, two one-act plays and 9 monologues. I haven't felt the pressure that a lot of other people have felt about the pandemic, I think, because I just put myself to work.

maz: You gravitate toward the short plays, it seems. 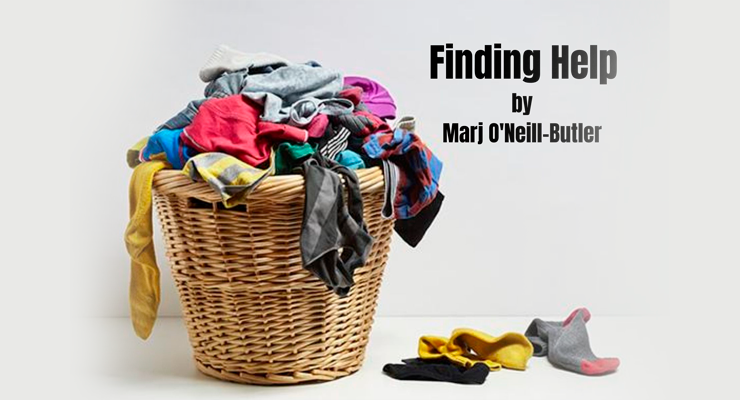 MONB: I've sort of found that niche and I've been success. A company in Sarasota picked one of my recent plays called "Finding Help" and I won a second place â they call it runner up â award.

maz: What is "Finding Help" about?

MONB: It is a short play about an older woman and her daughter and the daughter is trying to get the mother help and maybe will put her in an assisted living. The mother wants nothing to do with it and the daughter brings in this guy and, well, he wins her over. In the end, she discovers that it's OK to have somebody there to help her.

maz: I would think it would be very difficult to pack a whole beginning, middle and ending into 10 minutes. Establish characters, that sort of thing.

MONB: By page 3 you have to know what the crisis is and that's pretty much it.

Read about all the author's plays at New Play Exchange. Click here.