'Boca' at GableStage is Fluffy Fun 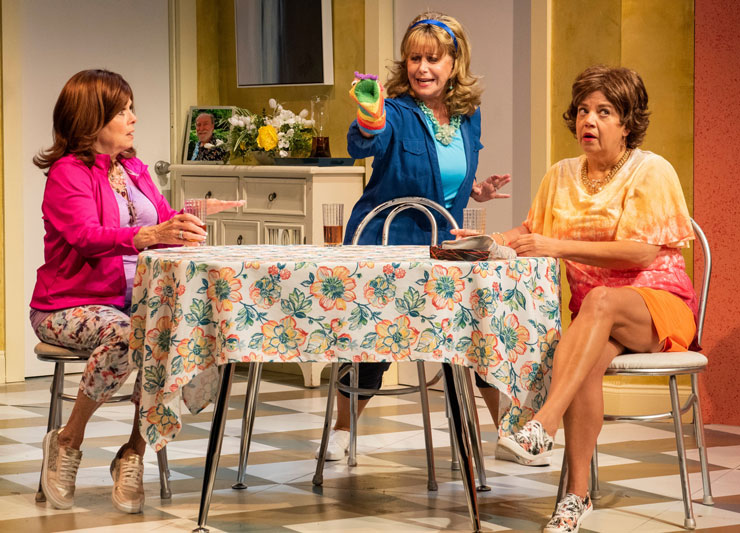 If live theater and a beach read had a baby, it would be "Boca," now on stage at GableStage in Coral Gables.

A collaboration between GableStage and Barrington Stage in Massachusetts, "Boca" began life as a 10-minute play by Jessica Provenz and premiered at Barringtonâs 10x10 shorts festival. To say that Provenz expanded that original 10-minute play into a full-length play is not exactly true.

Itâs perhaps more correct to say that the original 10-minute play spawned nine other related 10-minute plays using some of the same characters and using the same theme: life among the retired set in the upscale Boca Oasis Club community in Boca Raton.

Directed by Barringtonâs Julianna Boyd, each scene is pretty much a self-contained short play about different aspects of life in a retirement community; they even have separate titles in the program. In âAll In, Ladiesâ a woman hosts two friends for a poker game with unusual stakes.

âThree Inchesâ details a Zoom meeting of some condo board members and their tyrannical board president, who dictates how high the grass is allowed to grow. In âOn the Rocks,â a husband goes to great lengths to ensure his wifeâs victory in a condo board election. âSilver Alertâ gets two scenes, with two friends embarking on a spontaneous Thelma and Louise-inspired road trip, senior-citizen style. The scenes are framed by two friends, Marty and Mo, chatting as they wait for the valet to bring their cars. 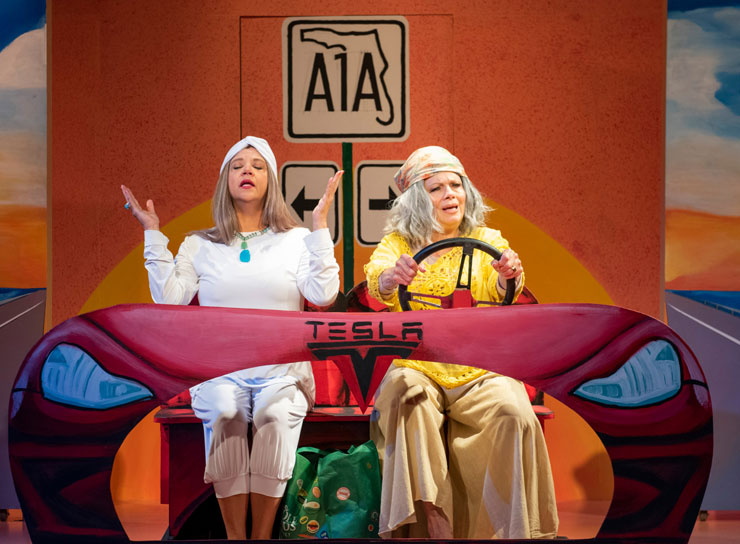 Barbara Bonilla and Deborah Kondelik hit the road in "Boca" at GableStage. (Photo by Magnus Stark)

Five actors play 11 roles. Beverly Blanchette is hilarious as a former kindergarten teacher who uses a puppet to keep order among the other retirees, and also as a stereotypical condo commando. Barbara Bonilla mines the laughs as a woman desperate for some companionship with a recent widower, played by Avi Hoffman. Hoffman embodies the laid-back life of a Florida retiree who is devoted to his wife.

Deborah Kondelik is funny as a wife who doesnât understand her husbandâs sentimental anniversary gift. Robert Zukerman plays three characters, and shines as a sour-puss husband in a âspite marriageâ with his bossy wife. Zukerman gets the loveliest moments in âThe Playoffsâ reminiscing to an absent friend about his passion for baseball and the dream career that almost was. 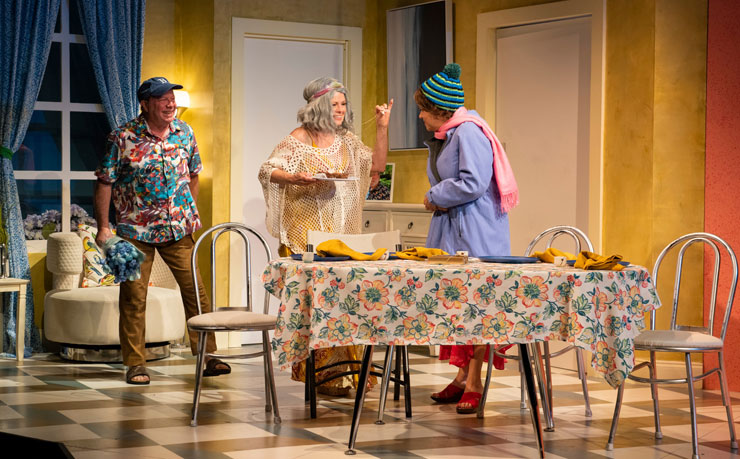 Avi Hoffman, Deborah Kondelik, and Barbara Bonilla on a scene from "Boca" at GableStage. (Photo by Magnus Stark)

"Boca" is unusual fare for GableStage, long known for its provocative dramas. And while itâs not the kind of play avid theatre-goers have come to expect from the prestigious company, "Boca" is laugh-out-loud-funny. "Boca" is a trifle, a bit of fluff, the theatrical equivalent of that breezy beach book you pack for vacation and leave behind for someone else to read.

"Boca" runs through May 22 at GableStage in the Biltmore Hotel, 1200 Anastasia Ave., Coral Gables. For tickets and more information, visit GableStage.org.