A scene from the film "Reviver."

Among them, Anna Muylaert, Rosane Svartman, Tizuka Yamasaki, Sandra Kogut, Mini Kerti, Sabrina Rosa, FlÃ¡via Castro, Christiane Jatahy, Adriana L. Dutra, and Tata Amaral. According to the organizers, theÂ filmsÂ represent the female presence in the audiovisual and provoke reflection on gender equality in the sector. Some movies are must-see classics, and others are premieres. 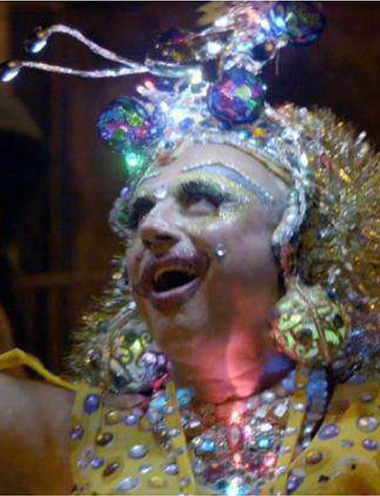 FeatureÂ filmsÂ run at scheduled times, and once they are started, viewers must watch within 4 hours. In addition to the classics directed, produced or written by women, the series highlights premieres, such as "E AlÃ©m de Tudo me Deixou Mudo o ViolÃ£o," by Anna Muylaert; "Quero Botar Meu Bloco na Rua", by Adriana L. Dutra; and "Reviver", by Patricia Niedermeier.

The shorts are available for viewing any time until the end of the exhibition on July 13.

"The exhibitionÂ 'Women in theÂ BrazilianÂ Audiovisual'Â shines a spotlight on women in the sector. It aims to recognize their talents and expand the debate on the importance of equality in the industry," says the event's curator, Adriana L. Dutra, who has held for 25 years the InffinitoÂ FestivalÂ Circuit, along with partners, ClÃ¡udia Dutra and Viviane B. Spinelli.

"The history of the audiovisual industry, excluding women, reflects a patriarchal society long urged to renew its values.

Women are gaining space and recognition, but their participation is still small, given the number ofÂ BrazilianÂ productions. According to the last survey conducted by Ancine in 2016, women directed only 19% ofÂ BrazilianÂ filmsÂ released in that year, and no black woman has ever officially directed a featureÂ film. Female screenwriters represent 15%, and executive producers have the highest percentage with 39 percent, while the direction of photography represents only 5% of the market.

(The BrazilianÂ FilmÂ FestivalÂ of Miami is confirmed and hoping it can host its 24thÂ edition in theatersÂ  September 12 to 19, 2020.)

Films and synopsis for the virtual fest are available at inffinito.com.