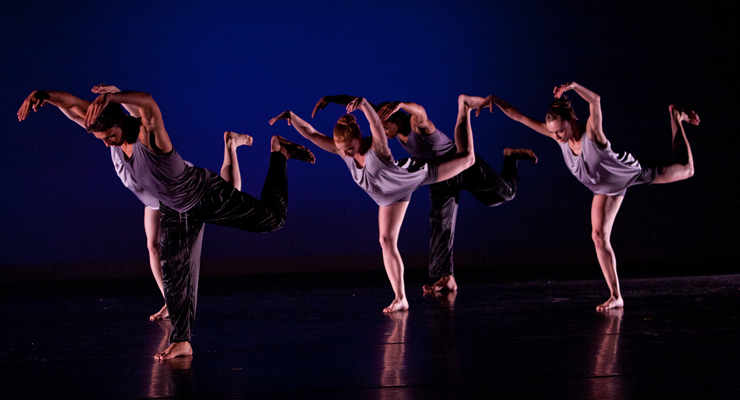 It was crowded in the intimate Colony Theater on Lincoln Road, on Saturday, Dec. 21, as the audience awaited the start of Dance Now! Miami's 20th Anniversary inaugural program. As co-artistic director Hannah Baumgarten stated in her opening remarks, the company had moved from â adolescence into adulthood.â The performance featured three premieres: Daniel Lewis' take on the #metooMovement, Angela M. Gallo's all male piece and co-artistic director Diego Salterini journey into the metaphysical. Also, Baumgarten revived her study of the dark shadows of insomnia.

Lewis' piece, Women II, opened the program and carried a strong message regarding the #metooMovement as it relates to the younger generation. Joining the Dance Now! Dancers were five young girls from Conchita Espinosa Conservatory of the Arts in Miami.

Lewis is the founder and former dean of dance of New World School of the Arts. This is the first piece he has choreographed in twenty-five years, and he has not lost his touch. The work radiates pride and dignity among the dancers. The younger dancers held their own against the Dance Now! Miami professionals.

The ensemble entered from the front of the house, arms and chest held high as they ascended the stage in a line. Once on stage, they formed a circle, executing turns and arabesques with arms reaching high. At times the two groups performed together, at other times they are apart, but there was always a sense of connection between them; as if the older generation were leading and instructing the younger generation in the pain and gains of the #metooMovement.

A poignant moment occurred when one of the younger dancers walked on the backs of the company dancers to reach a pinnacle on the shoulder of another Dance Now! Miami member. It was a statement of strength and self worth. The music accompanying was "I Don't Want to Set the World on Fire" by the Ink Spots- ironic since that is exactly what the younger generation is set to do. The costumes, jeans and colorful tee shirts for the younger dancers and black leotard and leggings for the company dancers, were conceived by Lewis and the cast.

The music and the jeans and colorful tee shirts gave a nod to the 1960s , another time of unrest in American history. Women II left a strong impression in the manner in which it brings the two generations together and what they can learn from each other. 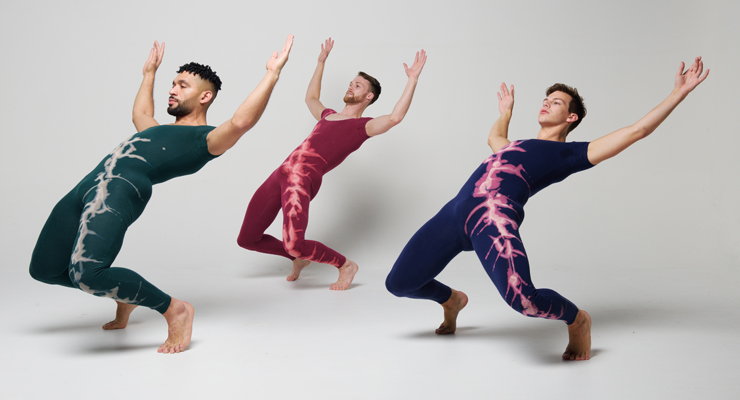 "Those Things...," the next premiere on the program, is a collaboration between Dance Now! Miami and Coker University. The choreographer, Angela M. Gallo, has created a piece that features an all male cast dressed in short sleeves tee shirts, shorts and knee pads. The music is a "Soft Throbbing of Time" by Frank Bretschneider. The piece is tight and precise in its movement.

At times, the men resembled wrestlers in a ring, at other times they seem to support each other, taking turns lifting each other. Jumps in attitude give way to lifts and swings. There is a gravitas to this piece. Gallo's work is reminiscent of Ted Shawn, one of the first pioneers of American modern dance and his company Ted Shawn and His Men Dancers. They too were a strong group of male dancers. Gallo's piece ends with the men gathered in a cluster- united in their shared experience. It leaves us wanting more. 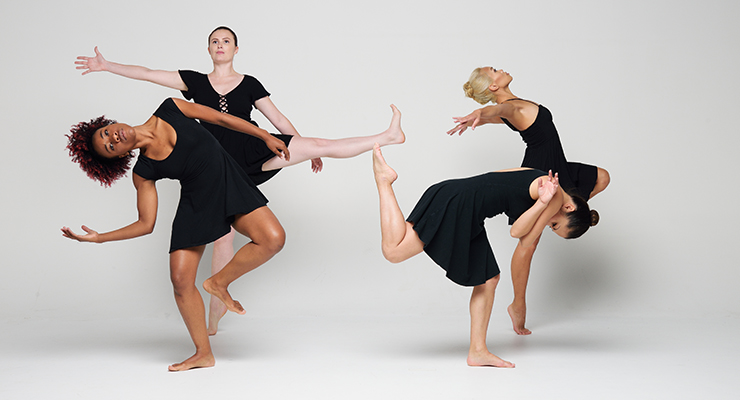 Baumgarten's "Visions of Unrest" (excerpt, 2011) begins with a dancer on an oversize pillow. By her movements it is clear that she is suffering from insomnia, which only intensified as the piece progress. Her insomnia is relentless as she navigates her desire for sleep. The second segment is "Dreams,"Â  which brought more dancers on stage and into that realm between sleep and awakening, It is a no man's land where dreams are the artificial result of sleeplessness and the subconscious mind pushing against each other.

The dancers react to this dream state with elements of unrest. The final segment, "Awakening," is a realization that the unrest is real and there is no escape from the realities of whatever is driving the insomnia. The dancers movements are edgy, showing signs of uneasiness. "Visions of Unrest" is a piece for and of our time, for even in our dreams and reality there are still signs of unease. The piece finished with the dancers prone on the floor, we wonder if it is restful sleep or only a moment's reprise from events to come.

Act II of the program gave us the premiere of Salterini's "Elemental," based on the elements earth, water, fire and air. Elemental marks a milestone in Dance Now! Miami history. It showcased a mature company presenting a thoughtful and excellently executed piece. The costumes are by Haydee Morales and Maria S. Morales. It starts with Gaea- Mother Earth who was portrayed by Julia Faris. Hers was a generous earth offering nourishment and plentitude. Three male dancers lifted her up, were grounded by her and embraced by her. This was a giving and forgiving Earth. 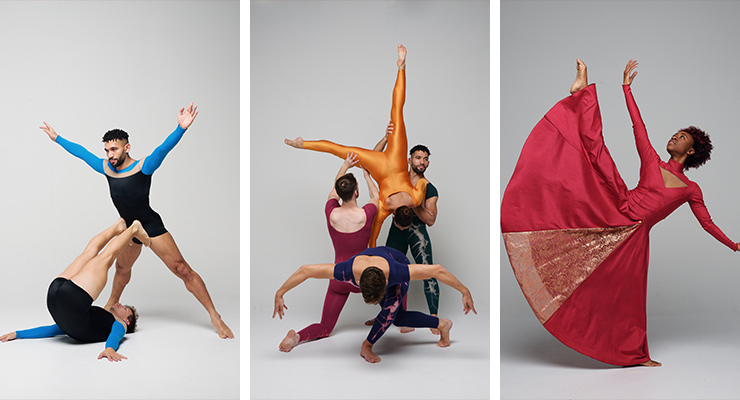 "The Shifting Weight of Water" saw the dancers dressed in shades of blue. The dancers became the current, the ebb and flow of the sea and the depth of the ocean. They formed into whirlpools, waves and the calm water brings. There were hints of Doris Humphrey's (one of the first generation of modern dancers in America) 1928 "Water Study," with the use of breath to create the sound of water and the use of her fall and recovery technique within the piece.

"The Shifting Weight of Water" stirred us to contemplate the huge role of water in our lives and the fragility of it on our planet.

"The Fire of Faith" completely filled the stage with Mahalia Jackson's powerful rendition of "Precious Lord." Benicka J. Grant gave a masterful performance in this moving spiritual. Outfitted in a dress of orange and yellow she was tested by fire. Grant moved with elegance, and grace; sweeping attitude turns and jumps gave way to gorgeous arabesques. Her dancing matched the beauty of Jackson's Precious Lord. Fire met fire in a piece that continued to glow long after the performance was extinguished. 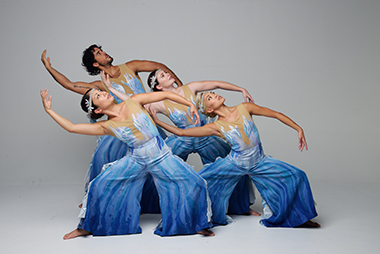 The final element, air, was titled "Heavenly Creatures" and had a spiritual component to it. The dancers were dressed alike in flowing white dresses with hanging sleeves. Dancers entered and exited this sacred place in runs and turns like celestial beings. The music, by Nils Frahm, was a perfect complement to the piece. Peace, lightness, and harmony marked by subtle yet strong choreography made this an audience favorite.

Salterini's "Elemental" is a remarkable piece in the manner in which he presented the elements, each with its own particular strength. Yet, what sets this piece apart is how independent each element is and the excellence of it as a whole. Dance Now! Miami is entering its next chapter with strength, vision and experience from its first 20 years.