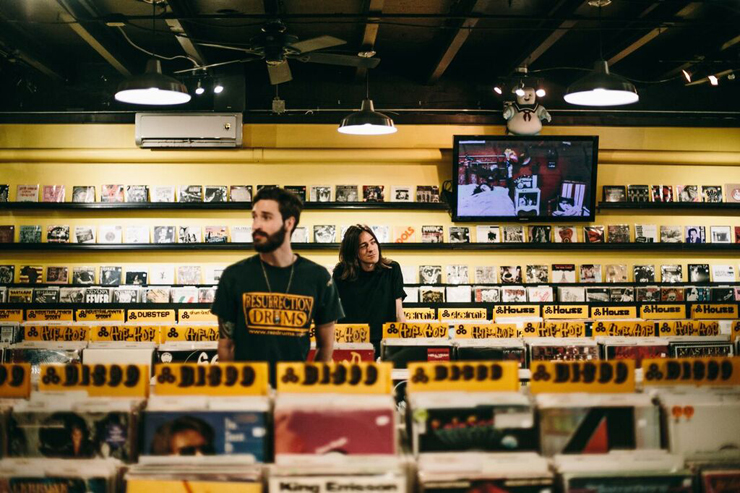 Nico Espinosa plays drums and Sean Wouters is guitarist and vocalist. They are Deaf Poets. (Photos by Imani Givertz)

Every band, well every good band, has a unique sound. The Doors had it. The Beatles had it. It's that immediately recognizable and eternal tone that's so hard to describe. Miami's rock duoâ Deaf Poetsâ may have found a new sound, which can be heard in band's latest release "Lost in Magic City." I will give it my best shot at describing it. The sound is dark and drum heavy, mythical with a 1970s Led Zeppelinesque epicness. And it's full of sin and movement like our vice-full Miami, which the band homages in the compilation's title. 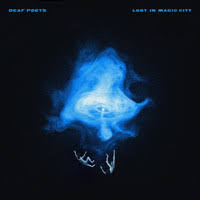 Nico Espinosa and Sean Wouters are the Deaf Poets.

With their def sound, Deaf Poets have been making Miami move. Their album release party, which was held on Cinco de Mayo at Las Rosas, was packed. Lead singer and electric guitarist, Sean Wouters said, "I am so grateful for the turn out. We sold out of T-shirts. It's a real blessing. Miami has been amazing. Everyone has been so supportive." Like at all their shows, people were moving and dancing. People are really feeling them. That night, fans formed a mosh pit. A few people got moved around a bit, including myself and the band's best supporters, Wouters' parents and big sister. But, it's all good. It's just part of rock and roll.

One might imagine that Miami isn't the most nurturing place for a rock band. Wouters commented on his experience creating music in the 305. "There isn't that many options for venues. It can be limiting because it doesn't allow a band to perform on a non-stop basis. Yet, it's incredibly small in a great way. It's been an amazing experience." The response at shows like these proves that Miami does have an avid scene thanks to places like Churchill's, Kill Your Idol, and Bardot. "The rock scene here just keeps growing," said Wouters.

His counterpart, drummer Nicholas Espinosa, a.k.a. Nico came up with the name of the album that tributes their hometown. Wouters explained: ""We love Miami, Miami has been so great to us. The album is influenced by personal experiences that happened in Miami." Just like there is constant movement in an urban setting like ours, there is a lot of action in their music, which would make it very fitting for a movie soundtrack. As the progression of beats unfold, the songs tell a story, making them very entertaining and fun for fans. There are characters almost vampiresque like the femme fatale Celestine from the single "Celestine," who has "the devil in her eyes."

In the video, which was premiered by Revolver Magazine, Wouters is running away from a pretty young girl with dark hair who is shooting arrows at him. He gets in a vintage Cadillac and drives around Miami to get away. The scene emphasizes the sense of place, along with the movement and escapism in their music that's typical of this beach-front town. The character represents someone who is not who they appear to be. Wouter's explained, she's "a beautiful, young girl who acts sweet and innocent but has evil tendencies." And Lucifer himself makes another appearance in "Meet Me." " 'Meet Me,' is about meeting the devil," explained Wouters.

So why the fascination with the prince of seduction and darkness in these songs? Wouters said that he and Nico have been very fortunate with their relationships. So, are the songs metaphorical statements about Miami? The Magic City has a very seductive dark side. With the moon overhead, it's fueled the nightlife. Just look at the billboards on Route 836. Four out of five times they advertise alcohol. If not, they are ads for luxury cars. Or, they are fashion ads, featuring a sexy, scantily clad beautiful young woman in a seductive poseâthe devil perhaps? The "model witches" from the song "Riches." Miami is no stranger to vices, and the devil is no stranger to making appearances in rock and roll. After all, it's all about exploring the forbidden, dark side of human nature on a journey towards self-discovery. 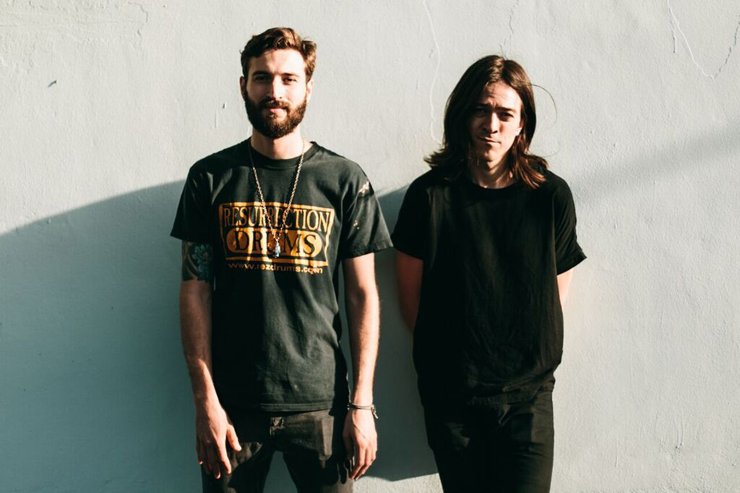 The band's sound has developed a deeper and heavier rock sound than its first record (4150), which had some soft tracks like "Sunrise Sunset." Each of the 11 songs compiled in "Lost in Magic City" are mosh-pit worthy. Wouters told me about his musical influences for their second album: "Black Sabbath was a huge influence. And Led Zeppelin has always been a major one.""In the previous record, we experimented with different genres," explained Wouters, "but 1960s and 1970s rock was a big influence on this record. "I wanted it to have that heavy, dark sound." But both albums are named after a location that has personal meaning to the bandmates. 4150 is the address of a dilapidated house where they practiced.

I chatted with Sean right before he heads off on the band's second tour, which began on May 10. The Lost in Magic City tour will include venues along the West all the way to California. "Going on tour is an incredible experience," said Wouters, and this is the longest one yet, going on for about three weeks." As always, at the end of the journey, the heroes return home. The last show of the tour is a homecoming show at Churchill's Pub on June 3 as part of the rock extravaganza Miami's Endless Summer.

Visit the Deaf Poets website at www.deafpoets.net/ to listen to the album and find out more about the band.