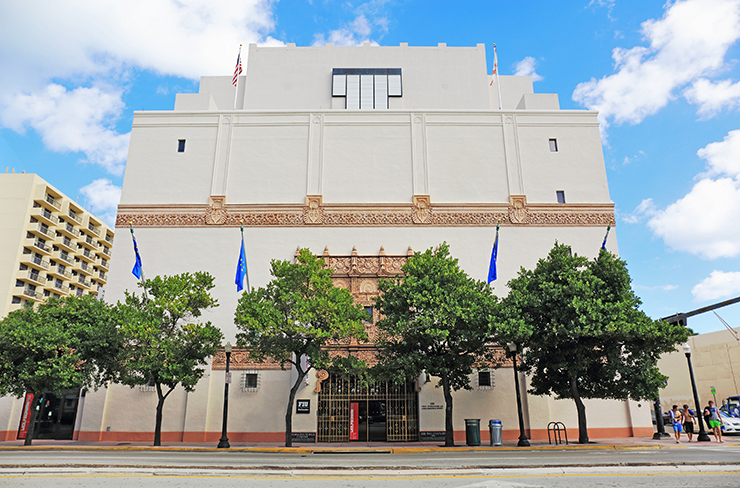 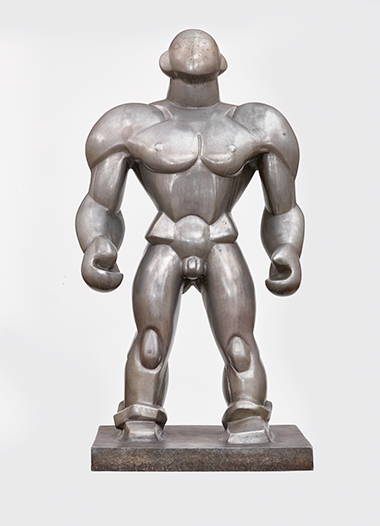 Up high on the side wall of the FIU Wolfsonian Museum in South Beach sits the carved face of Mitchell âMicky" Wolfson, Jr. eternally watching over his museum.

Now living in Paris, Micky, as he prefers to be called, continues to keep an eye on the cultural center that he founded and created in a storage company. Wolfson began storing his collection of rare books and objects in the Washington Storage Company, built in 1927, and when his collection took over, he bought the building and later transformed it into a museum. On Thursday, Nov. 14, the Wolfsonian-FIU museum will celebrate the birthday of Wolfson with an exhibition that features little-known discoveries from his seven decades of travel and acquisition. Chatting with the art collector by phone from his Paris home, he shared stories about his life, collecting, his museums and growing up in Miami Beach.

His love of collecting began at an early age when he started acquiring hotel keys from his travels with his family. That collection of hotel keys (a rarity today) will be displayed in the upcoming exhibition "In A Universe of Things: Micky Wolfson Collects." In fact, Micky says, âI never thought I was a collector, I thought I was a preservationist." Unlike many collectors, who hold onto their precious discoveries, Wolfsonâs goal is to share. âEvery object is like a piece of history that should be exhibited." 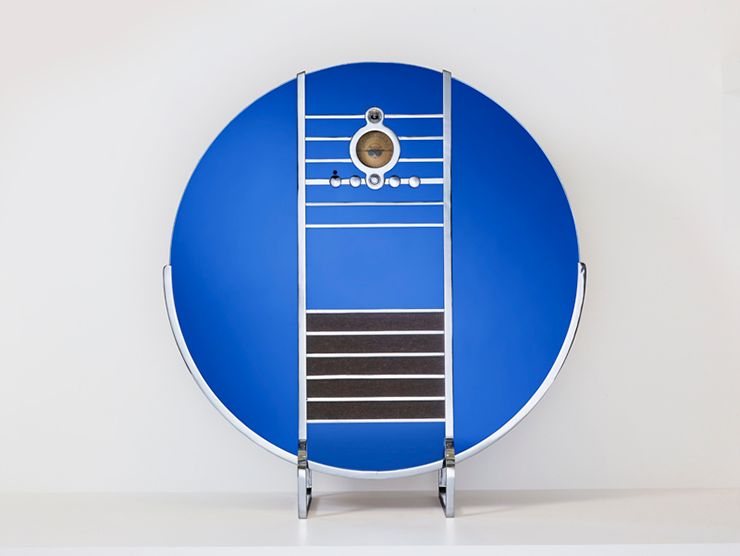 He says: âA collector is like an orchestra conductor or a novelist. The collection is my point of view that will be shared with you." The Wolfsonian-FIU Museum is indeed a symphony with a unique compilation of objects on each floor. âItâs all like a giant mosaic and Iâm putting it together."

The museum now boasts a collection of approximately 180,000 pieces from the period 1885 to 1945, many gifts from generous donors. Wolfsonâs objects remain the heart of the museum and the upcoming exhibition will feature beloved icons and unexpected finds highlighting 37 pieces selected personally by Wolfson with a total of 100 pieces. For more than three decades, he has been traveling the globe collecting bits of history â as he calls them. âObjects are more important than words; they identify a period." 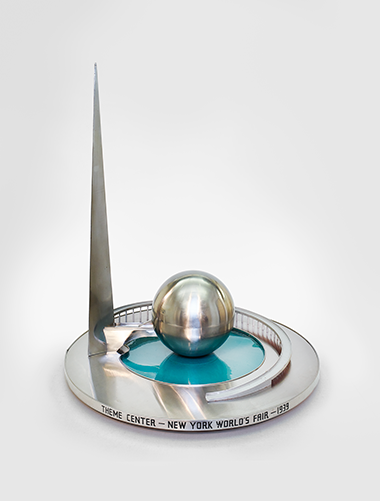 "In A Universe of Things: Micky Wolfson Collects," The Wolfsonian examines Wolfsonâs life of collecting and also celebrates his 80th birthday. Wolfsonâs mantraââWhat man makes, makes man." â offers a sense of what he looks for in the pieces he collects. âThe goal is to make you think. I donât care what you think. I shall simply be happy to have stimulated the birth of an idea."

Miami Beach residents and many visitors are familiar with the Wolfsonian Museum that is a fixture on the corner of Washington and 10th. Housed in a former storage company, the structure was renovated and enlarged in 1992 to accommodate the museum and research center. The top three floors hold exhibitions while the third floor, formerly storage for cars, contains the research library of approximately 60,000 pieces, including rare books, periodicals, pamphlets, and other printed material. The ground floor features a grand lobby, formerly the car entrance to the storage facility, and the museum cafÃ©, bookstore and gift shop. The bookstore and gift shop offers a great finale to a visit at the museum.

The Wolfsonian - FIU Museum celebrates the birthday of Mitchell âMicky" Wolfson, Jr, founder of the Wolfsonian-FIU, and the opening of "A Universe of Things: Micky Wolfson Collects" with a block-wide birthday bash under the stars on Thursday, Nov. 14, 7-to 10 p.m. A performance by the FIU Marching Band will ignite the party as the entire block (10th Street between Washington and Collins) opens to pedestrians with food trucks, cash bars, an Airstream lighting activation by Lutron, and an outdoor concert by Nu Deco Ensemble. The event is open to the public.