Fully Interactive and New Tech In the Spotlight 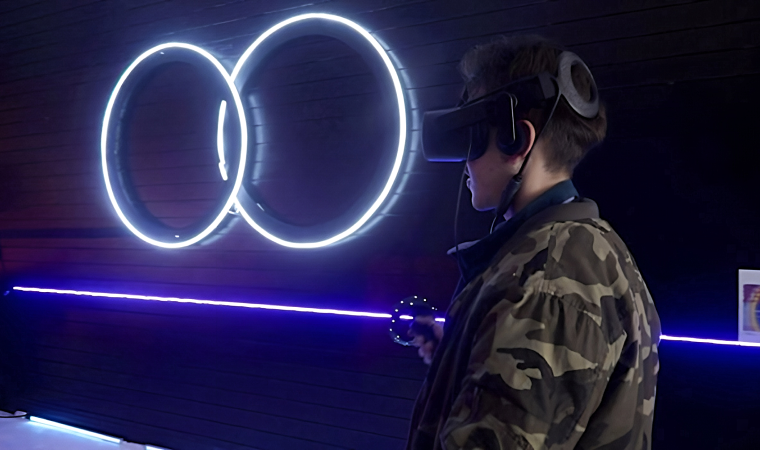 A firm believer in audiences craving immersion and the ability to connect across many platforms, she created South Floridaâs first fully interactive film and new technology conference. âI wanted to showcase how new technology is influencing whatâs to come in entertainment, storytelling, film, and art.â

Now in its 9th year, the festival, whose theme is SOLAR PUNK, a science fiction literary genre and an art movement, will be held from Nov. 28 through Dec. 5, 2022. Over the eight-day festival are screenings, free immersive and interactive exhibits, dome performances, creative labs, master classes, and live music and dance performances. 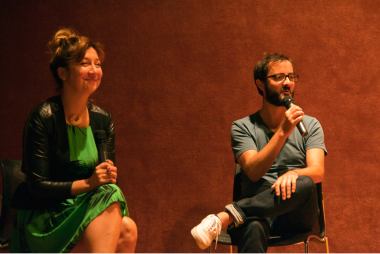 Alexander promises what âunforgettable experiences - at the intersection of art and technology.â

For example, the Festival will feature extended reality (XR) programming using headset devices, but also interactive installations and experiences that do not require headsets, all which âwill make audiences feel as if they are in the entirely new digital world, or in a word augmented by almost magical layers. We are leaping into a world first imagined by science fiction writers and everyone from Meta and Microsoft, to independent creators, are exploring what that means. And we are bringing it to Miami for everyone to experience, first hand," she says.

Also in 2018, the festival has moved from its usually February slot â âwe were sandwiched in between the Food and Wine Festival and the Boat Show, and that really didnât make much sense,â says Alexander. The sixth edition of FilmGate is purposely programmed to co-exist in the space of Miami Art Week.

The big interactive festival kicks off in earnest from Friday, Dec. 2 through Monday, Dec. 5.

Over the course of four days, according to Alexander, creators, producers, tech companies and curious audiences will have access to over 30 interactive experiences, 15 labs and talks, interactive exhibits, 4 dome experiences, a financing market, b2b meetings, music, and live events, accessible to all ages.

One of the most interesting of the multitude events at FilmGate puts the spotlight on Florida with "Stiltsville," a virtual reality game/doc where participants are a time-traveler photographer who is tasked to travel to the Stiltsville houses in different time periods in an effort to preserve them. The first episode kicks off at the Perez Art Museum, and the second episode takes place in the 1970s, where participants are transported in the middle of a party and can play blackjack, change records, dance and take photos, until two visitors disrupt the time flow, the Governor and a hurricane. 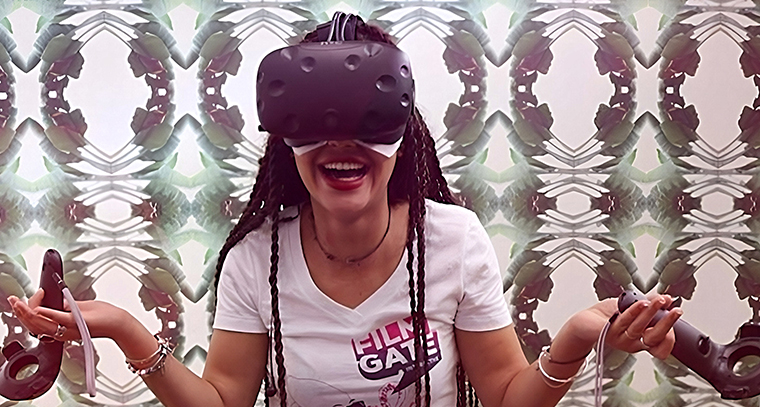 Also at the Frost Science Museum in a dome experience is "-22.7Â°C" from French electronic artist Molecule recorded sounds of the Arctic and composed music. Based on his adventure, the -22.7Â°C experience offers a sensory and musical immersion into the Arctic Circle. Creative. Visuals created by Beyonce collaborator, Sayoko Osada.

Exhibitions at the Frost Science Museum are ongoing beginning Nov. 28.

"Plastisapiens," a surrealist work of eco-fiction, an invitation to explore human influence on the environment, and, inversely, an exploration of how the environment affects human evolution.

"Our Common Ground," an exhibition of artificial intelligence art on the blockchain, featuring 17 established and emerging digital artists whose work explores strategies for finding creative common ground with machines and their environment.

Exhibitions at the Downtown Media Center and the South East Financial Center begin Friday, Dec. 2, which include 20 experiences featuring the German, Korean, French and Canadian spotlight.

Tickets for the four day festival:

See the full program at https://www.filmgate.miami/09