The director of the Israeli satire, "Tel Aviv on Fire,"Â Sameh Zoabi, explains his unusual comedy about anÂ Palestinian man who becomes a writer on a soap after after a meeting with an Israeli soldier.Â

miamiartzine.com: "Tel Aviv On Fire" is a comedy. What does it mean, making a comedy in Israel when you are a Palestinian?" 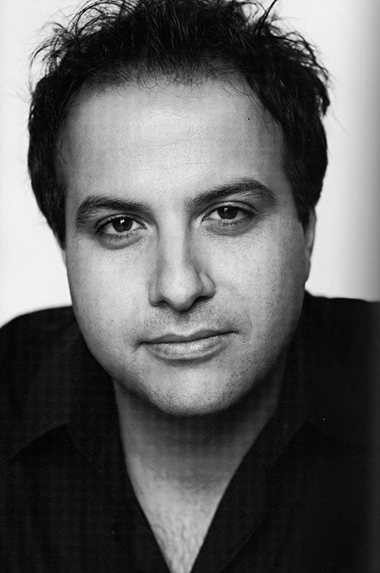 SV: Itâs a big challenge to make a comedy dealing with the Palestinian and Israeli reality. People take the region and the conflict very seriously, and any attempt to make a comedy can easily be misunderstood as not strong or not serious. But I believe that comedy allows the freedom to discuss very serious issues in a more subtle manner. In my films, I try to entertain but also to speak truthfully about the human condition of where my characters live. My first feature, "Man Without A Cellphone," was inspired by my upbringing; I was not necessarily seeking to make a comedy, but rather to be truthful to a reality I grew up with as a Palestinian. A constant sense of despair hovers, yet there is spirit and a sense of humor around the dinner table.

With "Tel Aviv On Fire," the story deals directly with this idea of conflicting perspectives. Similar to my previous film, the tone is comedic â not to make light of a situation that is more dire than ever before, but rather to use the insights that comic exaggeration can bring. As Charlie Chaplin put it, âTo truly laugh, you must be able to take your pain and play with it.â Salam, your main character, is working on an Arab soap opera produced in Ramallah.

miamiartzine.com: Why a soap opera?

SV: Soap operas are a big deal in the Middle East. People watch them and are fully taken by them as well. What I find interesting is that the people who watch soaps find the acting and straightforward dialogue more believable than the subtle acting and dialogue of feature films. The soap opera medium allowed me to explore things that I may never be able to do otherwise in cinema. For instance, in the opening scene of the film, which I find quite political, the Palestinian characters in the soap express how they feel about the approaching 1967 Arab-Israeli war. They talk about their hopes, history and fear of the Israeli occupation of Jerusalem. They speak emotionally, without filters, but because this scene takes place inside a soap opera, it provides a different twist. 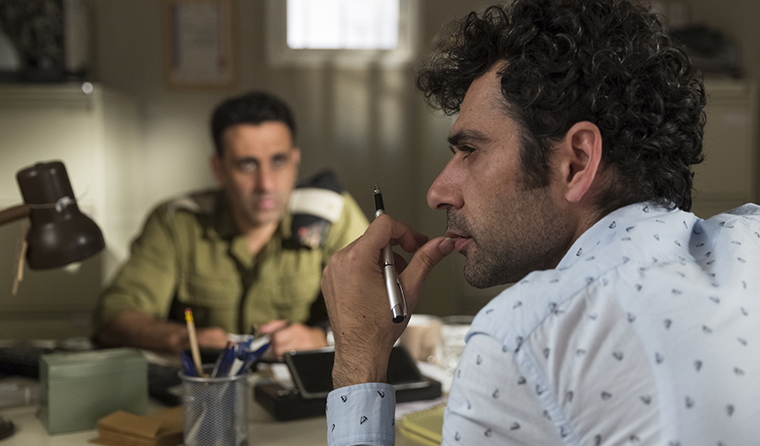 miamiartzine.com: Did you watch soaps?

SV: When I was growing up inside Israel, disconnected from the Arab world, there were only two TV channels. The Arabic-language shows were mostly from Egypt. They had the best soap opera series, particularly in the month of Ramadan; even Israelis watched. The show I created in my film is an homage to one famous show I grew up with. Nowadays, the reality has changed. There are hundreds of Arab TV channels and many shows from Syria, Lebanon, Egypt, and even dubbed ones from Turkey and India. Soaps are watched everywhere. Itâs a universal medium. Recently, I was watching a soap with my mom. I was laughing at an emotional moment because of its overdramatized acting and camera work, but my mom was holding a tissue, crying. This experience inspired me when writing and directing the film.

miamiartzine.com: Can you talk a little more about the different levels in Tel Aviv On Fire?

SV: When I showed my previous films, I saw how easily cinema can bring out the Palestinian - Israeli clash of narratives. There were those who thought my films were too Palestinian/ insufficiently Israeli or the total opposite. These conflicting perspectives provide the underlying theme of Tel Aviv On Fire. On a personal level, the film deals with an artist (an aspiring writer) who struggles to find his voice within such a contested political reality. I am drawn to people just like Salam who have not yet developed a full idea of themselves. They try to manage and find their place in their world while facing constant challenges and disturbances. I am attracted to characters who strive to change and improve their lives but are not sure how. Eventually they find their voice through the journey of the film. On a broader level, the film has two political lines: First, there is the history of war as told through the soap and presented by Bassam, the producer and creator of the show, who is also Salamâs uncle. Bassam belongs to the older generation of Palestinians who fought in the1967 war, but also signed the Oslo Peace Accord. And second, there is the daily reality of the checkpoints, which is directly related to this history. Eventually, the soap and the narrativeâs reality start to connect and merge. As a young Palestinian man, Salam finds himself struggling with these two realities. Salamâs life and his dynamic with Assi are reflected in the soap and give it a different meaning. To put it simply, Assi, âthe occupier,â wants to dictate his own narrative of a rosy reality on Salam, âthe occupied.â As Salamâs confidence grows, he realizes that this is impossible and he needs to stop it. Nothing can change in Palestine and Israel until both people are equal. This is the only way to move forward. 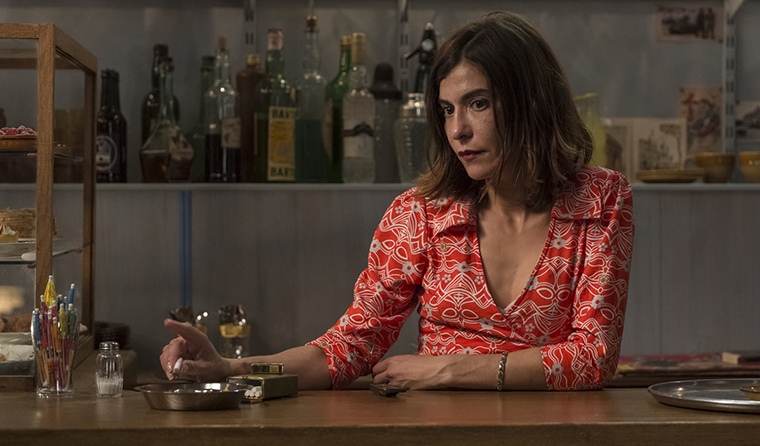