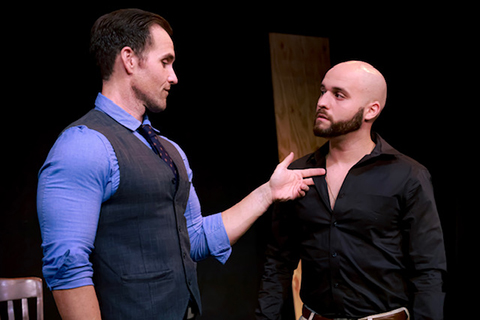 Island City Stage in Wilton Manors revives, for its tenth anniversary season, a show it produced in 2012 and one of the actors and the director of that production are back again.

The show is playwright Tom Jacobsonâs âThe Twentieth Century Way,ârunning now through October 31, directed by Michael Leeds and starring actor Clay Cartland, who were part of the previous production, along with Alfonso Vieites.

The one-act drama is about two actors named Warren (Cartland) and Brown (Vieites). Based on a true story, the pair hired themselves out to the Long Beach, California Police Department as vice specialists in 1914 to entrap âsocial vagrants,â where they would earn $15 for each arrest made.

During the course of their assignment, they arrested 31 men and the ensuing scandal led to California passing anti-sodomy laws in 1915.

For Andy Rogow, artistic director of Island City Stage, producing the show at Island City Stage for a second time has meaning.' "The Twentieth Century Way' still resonates ten years after the initial production, he said,"and reminds us of our mission to tell socially relevant stories that explores LGBT plus issues."

The historical facts of the 1914 gay bashing incidents set up the premise but it is within the relationship between the two men that gives emotional depth to the play. 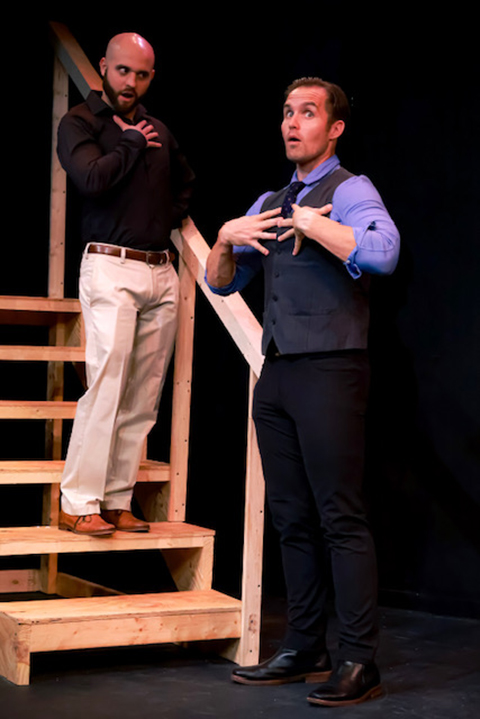 The set up of the play is a bit dizzying.It's an undisclosed place and time and we meet Warren and Brown as two competing actors who are awaiting an audition for an unspecified role in a film.

To pass time, Warren suggests a competition for he and Brown â that they should transform themselves back to 1914 as the historical pair and the multiple characters associated with the 1914 incidents against homosexual men.

Cartland and Vieites have more than a dozen roles to play between them. Among the many characters are a crusty newspaper editor and a reporter who want to scoop the competition on the 1914 story. There's a prosecutor and a defense attorney who battle in and out of the court on behalf of the state and their clients; two gay men arrested by Warren and Brown, two police officers who have different viewpoints on the morality of privacy issues, and two clergymen who disagree about the ethics involved, among others.

The actors are ready for the challenge, both bringing out the anger and humor imbued inÂ  Jacobson's characters. Cartland has a field day with different accents including German, Swedish and Yiddish in his portrayal of German and Swedish early 20th century immigrants as well as briefly becoming famed Orthodox Rabbi Menachem Mendel Schneerson.

The emotional depth in the play comes when Cartland and Vieites as Warren and Brown explore the issues of privacy, the nature of identity and moral compromises made in the pursuit of ambition.

Leeds keeps the direction brisk, which gives a frenetic pace as the actors transform themselves into multiple characters within seconds and makes it an up close experience in the intimate confines of the small stage of the theater.

Lighting designer Ardean Landhuis' use of interchanging scenes with blue and white lights gives the play a nostalgic sense era as if the audience is meant to be watching a silent film.

There are some difficulties with Jacobson's play and to no fault of the director or his actors. Despite the talents of everyone involved, the back-and-forth interplay demanded of Cartland and Vieites makes many of rapid-fire speech and stage antics tedious and difficult to follow, falling into a trap of repetition. There are times when it's easy to just tune out the dialogue.

Kudos, however, for Jacobson for telling a story that reveals a period of gay history that shouldn't be forgotten.

âThe Twentieth Century Wayâ is running now through October 31 at Island City Stage,2304 N. Dixie Hwy. in Wilton Manors. 8 pm on Friday and Saturday and at 5 pm on Sunday. Tickets are $35. For tickets and more information, call 954-928-9800 or go to islandcitystage.org