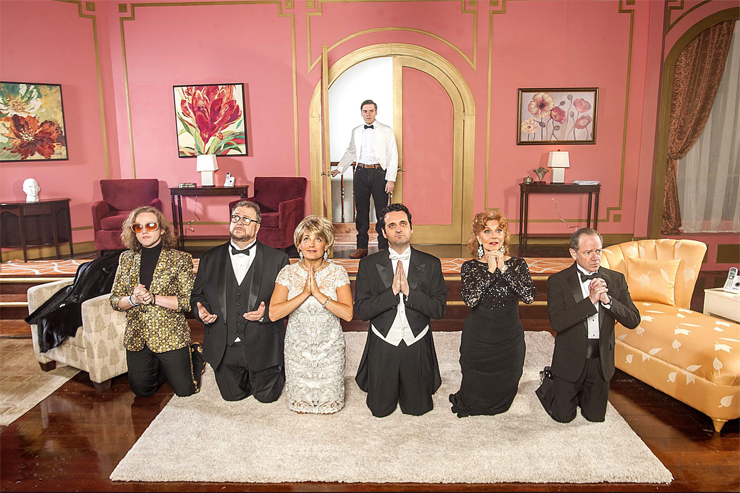 If there's anyone out there with a little time on your hands (well, you are reading this) you might want to schlep over to Thesaurus.com where you'll find 28 words listed as synonyms for "hilarious." Which is good, because you're now well qualified to describe Joseph Adler's latest offering at GableStage. Just start with "airy" and finish with "zippy" and you're the hottest critic in town. 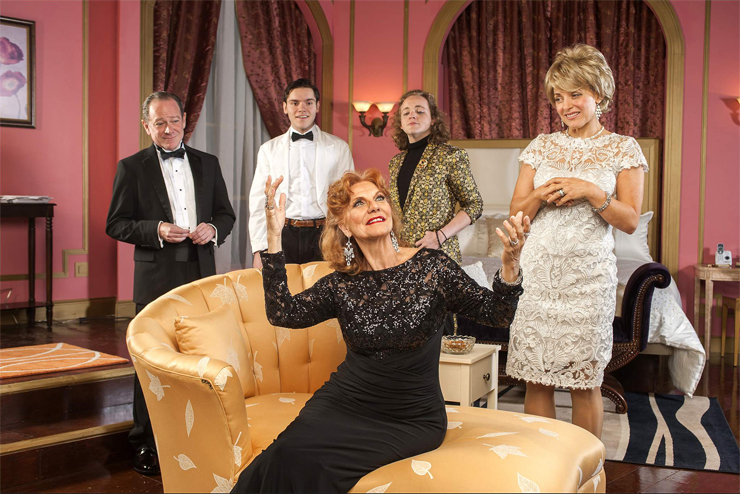 In case you still haven't guessed, It's Only a Play, Terrence McNally's two-hour love affair with Broadway and its critics, is funny. And serious at times. And so is the brilliant cast and director.

It's Only a Play has been around in various forms since 1978, finally making it to Broadway in 2014. This is its Southeastern premiere. 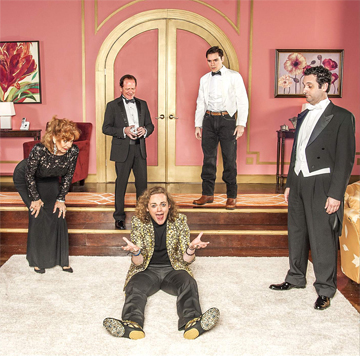 Antonio Amadeo's Peter Austin, the stiffly sophisticated, white tie, top hat and tails, playwright of The Golden Egg is waiting to read the reviews in the New York papers following his opening night on Broadway. He's at the after show party in the Manhattan apartment of his wealthy producer, Julia Budder, a delightfully dim Amy McKenna.

Austin's life long friend, James Wicker, played by Michael McKeever, is a cynical worn out TV actor who turned down the lead in the Golden Egg and secretly wishes it nothing but ill. âA three hundred pound butterball.â Wesley Slade is the demented English boy genius director, Frank Finger, flinging himself from line to line. Christopher Chisholm is the less than highly regarded theater critic, Ira Drew, who dreams of being a successful playwright. Joe Ferrarelli is the eager newbie; anything to break into theater. And Lourelene Snedeker is at her significant best with the prime gag role of fading star, drinking, snorting, ankle tracked Virginia Noyes.

It's funny stuff almost all the way with It's Only a Play. An insiders' joke book open to all. And that "almost?" Well, Terrence McNally can't resist a little serious stuff on the state of theater. The frantic pace slows a tad when the Woe and Alas creep in. But don't worry, funny soon comes back and there's a happy ending for all. Ensemble acting at its best.

Directed by Joseph Adler with set by Lyle Baskin, lights by Jeff Quinn, sound by Matt Corey, and with costumes by Ellis Tillman and props by Beth Fath. And all, as usual, at the top.