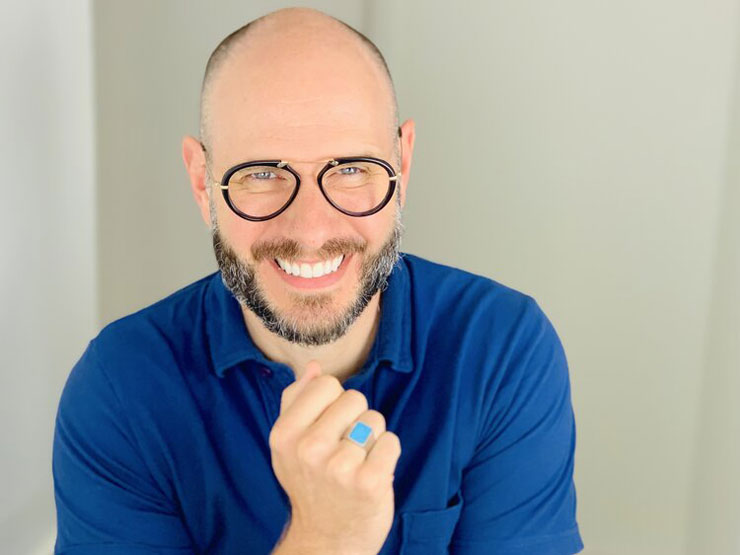 Steven Rowley, the bestselling author of "Lily and the Octopus" and "The Editor" now has a new novel, "The Guncle," published by G.P Putnam's Sons. It is the book to get right now. (Photo courtesy of Steven Rowley)

"The Guncle" was recommended to me as a light summer read, a funny novel to take to the beach. It is not. It is a great deal more than that. Itâs not "light" though it does have a lot of humor. Yes, it's funny, but not always.

Itâs a book about love, loss, and dealing with grief, and probably one of the best books I have read recently that covers all of these. It is hardly light reading.

The protagonist, Patrick OâHara, is an actor whose face is instantly recognizable, as he was in a sitcom, "The People Upstairs," a television hit for many years. (Think "Friends.") His catchphrase â people throw it at him when they see him â was âAnd thatâs how you do it!â â particularly apt for this story.

But he has retired to the desert, to Palm Springs, California, enveloped in deep grief owing to the death of the great love of his life, his partner Joe. Yes, Patrick is gay. Guncle=Gay Uncle, which is what his niece, 9-year-old Maisie and nephew, 6-year-old Grant, call him. (They also call him GUP, which stands for Gay Uncle Pat.)

Maisie and Grant come into Patrickâs lonely, isolated life one summer when his once-best friend Sara dies. Sara and Patrick were extremely close at college, then she married his brother, Greg, and they became less close.

But Patrick still treasures their memories and he has never forgotten their deep relationship. But now Sara has passed away and her husband, Patrickâs brother, is in a very bad way.

During Saraâs long illness he became addicted to opiates to hold himself together as she deteriorated physically. He is on his way to rehab, to a facility near Palm Springs, and so he asks Patrick to take his children for the summer. There is also another sibling, Clara, but it is Patrick whom Greg importunes to help him. (Later, we learn the reason why.) 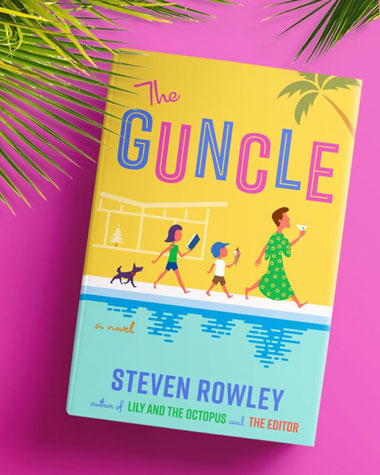 Patrick is quite reluctant to take on the children, though he loves his family deeply, but his grief at losing his partner has overtaken him over the years. He doesn't really know the children well and he doesn't feel equipped to take care of them. And, he has never been a parent.

So that is the set-up to this winning story of Patrickâs summer with his niece and nephew, and their verbal exchanges.

Grant, in his endearing lisp, never stops asking questions â and confrontations. Maisie can be extremely stubborn and calls him out when she doesnât think he is making any sense.

But the love and caring underpinning of the relationship carries them through, and, at summerâs end, with his brother Greg completing rehab, Patrick ends up not wanting the children to leave. They have found common ground and grown close. The exchanges are written well and are humorous, despite the underlying grief that ties them together.

There's a point during the long, hot, desert summer that sister Clara decides she wants the children. But Patrick won't let that happen. They have become a part of him and he has become a part of them. Patrick lays claim and stands up to his domineering sibling.

Rosa embodies a caring wisdom and Cassie wonât take no for an answer. There is also a possible new beau for Patrick who suddenly appears.

Despite himself, Patrick begins to see that he has another chance at a good, full life and that having the children in his life has helped him turn a corner.

And what was his dear, dear soul mate Saraâs part in all this?

Guess youâll have to read "The Guncle" to find out. The novel has been compared to the play "Auntie Mame" and yes, I can see that, but this story will give you a few more insights into relationships. Whether you read it at the beach or in the comfort of your favorite chair, it's the summer's must read.