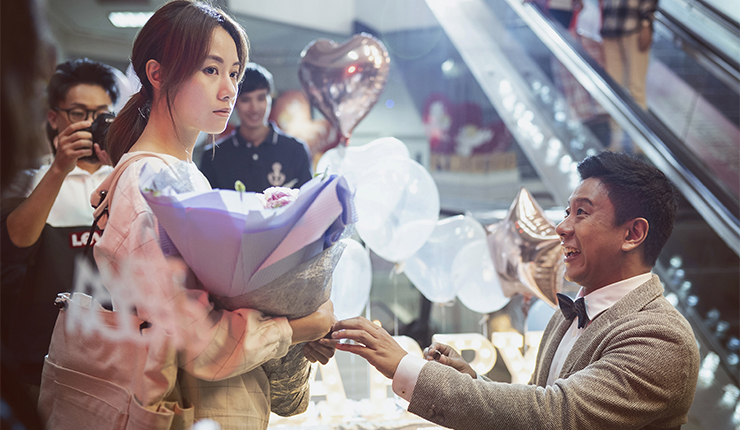 It's a term you've likely heard many times before, whether it's from an employer before being given the heave-ho, a significant other who's about to dump you, or often in my case, when a movie just isn't measuring up.

It's not often I get to use the stinging sentence to describe an entire festival, because they are often composed of myriad moving parts that shouldn't be lumped together. 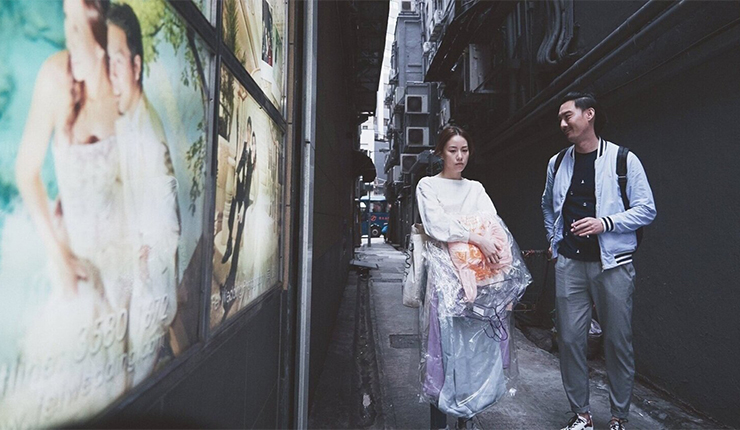 And yet here we are, on Day 2 of GEMS, Miami Film Festival's annual fall showcase, and for this reviewer, the four-day assortment of fiction features and documentaries stands out less for the actual content of its selection than by how difficult it has been to access said content. (More on that later.)

But beyond the behind-the-critiques struggle to view a small portion of the nearly twenty movies slotted to unspool virtually over the next dew days, GEMS 2020 also sets itself apart by what isn't being shown.

The mini film festival formerly known as MIFFecito was launched partly as a way for South Floridians to catch high-profile titles early on in their awards-season journey, in many cases leading up to Oscar night. In addition, both GEMS and MFF's flagship event, usually held in March, have long championed projects that had their genesis in Miami, were filmed in the Magic City or have otherwise strong ties to the region.

Thus it was virtually a foregone conclusion that âOne Night in Miami,â Academy Award winner Regina King's widely acclaimed feature directing debut, would show up among this year's selections. The story of a fictionalized 1964 get-together between Malcolm X, Jim Brown, Sam Cooke and Cassius Clay (before he took the name Muhammad Ali) feels, at least on paper, like a no-brainer, an ideal marriage of subject matter and event. 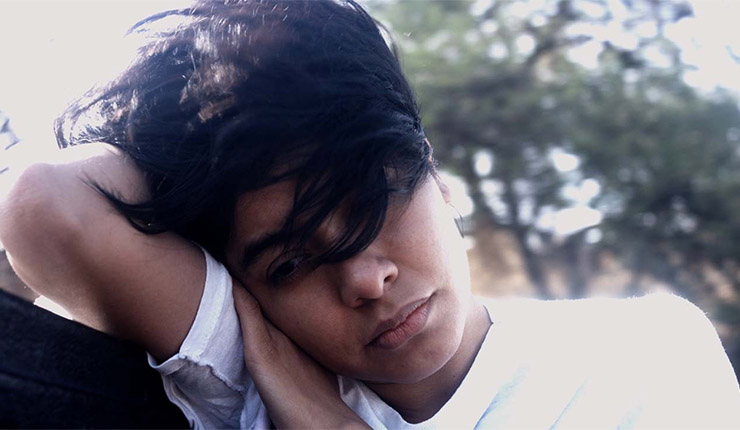 But the screen adaptation of Kemp Powers' stage play has skipped GEMS, as it continues to hold its own in an end-of-year prestige movie marathon that is less saturated than usual due to the coronavirus pandemic. It joins âMoonlightâ and Alfonso CuarÃ³n's âRomaâ on a list of films one would think GEMS was created for, but for motives as varied as a distributor's release plan, a programming decision not to pursue or more complicated political matters, remained just out of the festival's reach.

And that's okay, really. I'd rather see more obscure, less heralded titles than the ones everyone is talking about ... though I'm sensing a sizable portion of Miami Film Society members probably don't feel that way and were fully expecting films like âOne Night in Miamiâ and ChloÃ© Zhao's âNomadlandâ to make the cut. After all, past editions of GEMS saw the local premieres of Luca Guadagnino's âCall Me by Your Name,â Kelly Reichardt's âCertain Womenâ and âBirds of Passage,â Ciro Guerra and Cristina Gallego's remarkable Colombian drug trade epic. Better luck in 2021?

But see, this is not where the story ends this year. One of this year's entries, enthusiastically touted when the lineup was unveiled last month, was âKokoloko,â the long-gestating and highly anticipated, at least among cinephiles, new film from âMiss Balaâ director Gerardo Naranjo. Try looking for it now, and a Google search brings it up as a GEMS entry. But click on the link and you will find an error message. 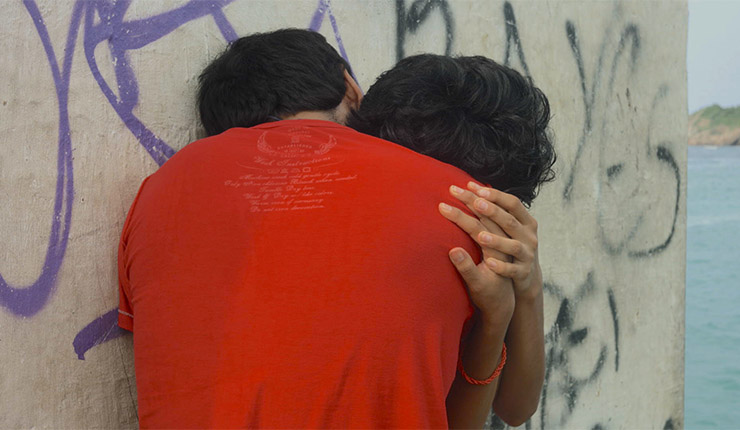 That's not a website glitch. Members of the press covering GEMS received a short, very cryptic email Wednesday morning, stating that Naranjo's gritty portrait of life in Mexico's Oaxaca state âis no longer part of the line-up.â No âKokoloko.â No explanation.

Did the distributor get cold feet? Was there a last-minute snag that sealed the film's GEMS-less fate? As it happens, I'd just seen the film hours before I received the email. I think I know why it was pulled, though admittedly, it's just a hunch. The movie is not only a hard-hitting glimpse at life in a region where gun violence and cruel acts of mayhem are a common occurrence. It also portrays a love affair with no-holds-barred frankness.

Sex and violence turned up to 11, lensed in an artsy mix of Super 16 Kodak film stock and 4K. My gut instinct? Someone with significant sway either got wind of or actually saw the movie's graphic content, and was either turned off by Naranjo's Godardian mise en scene or (the more likely but still speculative scenario) was abhorred by the bloodletting and/or raw sexy-time sequences. There might be an official explanation down the line; there might not be. I do not believe we'll ever know what happened, but the more idealistic side of me wants to believe puritanism was not behind the eleventh-hour removal.

Me? As a fan of âMiss Bala,â I was a little disappointed by âKokoloko'sâ meandering structure that's long on navel-gazing and short on incident. But despite the NC-17 level flourishes, it never crossed my mind that it wasn't a compatible fit with GEMS viewers, especially those who, like me, want to see as much new Mexican cinema as possible.

No âKokolokoâ? No problem. I still had (let me check my notes) four other requested titles to review. But as the days passed and the start date of GEMS approached, screening links for two of those titles, one of which is a new film by a renowned European director, did not make their way to me.

A link for the latter movie finally came Thursday afternoon, but by then it was too late. That film, which shall remain nameless for now, has a 2021 U.S. release date. Expect a proper review from yours truly when it becomes available in South Florida. A link for the fifth title, an American film currently making the festival rounds, has not come as of this writing. 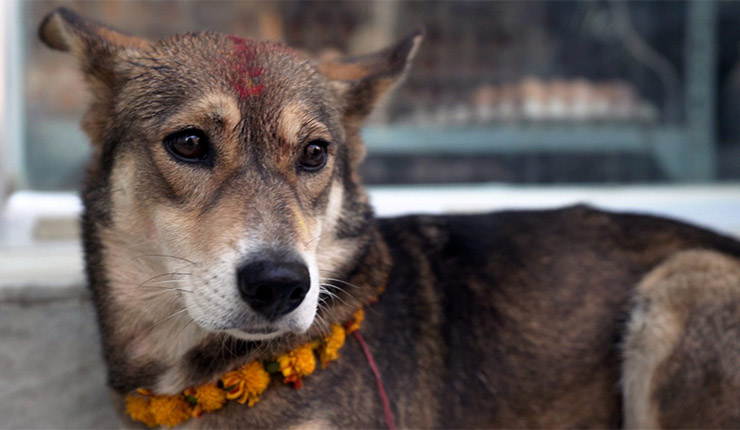 And then there were two: the Hong Kong anti-romance âMy Prince Edwardâ and the slickly produced documentary âWe Don't Deserve Dogs.â Some quick thoughts: âEdwardâ is decent enough, insofar as writer-director Norris Wong, making her feature directing debut, subverts rom-com trappings to examine societal pressures to marry and how a codependent relationship can have a draining, dehumanizing effect. A toxic partner, in this case a clingy, possessive mama's boy, has the capacity to not just whittle down your self-esteem, but erode your own identity. Despite some issues, it's certainly the better of the two films. Wong, 33, is definitely a filmmaker to watch for.

The canine doc? A letdown, and this is coming from a dog lover. The globe-trotting look at man's best friend and their humans, with generous portions set in South America, fills those widescreen compositions with pretty pictures, but director Matthew Salleh's United Colors of Benetton approach ends up favoring his two-legged subjects over their furry pets. You know, the actual headliners.

The dogs in âWe Don't Deserve Dogsâ are too often relegated to secondary players in their own stories, when they're not portrayed as mere props. The film is comprised of a series of vignettes from around the world, some more effective than others, and that would have been enough for virtual matinee fare, had Salleh opted against drowning the entire film in the cinema-of-quality drone that is Blake Ewing's stifling music score. It's a constant, wall-to-wall assault on your ears that often does not match the tone of what is happening onscreen. It's the territorial urine that stinks up this middling Nat Geo wannabe for the NPR crowd. 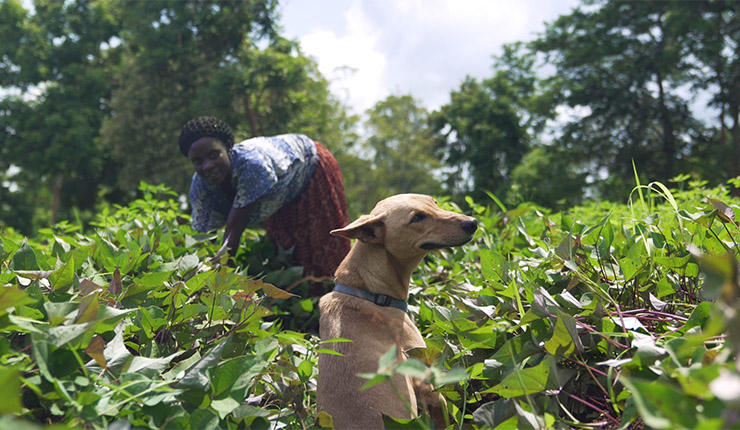 I could have spent the bulk of this column reviewing these two GEMS entries. However, I felt giving you a window in what goes on while covering a film festival, especially under these circumstances, was more important. The clock now reads 4:41 a.m. on Friday, Oct. 9. Rain is falling in this corner of the Village of El Portal, a hop and a skip away from Miami Shores, that I call home.

In several hours or over the next few weeks, you might read this glorified diary entry and shrug. Some of you might be taken a little aback, with good reason. GEMS will continue its virtual edition this weekend. A few months from now, the 38th Miami Film Festival will bring a tapestry of new film art to these shores. The show must go on, but something needs to change if this event is to fulfill its full potential. This is something that is not happening. We have reached a low point this fall, a valley amid peaks that could always be taller. Consider this a one-critic intervention, an SOS from a moviegoer who cares.

This isn't working, Miami Film Festival organizers. Do something about it. Pretty please. For the love of film.

(The opinions stated here are that of the reviewer and are not the editorial opinions of miamiartzine.com.)

The 2020 GEMS Film Festival is ongoing thru Sunday, Oct. 11. It was kicked off Thursday night with a drive-in screening of the HBO documentary âThe Bee Gees: How Can You Mend a Broken Heartâ at the Dezerland Park Drive In Theater in North Miami. The rest of the films will be available to stream for a limited time period. For more information, go to https://miamifilmfestival.com/festival.