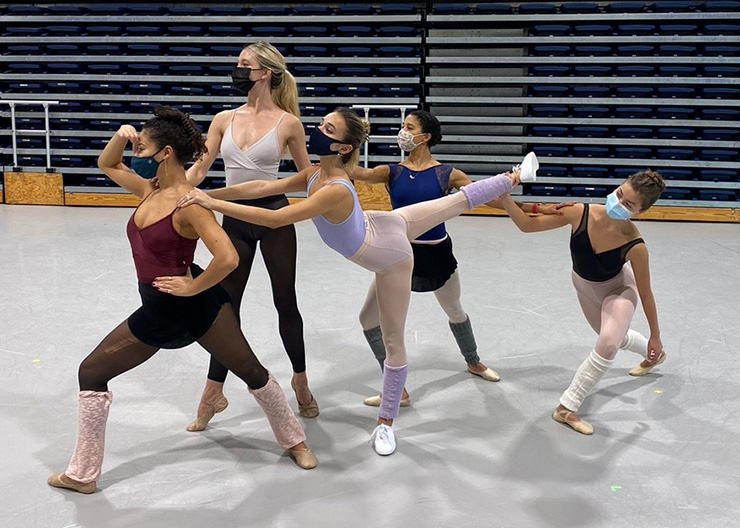 Initiated last year during the pandemic when dancers were unable to rehearse in studios, theaters were shuttered and indoor audiences were non-existent, Miami City Ballet instituted pop-up performances (initially called "To Miami, With Love").

Now, the company is reprising the successful series in a warm tribute entitled "To Florida, With Love with the first performance on Sunday, March 6 at Miami's Underline.

The series was a positive response to a challenging situation. Dancers could dance and continue to be employed, audiences could feel safer outdoors and feel the beauty and inspiration of dance, and the magnificence of Miami could be spotlighted.

Ariel Rose, an MCB soloist, dancer, and choreographer was a part of the initial pop-up series.

"Last year, we had a very limited dance season because the theaters were closed," Rose says. "Miami, With Love" put dance out in the public and provided people with a live performance when there wasn't really much. It also just reminded everyone that, 'we're still here.' We're still their ballet company. We were bringing dance to the streets."Â

The pop-up performances were an initial response to immediate needs from the pandemic quarantine.

It was discovered, however, that the pop-ups were actually addressing much more than anticipated. The performances were free and allowed access in communities and neighborhoods for audiences, who weren't always able to attend the performing arts because of socio-economic barriers or other conditions.

The pop-ups also connected MCB dancers with "the people," a benefit that doesn't often happen when dancers are far from audiences on a proscenium stage. Last and certainly not least, the pop-up performances gave opportunities to the MCB dancers to choreograph, to use their creative voice in a different manner, and perhaps to even discover a creative voice that had not yet been identified.

Rose continues, "We were able to reach out and connect with people that, maybe, didn't know us very well. We got such great feedback that there was a demand for us to do it again this year on a larger scale."

The "To Florida, With Love" pop-up series has evolved. Not only is it incorporating more works, this year, but many of the dances are now being performed on a platform stage instead of the concrete or park grass settings that were used last year.

While the stage surface is not perfect, it allows for much more flexibility; physical safety on a better surface for the dancers, a more extensive range of dance possibilities, and the use of footwear other than sneakers or bare feet. 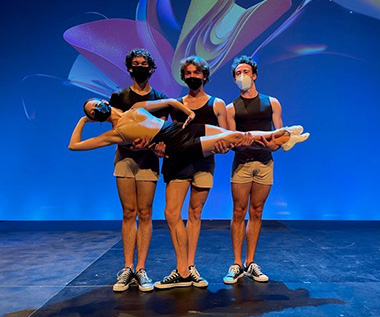 One of the trickiest parts, has been the fact that, thankfully, MCB is now in full swing. They just completed performances of Alexei Ratmansky's reconstruction of "Swan Lake" and are opening Balanchine's full evening program of the classic, "Jewels" at the Kravis Center in West Palm Beach on Friday, March 18.

"Whereas last time, we had nothing else going on and were just so glad to be dancing, this year, we're starting the pop-ups between 'Swan Lake' and 'Jewels,' Rose says. "We really need to take care of our bodies so we can perform."

MCB dancer Petra Love is one of the choreographers. She has experience choreographing on her colleagues when she was at the School of American Ballet in New York, as well as on fellow students at MCB school, but this is the first opportunity to create on professional dancers.

Unlike many professional ballet companies, MCB has two women at the helm. Lourdes Lopez is the Artistic Director and Tania Castroverde Moskalenko is the Executive Director.

Love says, "Definitely being in this environment inspired me, doing something outside of my comfort zone. When I saw that it was all men choreographing, I thought that there should be some female representation."

Pop-up choreographers are chosen through a sign up process. The dancers, however, are allotted based on availability and the amount of commitment the performing schedule requires. Rehearsal and performing schedules are based on who can do what and when. It is well understood that this project is outside the regular rehearsal and performance schedule, but the dancers and choreographers remain completely enthused, regardless of the extra work and hours.

To find special and appropriate locations for the performances, Amber Dorsky, Director of Public Relations and Communications, and the MCB marketing team peruse the city having conversations, asking questions and finding sites that could accommodate the raised stage. It is a more thorough search than last year, one with more encompassing needs.

Not every piece will be performed at each location, but identified spots include the Miami Beach Botanical Gardens, the Morikami Museum and Japanese Gardens in Delray Beach, the Under Line and the African American Research Library and Cultural Center in Fort Lauderdale.

"It is incredible living in Miami. There are just so many different venues." Love says. Her work will be performed at the Underline, Miami Botanical Gardens and she has already had a showing for MCB board members at the Arsht Center.

"I'm actually doing two pieces. The Morikami Gardens requested to have something with a Japanese style, but I had already started on another piece called 'Romania,' which will be danced by Samantha Hope Galler and Cameron Catazaro."

The music is a beautiful ballad played by the Romanian Balanescu Quartet. Rose studied Romanian culture and decided to place the "pas" in Romania in the 1800s.

Rose's second piece is called "Meiyo No Tame." a pas de deux that centers around the onna-bugeisha, or female warriors who, according to Japanese history, fought alongside their husbands to defend their villages.

"The women were literally trained in the art of combat," Rose exclaimed. He wanted to focus on what the dynamic would be of a husband and wife going to war together and not knowing what the possible outcome might bring.

"We've come so far with gender neutrality, but I found it so intriguing that this is not happening for the first time." Rose mused.

For her piece, Love has created a playful and fun ballet entitled "New Love." Inspired by the iconic Balanchine ballet, "Apollo," Love has reversed the roles of three female muses to showcase three youthful, exuberant and competitive young men who are under the guidance and tutelage of a seasoned ballerina danced by MCB principal ballerina, Jennifer Lauren. 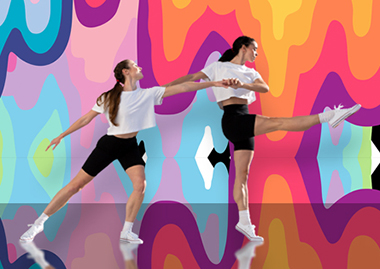 "I created it hoping that audiences would laugh," Love says. "We've been in a hard times these past two years and this was really created just as a little escape. Definitely comedic relief."

Other works in the pop-up series include "In Perpetuity" by MCB corps dancer Luiz Silva who visualizes two dancers dancing "in perpetuity." Inspired by his journey as a Black male dancer who is discovering his voice in the world, Silva reflects back to words from his grandmother who said, "Whenever you understand your Blackness, that is the day you will be set free."

Principal Dancer Steven Loch, who is in his first season with MCB, has choreographed "Un Baile Para Cinco" highlighting the company's talent through the technical prowess and artistry of five MCB ballerinas.

Encompassing eleven new works by ten choreographers and showcasing the dancers of MCB, the pop-ups remind audiences, as Rose says, that MCB is a ballet company that does more than just ballet.

"It makes people aware of what's going on in the city," Rose says. "And there's really nothing equal to seeing live dance."

Love added,"I love that it expands the usual dance audience to people that can just walk up to an outdoor performance instead of having to buy a ticket in a theater. Making dance accessible in any way possible is a great thing. It really enriches the culture of Miami." 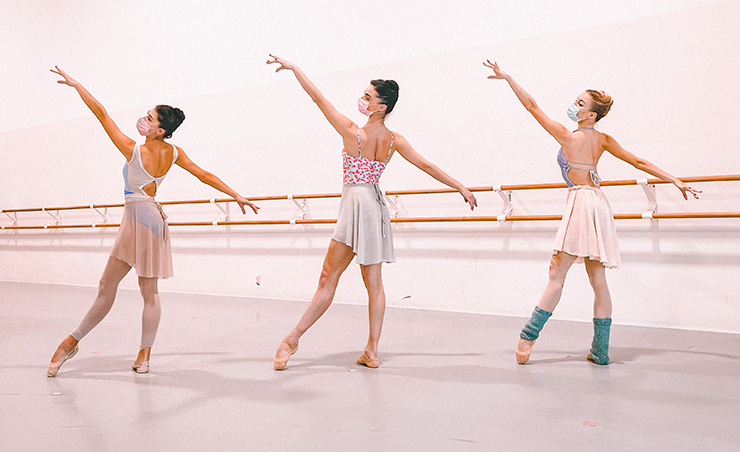