There Are Some Milestones For Sure 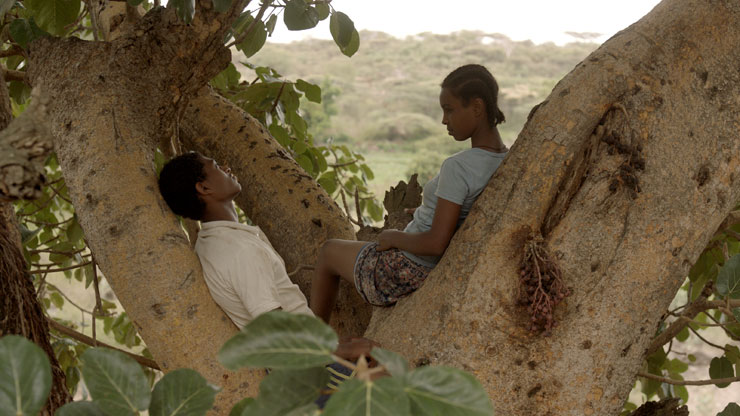 It's about numbers. And movies. Check out these milestones. This year's Miami Jewish Film Festival (MJFF), its 22nd annual edition, from January 10-24, 2019, brings 80 films from 25 countries, and hosting 50 filmmakers and special guests.

It is one of the three largest Jewish film festivals in the world, and has unveiled its biggest lineup ever featuring 12 World Premieres, 10 unique events and signature programs, and 25 films directed by women (31 percent of films announced), all taking place at 15 different venues across Greater Miami.

âThis yearâs Miami Jewish Film Festival program embraces filmâs unique power to inspire wonder and illuminate the world. In presenting a wealth of undiscovered stories and unique perspectives â including those of a record number of female directors â these 80 films offer a collective journey toward narrower divides and smaller obstacles. We take pride in celebrating each of these beautifully rich, distinct, and emotional stories. They are a testament to filmâs unending capacity to fill us with hope and discovery.â said Igor Shteyrenberg, Executive Director of the Miami Jewish Film Festival. 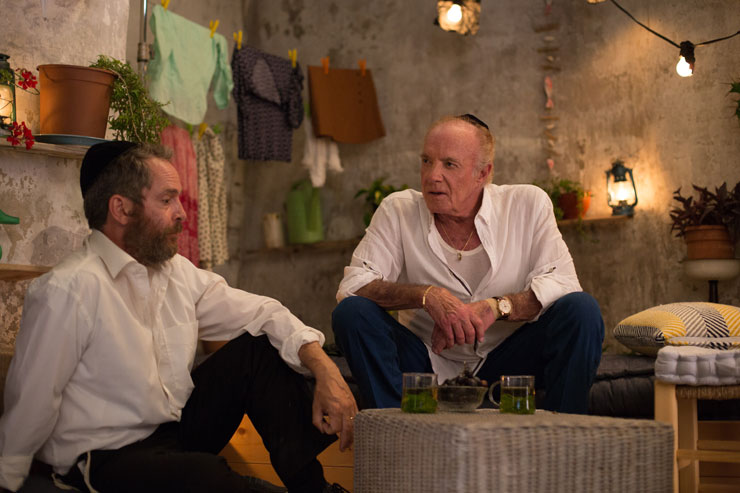 The 22nd annual Miami Jewish Film Festival will open with the premiere of the exhilarating, laugh-out-loud film "The Unorthodox", one of Israelâs biggest box office hits of the year. Preceding the premiere will be a live performance of Mizrahi music from the film. Closing night will feature the premiere "The Other Story", directed by one of Israelâs most renowned filmmakers, Avi Nesher. This juicy thriller about two rebellious young women fleeing their pasts recently won audience awards at film festivals and received great critical acclaim.

The Festival will host 12 world premieres this year, including "The Barn", which was co-produced by Nancy Spielberg; "Sustainable Nation", about the water crisis effecting the world; "Avenging Evil", a true story of a revenge planned by survivors of the Holocaust; "The Lost Crown", the stranger-than-fiction story about the theft of the oldest bible in the world; "Hasidistock," a vivid chronicle of contemporary Jewish music; "The Starfish," about a WWII refugee turned American dreamer; "Outback Rabbis," about Rabbis in the Aussie bush looking for âlost Jews;â "Sefarad," a historical drama about Captain Barros Basto known as âThe Portuguese Dreyfus,â and "My Survivor," a film made in Miami about how the devastating realities of the Holocaust are being understood anew by the next generation. 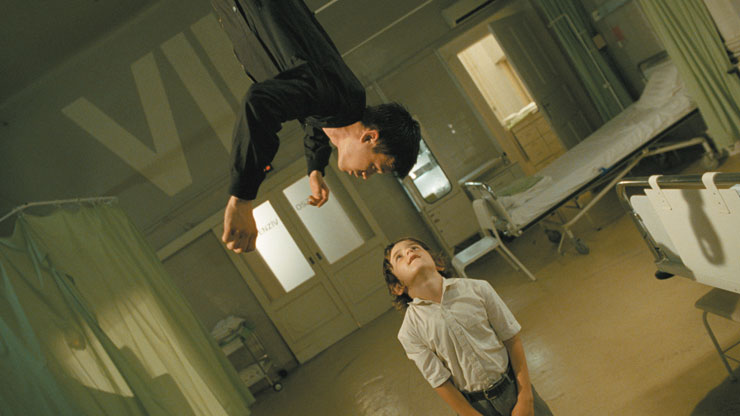 For the first time in its 22-year history, MJFF will feature a Spotlight on Women Filmmakers and present a record-breaking 27 films directed by women. Notable films in this sidebar include the Ruth Bader Ginsburg biopic "On the Basis of Sex" starring Felicity Jones and Armie Hammer; the Toronto Film Festival award-winner "Fig Tree"; the dramedy "Holy Lands" starring James Caan, Rosanna Arquette, and Jonathan Rhys Myers; the tale of forbidden first love "Red Cow"; the audience award-winning film "Who Will Write Our History" produced by Nancy Spielberg and directed by Roberta Grossman; the #MeToo inspired film "Working Woman,"; and presentations of "A Mirror for the Sun and Cellfish", both focused on portraits of courageous women.

Five official entries to the Academy Awards for Best Foreign Language Film will premiere at the Festival, including two from former Academy Award-winners, Florian Henckel von Donnersmarckâs "Never Look Away" and LÃ¡szlÃ³ Nemesâ "Sunset". Other entries include Slovakiaâs "The Interpreter", Austriaâs "The Waldheim Waltz", and Russiaâs "Sobibor". In addition to the Best Foreign Language Film entries, the Festival will premiere "Howard", an entry for Best Documentary at the Academy Awards, which is a heartfelt film about legendary Disney songwriter Howard Ashman.

Music features prominently at this yearâs program, with seven different events featuring live performance components, including an appearance by popular Israeli singer Gad Elbaz at the world premiere of "Hasidistock"; a live synth score performance for the recently discovered and restored silent film "The City Without Jews"; and a live musical accompaniment of a newly-commissioned score by pianist Donald Sosin and Klezmer violinist Alicia Svigals for "The Ancient Law". 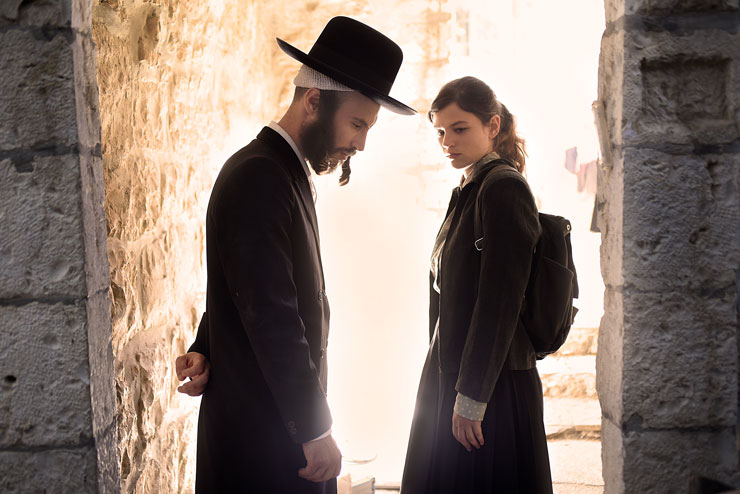 The Festival will celebrate Martin Luther King Jr. Day with a series of special events, including a free community screening of "Satan & Adam", a documentary about the transformative power of music and friendship. The event is hosted in partnership with the Overtown Performing Arts Center and will feature a live blues performance leading up to the film premiere. Two films about Blue Note Records, the iconic record label founded by Jewish emigres that recorded African American jazz greats, will also premiere at MJFF. The Wim Wenders produced "It Must Schwing! The Blue Note Story" and the Tribeca Film Festival documentary "Blue Note Records: Beyond the Notes", both of which will alsobe accompanied by a special live jazz performance.

New this year, MJFF will host several free movies under the stars, including two films at Miami Beachâs SoundScape: Stanley Kubrickâs epic sci-fi masterpiece "2001: A Space Odyssey" and Howard Ashmanâs beloved musical adaptation "Little Shop of Horrors", which will be presented in his tribute. As part of this outdoor program, MJFF is partnering with Faena to premiere Nina Paleyâs animated musical comedy "Seder-Masochism" at its new Faena Bazaar in Miami Beach.

Other noteworthy films at this yearâs Festival include the North American Premieres of Academy Award-winner Bille Augustâs sweeping epic "A Fortunate Man" and Vittorio Storaroâs gorgeously shot "A Rose in Winter"; the US Premiere of the foodie delight "Chewdaism: A Taste of Jewish Montreal" starring the creative duo of YidLife Crisis; and the mesmerizing documentary King Bibi about Israeli Prime Minister Benjamin Netanyahu.

To celebrate the 20th anniversary of Stanley Kubrickâs daring last film, the Festival will host a 35mm presentation of "Eyes Wide Shut" as an After Hours special in partnership with the Coral Gables Art Cinema. The event will include a pre-show of specially curated short films from around the world and other surprises.

The Miami Jewish Film Festival runs from Jan. 10-24. In addition to $14 single tickets, MJFF offers Festival badges for $295. More information is available at www.miamijewishfilmfestival.org and by calling 305-573-730.