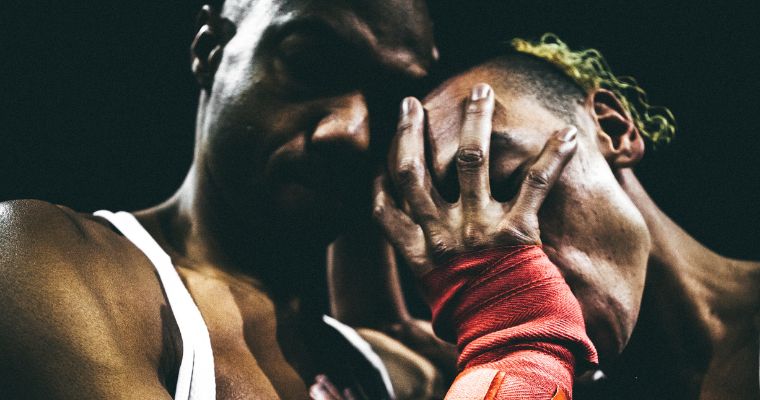 Shamel Pitts is a gentle, soft-spoken soul with an easy smile. He is clear in his thoughts, concise in his choice of words, and thoughtful as he gives details about his life, his collaborations and his most recent project, âTouch of RED.â

From Thursday, Nov. 3 through Saturday, Nov. 5, audiences are invited into the immersive world of âTouch of REDâ created by Pitts and his worldwide team of collaborators. It is presented by Miami Light Project in partnership with YoungArts. Utilizing scenography by MacArthur Fellow Mimi Lien, projections, animation, original soundscape, lighting and movement, Pitts offers a duet that allows âtwo men of color to soften and to share the power within that softness.â

The piece at Miami Theater Center follows two sold out performances at the âMassachusetts Museum of Contemporary Art (MASS MoCA). 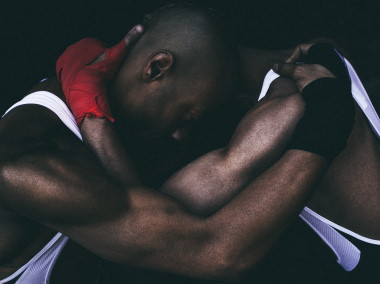 Brooklyn, N.Y., born and raised, Pitts trained in dance at La Guardia High School for the Performing Arts, took dance at the Ailey School, was a YoungArts winner in Dance and went on to become a Juilliard graduate. He performed with Israelâs Batsheva Dance Company for seven years working with then, artistic director and choreographer, Ohad Naharin whose works are done the world over.

âBatsheva was my dream company. To work with Ohad and be amongst those dancers was the dream,â Pitts said. âI had a life-changing experience dancing in that company.â

After a brief pause for reflection, Pitts continued.

âWhen dreams become realized, reality becomes something other,â he says. âWhile at Batsheva, I became interested in my own creative voice.â

Having a very busy daytime dance schedule, Pitts could only do his research at night to âdiscover his voice.â He worked on numerous multi-disciplinary events in the night scene, and most importantly, he met and became friends with artists working in different mediums.

Not wanting to have a home office, and needing a studio, Pitts painted what he calls his âsmall bizarreâ one room living space all black. He was working on a âBlack Box Bookââ of text and prose and the black room allowed him to physically try out movement that was envisioned from the book.

âThat led to my first performance called âBlack Box.â It was in that room, on my 30th birthday, I invited 30 friends and it was 30 minutes long.â

That first performer/audience experience was the impetus to leave Batsheva and embark on his next journey. Pitts started to create his own work and to collaborate with people that heâd meet or whom he had previously collaborated.

âThat journey as an independent artist/creator became independent no longer,â he explained. âI found that the people I met were vital towards the capacity and possibilities of the collaborative works that we were doing.â 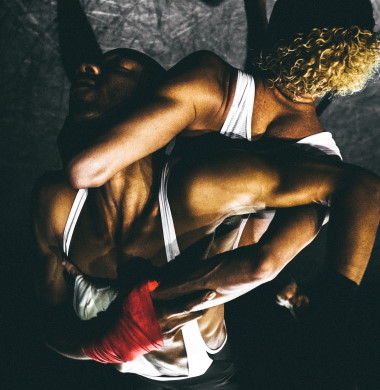 That is how and why Pitts founded the multi-disciplinary arts collective, âTRIBE.â The collective includes artists from throughout the world, people who Pitts said has become friends with or collaborated with through his work and travels.

âIâm incredibly enamored by the artists I get to collaborate with,â Pitts says. âTo generate ideas with, and to sense their expertise within their field. I feel that my voice comes into the relationship within our shared voice.â

With âTRIBE,â all of the artists within their disciplines create the world that is built with each of the works.

Technically, âTRIBEâ is a Brooklyn based, multi-disciplinary, Afrofuturistic, arts collective. The artists are BIPOC, queer, alternative, or non-binary and are both local and international. Functioning much like a band, each artist has their instrument or area of expertise and they come together when they have something to play or to create.

Afrofuturistic, Pitts explains, is more of a philosophy, an ethos, a way of life. Itâs a way of using the myriad of technologies of the present to re-envision or create alternative models to tell stories from the past. Afrofuturism highlights the authors and performers in presenting these stories so that there is a brightness in the present, a change from the past and perhaps, pathway for the future, he explains.

After creating the âBlack Series,â Pitts felt that there was more to be said, more development to be done, and more people to be used.

So he began the âRed Series.â Pitts wanted to challenge himself toward a different energy, a lightness and perhaps, hopefulness. In the âRED Seriesâ he is also going back to his roots, his upbringing and childlike nature.

âAnd within that playfulness and lightness,â he says, âThere is still depth and seriousness.â

He explains that the âRED Seriesâ in general was started as a film that was created before and throughout the pandemic quarantine. The collaborators making the film, who were from all over the world, felt that it was absolutely vital to continue their work - even during the quarantine.

âThe entire process gave me this resurgence of the power of creativity and of how it too can be quarantined.

âTouch of REDâ has to do with two men in a boxing ring of sorts. There is a match but it is not a match of combat, or aggression or violence - or even winning or losing. The confrontation is more one of intrigue and curiosity, and perhaps the electricity that is created between the two participants, he explains.

However, thinking of a boxing match does not conjure up softness and light.

âI initially had such adverse reactions to the idea of boxing. Watching it on TV, I just couldnât see the entertainment value of it. So instead of looking away, I started to look towards it. And when I did that, there were moments, I call them blurred moments, that I wasnât sure if the two fighters were wrestling or embracing or even dancing,â Pitts explained.

He started thinking, what could happen with two men in a ring, but it wouldnât be a match of combat. It would still be intense, but there would be no harm.

This âboxing ringâ is a voyeuristic site, but it is not a typical boxing ring.

âWe had a lot of conceptual discussion about boxing conceptsâ Pitts says. âOur ring is a sort of futuristic entertainment site with viewers on all four sides. One of the things I got from working with Ohad was creating a multi-layered experience. How can we be soft and light and still be very quick and explosive? âTouch of REDâ is intense, but itâs also soft and light and at times very bare.â 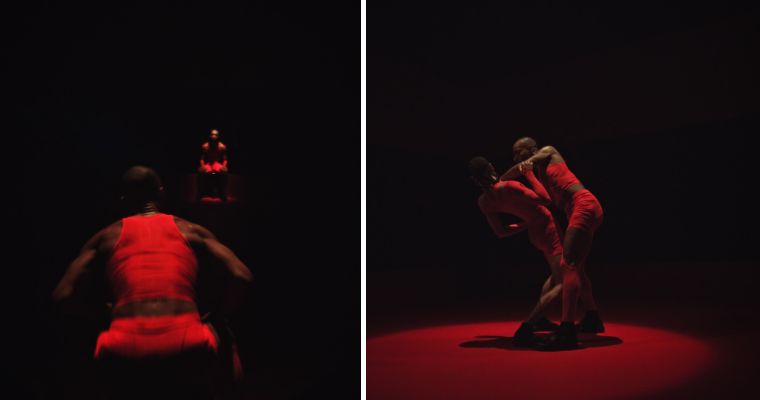 Inspired by the quickness of footwork in boxing and the camaraderie within combat, the dance performance "Touch of RED" comes to the Miami Theater Center.

Pitts is performing the piece with fellow dancer, Tushrik Fredericks, whom heâs known for many years. He has subliminally been collecting material for âTouch of REDâ for many years when he and Fredericks would go out dancing at night, he said.

Pitts relayed that he is very thankful, in working on this piece throughout the pandemic that he was offered safe, live rehearsal spaces to work in by YoungArts, NY Live Arts, Miami Light Project, Jacobâs Pillow, UCLA, which all offered space at a time when everything was closed. Working in small chunks of time, it took over two years to create the work.

âWe really wanted to bring back the warmth of live performance,â Pitts says. âI feel like âTouch of REDâ has this sense of people gathering around a campfire. Itâs heated and itâs warm - and depending on your proximity, the temperature rises or decreases.â

âI hope that through the intimacy and the complexity of our partnership that the audience is able to see themselves in us as participants in a shared complex humanity. I hope we all gain something that furthers our perspectives of relationships, of partnerships.â

Pitts concludes with, âI always sense and feel the power of live art and the exchange between performers and live audiences are about three things: a lesson, a challenge, and a gift. With âTouch of RED,â I hope audiences receive and experience all three of those things.â

âA Touch of REDâ is led by Pitts, director and founder of âTRIBE,â but it is also a collaboration. Pitts is concept director and choreographer. The collaborators include: