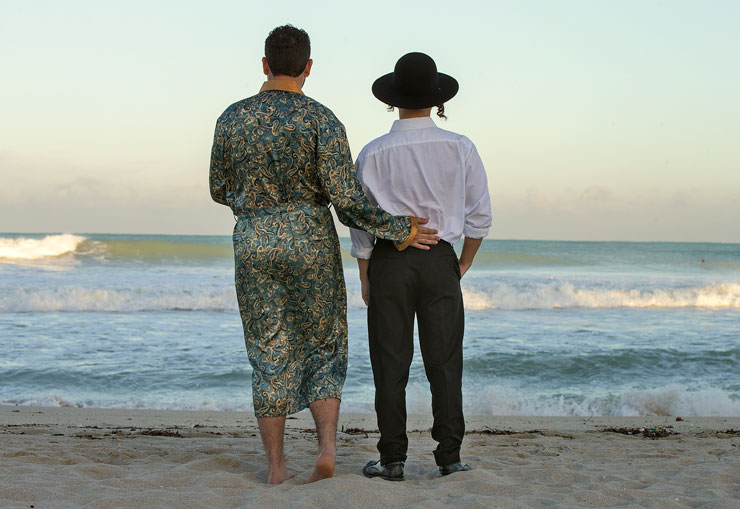 In 1991 actress Hedy Lamarr, (known in the 1940s as the most beautiful woman in the world) was 77, retired from the silver screen and living unobtrusively in the North Beach section of Miami until her home was burglarized and her valuables stolen.

Six years later, serial killer and the man who murdered fashion designer Gianni Versace, Andrew Cunanan, went on a cross-country murder spree. After shooting and killing Versace,Â  he holed up on a houseboat in Indian Creek.

During North Beachâs years of Prohibition, a 1920s speakeasy, The Jungle Inn, operated with impunity until a woman reporter known as Madge went undercover and wrote about her experiences with alcohol and illegal gambling in the establishment on the front page of the Miami Metroplis, leading to the speakeasyâs demise. 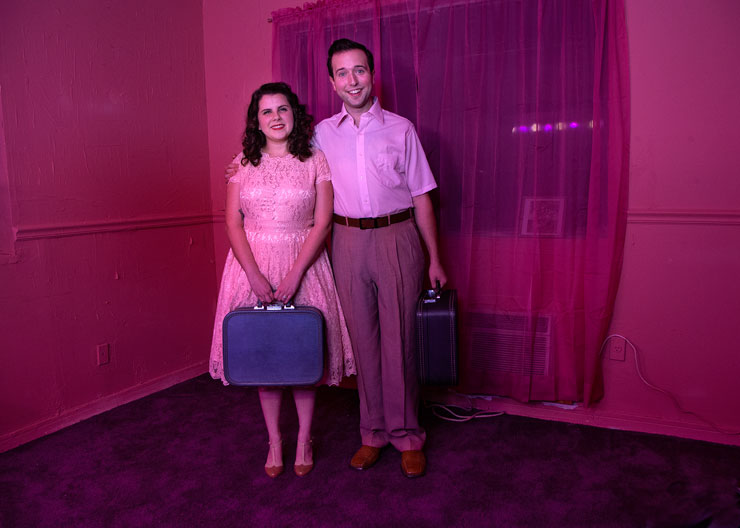 Lamarr eventually decamped for safer surroundings in central Florida and Cunanan shot himself as police and SWAT closed in on him and the Jungle Inn was eventually razed and paved over in the mid-20s.

These are three of the 18 real-life stories reimagined by resident playwright Juan C. Sanchez and the Juggerknot Theatre Company for its fourth "Miami Motel Stories," featuring the Miami neighborhood of North Beach.

The first edition of the immersive theater presentation of "Miami Motel Stories" unfolded in 2017 in Little Havana at the historic Tower Hotel, followed in December 2018 on Biscayne Boulevard at the Gold Dust Motel by Selina and the third performances in Spring 2019 at Wynwood Yard.

âNorth Beach is a unique place where history and nostalgia are woven into the fabric that makes up its present day â and looming future. Each neighborhood and area conjure up a specific time in the history and evolution of the area,â says Sanchez. 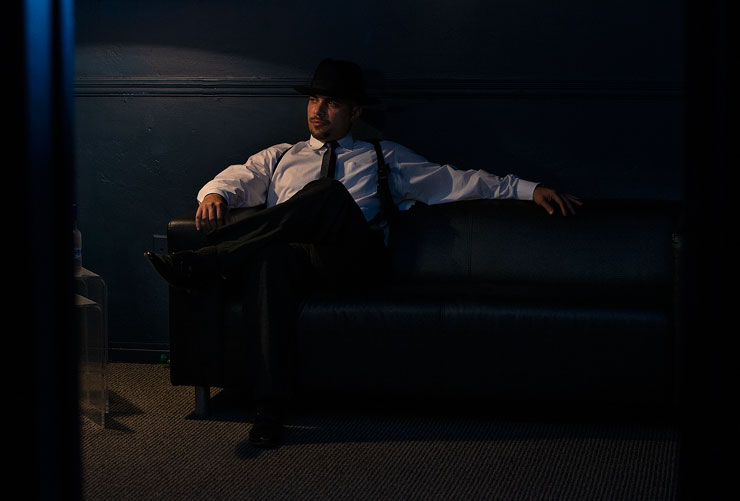 The troupe now takes up residence at the newly renovated Broadmoor Hotel on Ocean Terrace (known in the 1950s as âThe Broadmoor By the Seaâ) to recount the history of North Beach through the eyes of its residents in a site-specific, immersive theatrical experience.

Audience members will received either a pink, blue, orange or yellow key, unlocking one of four story tracks, and are encouraged to come back and experience all 18 storylines, revealing a more complete picture of the neighborhoodâs history and complexity.

Thanks to a Knight Arts Challenge Grant which got the project off the ground, and research assistance from the History Miami Museum, Sanchez worked in conjunction with the hotel's real estate developer, Ocean Terrace Holdings, to present the real and re-imagined history of North Beach. 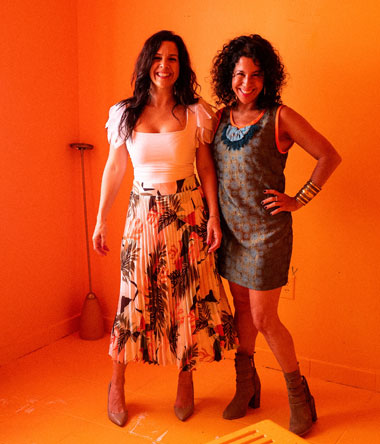 Over time, North Beach transitioned from the lively and wild 1920s of Prohibition and bootleggers, to the 1950s when middle-class northerners flocked to the warm weather, to the upheaval of the '60s, '70s and drug-filled '80s and on to the '90s when Argentines, fleeing economic upheaval, converged on North Beach creating a Little Buenos Aires.

Societal changes of busing, integration, the arrival of the Cubans, Haitians and Central and South Americans, the urban decay and rebirth, the Art Deco movement and the massive real estate development all left their mark on North Beach and its citizens.

Sanchez looked to tell these stories. He combed through archives and conducted interviews with residentsÂ â the domestic workers, squatters, snowbirds, observant Jews, even Mob members â whoâve lived through the changing times and demographics of that community.

âMy research begins revealing a pattern of how this neighborhood has evolved,â says Sanchez, who grew up in Miami himself.

On one of his research jaunts through the neighborhood he encountered a group of homeless men and learned about the squatters who had occupied the boarded-up buildings and conducted an impromptu on-site interview with them, which evolved into one of the storylines.

Other inspired-by-real-life events include a young couple from 1956 Brooklyn who come to North Beach for their honeymoon, a newly arrived Argentine couple in 1995 and their struggle to adapt to their changing circumstances and marriage and a young Overtown high school student bused into 1970s Miami Beach.

âJuggerknot Theatre Company executive director Tanya Bravo and the production team are top notch,â he says. âTai and Anna are digging into the work and helping make these stories and the neighborhood come alive beyond my words.â

Bravo says, âWe hope people leave the experience learning more about the neighborhood and the cultures and people who inhabited it.â

âJust because the buildings are demolished, doesnât mean the stories that lived there shouldnât live on,â she says. âWe want to give a voice to the community that was.â

She continues: âItâs a chance to put yourself in anotherâs shoes for a moment in time. Come see the show, stay the night, take a dip in the ocean, have some cocktails and tacos, and leave with a bit of history that you didnât know before about Miami.â

Free Parking is available after 6:30 p.m. at the following locations: all along Ocean Terrace and Collins Ave., in the lot next to the Hotel off 75th St., and across from the North Beach Bandshell.