New Musical 'Now & Then' Has Promise

Flaws And All, Shows Is Charming, Touching 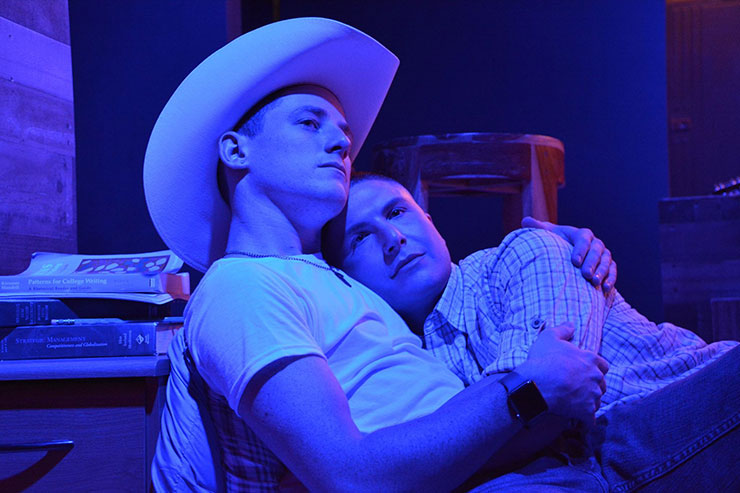 Time flashes years forward and backward in sometimes sunny beams of hope and love, but also darker hues of disappointment and despair, in the world premiere of Ronnie Larsen and Dennis Manningâs often-cliched, sometimes preachy and sentimental musical,"Now & Then."

Certainly, this weepy, yet at times charming, touching and upbeat show has something to say.

Furthermore, few of us can admit without lying that we always take the musicalâs message to heart. But thereâs nothing revelatory or groundbreaking in book writer Larsen as well as composer and lyricist Manningâs musical.

Even so, now and then, thereâs charm and pathos in this show, which runs through Sunday, Sept. 30, a Ronnie Larsen Presents production.

This first-ever mounting is playing on the newly-named Wilton Theater Factoryâs mainstage in Wilton Manors, near Ft. Lauderdale.

"Now & Then's" message seems to be that love and life can be fickle and fleeting. Therefore, make the most of your time on Earth with those whom you cherish. In addition, if difficult times arise, listening to a still, small voice might help. 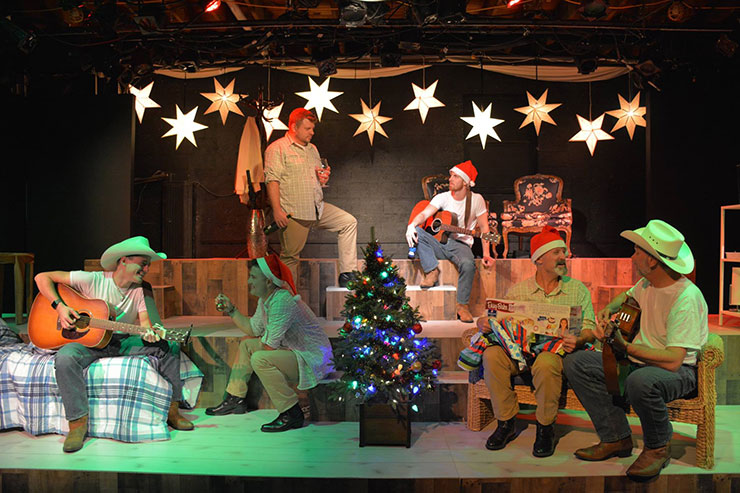 In the show, those voices come in the form of two charactersâ past and future selves.

In this debut production, the actors demonstrate clear, strong and expressive singing voices. They also disappear into their characters and their guitar playing is diverse without missing a beat. However, their tentative and awkward dancing could use some work, as well as the choreography.

This musical, while it has promise, must improve if itâs to experience longevity.

The tale centers on two gay men -- aspiring musician Daniel and hopeful funnyman Greg. They meet during an open mic night in college.

Soon, we learn that both men areâsolitaryâ individuals. Therefore, itâs no surprise that they would decide to become friends. But when one proposes to the other, itâs not hard to envision that this marriage will be rough. After all, marriage is a life-long commitment. So, are âsolitary menâ ready for such a responsibility?

On the other hand, itâs a pleasant surprise to learn that, through good times and bad, arguments and tenderness, this couple has remained together for 43 years.

Certainly, circumstances and time have changed them. For instance, we first encounter an aw-shucks, modest, charming, soulful-singing Daniel in his 20s (a likeable, cowboy hat-clad Cody Jenkins, who nails these characteristics with good olâ country boy charm).

With that in mind, itâs hard to believe Daniel has changed so much about a decade later. But itâs one thing to live alone and quite another to share your life with someone whose lifestyle requires adapting. Soon, we get to know Daniel in his mid-30s (Daniel No. 2). Matt McClure convincingly plays him asa stone-faced man with a bottle. Indeed, he looks and sounds nothing like Daniel No. 1, that charming young man we met at the playâs beginning. Everything about Daniel No. 2 suggests apathy and an unhappy, perhaps even stoned individual in his own world. If heâs written and portrayed one dimensionally, it can be easy for audiences to dismiss him. Fortunately, McClure finds the vulnerability and emotion in the role, so we care about him.

While the entire cast largely succeeds, Tim Evanicki shines as Greg No. 2. 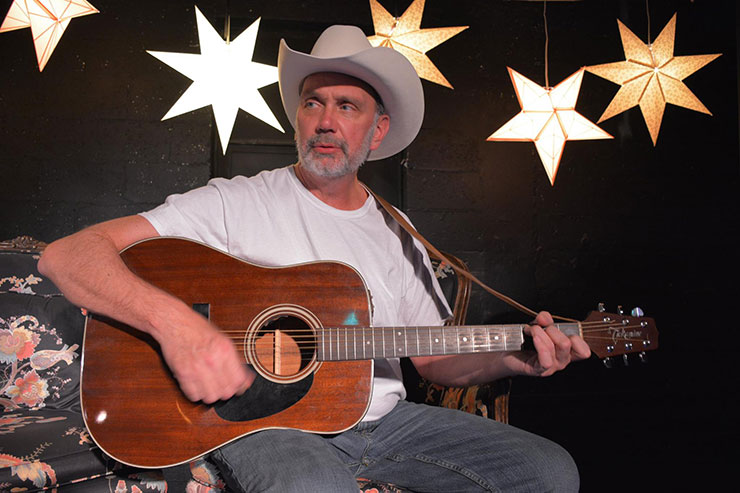 The actor disappears into the role. Specifically, he lends him an uptight, hurried aura that suggests this man needs a massage. Also, when the character becomes emotional, the tears and pain in his expressive, choked-up voice sound and look impressively real. Undoubtedly, Evanicki has carefully internalized this part.

Sometimes, a character at a younger age speaks to himself at an older age. Scenes involving all three Daniels and Gregs occur in rapid succession, perhaps reinforcing lifeâs fleetingness.

Some of the showâs quieter, reflective songs also reflect this. While itâs doubtful youâll remember any of these folk- and country-style tunes, theyâre mostly effective at reflecting a sceneâs mood.

Certainly, at first, love, dreaminess and sex are in the air. Conor Walton could vary his facial expressions and inject more nuance into GregÂ  No. 1. Still, he beautifully captures the aforementioned mood, with intensity in his smile, a playful, teasing demeanor and a seemingly unrestrained zest for life.

Thereâs an intensity about him suggesting a contentment that disappears with Greg No. 2. Unfortunately, this character experiences a downward spiral from his younger days. Nerves and a short temper replace that easygoing dreaminess and sexiness. Then, those knots of tension give way to vulnerability and helplessness as Greg No. 3 (a fine Manning, the composer and lyricist of "Now & Then") learns devastating news. The humor that follows is clearly meant to keep the musical from becoming depressing, even if the jokes are lame. Also, at this point, clichÃ©s start to kick in.

âIt goes by really fast, man,â Daniel 3 tells one of his younger selves, referring to life. âWay too fast. You meet at open mic, then you buy your first home, then you retire and next thing you know youâre playing âSolitary Manâ at your husbandâs funeral. Youâre wasting time, Daniel.

âIâm just saying, time goes by crazy quick. Donât waste it. You only get so many Christmases.â

Speaking of pace, the production drags at the end under Larsenâs direction. But his staging and placement of actors make it clear how they feel about each other during given moments.

The multi-level set by Melquisedel Dominguez might suggest the journey through life. An eye-catching part of the set resembles stars, reinforcing the musicalâs non-realism.

"Now & Then" continues its run through Sept. 30 on the mainstage of the Wilton Theater Factory, 2304 N. Dixie Highway. Performance times are 8 p.m. Saturdays and 7 p.m. Sundays. Tickets range from $35-$50. For more information, visit www.nowandthenmusical.com or ronnielarsen.com.