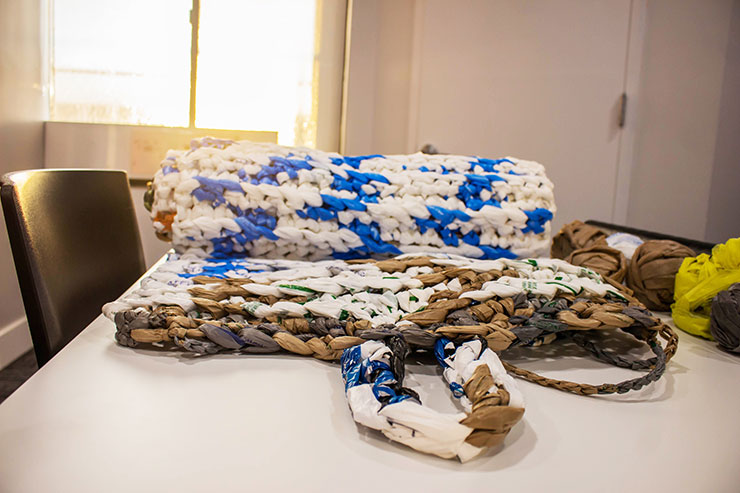 What if someone took all the plastic bags sitting in your pantry and used them to help the homeless get a good night's sleep? What if someone used drama as therapy to help young students manage their emotions? What if someone created a Jazz Combo to raise money for aspiring musicians who couldn't afford to participate in the schoolâs band program?

That is what three Miami-Dade County students did. Monica Lagrange, Sasha Farid and Gabriel Perez accepted the challenge to meet community issues head-on, finding creative solutions by combining their passion for the arts with their problem-solving skills.

All three were awarded a 2020 Silver Knight Award, which honors community service and academic accomplishments of high school seniors in 14 categories, such as Art, Business, Drama, General Scholarship, Music and Dance, Mathematics, World Languages and more. Applications are reviewed and nominees interviewed. In the end, 30 Silver Knights and 90 Honorable Mentions are awarded with scholarships and plaques. 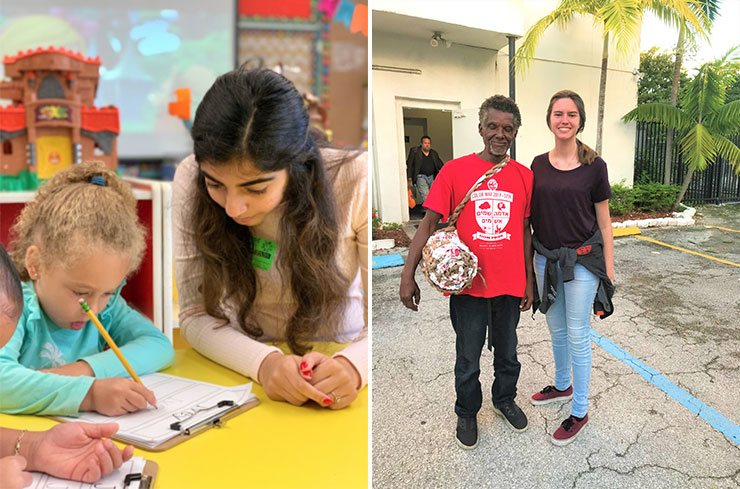 Doral resident Monica Lagrange, of Doral Academy Preparatory, received a Silver Knight in the Art category for her project Bags for Mats, which was brought to her attention by her math teacher. Lagrange diligently collected plastic bags and then crocheted them into mats, which were then distributed to people who were homeless for them to sleep on.

It takes around 30 hours to prepare the bags and then another 15 hours to crochet a mat, she said. To distribute the mats, she enlisted support and assistance from Pastor Kipp Nelson of United Methodist Church of Miami, who hosted Sunday Breakfast Clubs. After Pastor Nelson handed out the mats to those who needed and wanted one, Lagrange and a few volunteers would sit and speak with them and learn about who they were. Lagrange said, âHelping out the homeless has broken the social barrier I had previously imposed on myself, and seeing their smiles and gratefulness makes all the time and personal struggle to create a single mat worth it.â

To make more mats, she enlisted a few passionate friends and members from her schoolâs Key Club, Green Club and Spanish Honor Society. Additionally, Lagrange coordinated collection drives, as well as mat-making events where approximately 70 people worked on the mats. "Teaching people how to create art is very rewarding. When I see each mat-maker put their unique touch to the mats they are working on I feel proud of their use of technique and confidence to express themselves in a new medium," Lagrange said.

Even though Lagrange has graduated, she has put a succession plan in place to ensure that Bags For Mats continues to flourish.

Farid of Homestead, united her love for theater and psychology to help younger students and walked away with the Silver Knight Award for Drama.rid,

Farid founded "Believe to Achieve," a tutoring program for elementary and middle school students. She enlisted fellow volunteers- friends and members of her schoolâs National Honor Society- to tutor in any subject that was needed. She witnessed the younger students bonding with the older kids, and at the same time, improving academically. âIt started really small, but then it grew to be three rooms worth of kids,â she recalls.

While tutoring, she saw preschool teachers having a difficult time handling their energetic students. Drawing upon her passion for psychology, she developed a drama therapy program to help those with special needs express their emotions. She recalled a student with social anxiety and is sensitive to noise and touch. âOver the last few months, [she] has become extremely attached to me. She loves to dance with my group. I love to see her smile when I walk into the room.â

And when her middle school teacher at Air Base K-8 was asked to teach Drama as an elective, Farid knew she wanted to help her, especially since she fondly remembered how much she enjoyed being involved in the theater program as a middle schooler. Farid assisted her teacher in forming a Junior Thespian Troupe. 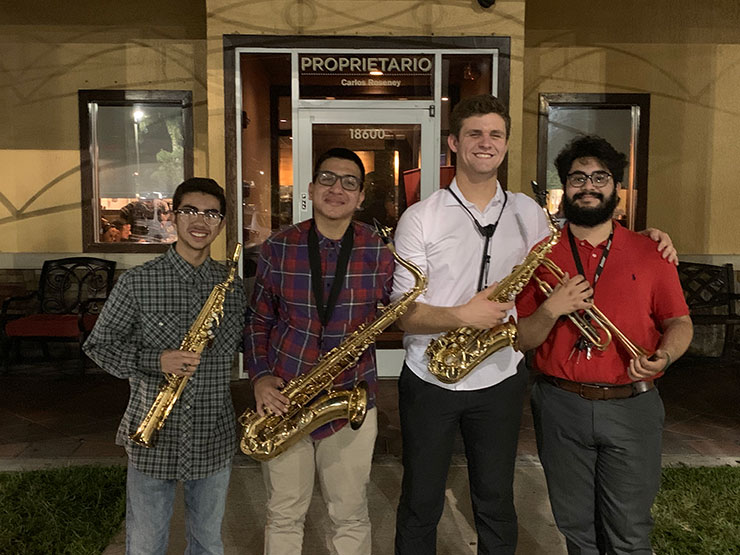 Gabriel Perez, second from left, was awarded a Silver Knight Award for helping his school's underfunded music programs by creating the Gladiator Jazz Combo. He is a student at Hialeah Gardens Senior High.

Silver Knight recipient in Music and Dance, Hialeah Gardens Senior Highâs Gabriel Perez, used his talent to address the needs of his schoolâs underfunded music programs by creating the Gladiator Jazz Combo. He recalls, âI first saw the obstacles as soon as I stepped foot into my high school's band program. Not even exaggerating, almost every other word that came out of my band directorâs mouth during band functions and rehearsals would mention fees, money, or fair shares. This program ... is very underfunded and most of the money, if not all, is funded by the members in the band. "â¦Not every member in the band can pay for these pricey obligations to be a member." He created his Gladiator Jazz Combo.â

The Gladiator Jazz Combo performed for packed audiences at various events, including over 35 performances at Carrabba's Italian Grill in Miami Lakes, as well as at summer camps, graduations, a Starbucks re-branding event, and other special events. He recalls, âThese large crowds gained respect and appreciation for such a young and developing band, playing music for a good cause.â The band raised $1,900, which was enough to provide scholarships to three students, allowing them to continue their participation in the schoolâs band program for another year with money left in the account for the following year.

The Combo recorded an album, too, entitled the âMusic Saves Lives: A Mental Health Project.â After âmany brainstorming sessions, logistical nightmares, rehearsals and long nights of arranging,â they recorded the album in just four hours.

Perez plans to appoint a new leader for the Combo and wants to expand the project to more schools. âI would like to instill a chance for some of these... high school musicians, who deserve a chance to do what they love without the financial obligation,â he said. âI always had this saying when it comes to my group: âMoney should never stop someone from doing what they love.ââ

For more information about the Silver Knight 2020 awards, click here