Truth-Telling With Blinders On

Jon Stewart's Directing Debut Plays it Serious to its Detriment 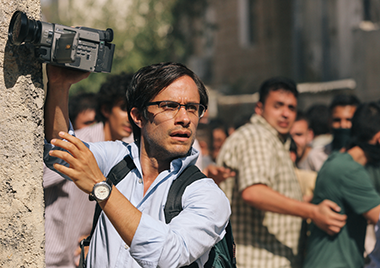 The oppression that's palpable throughout Rosewater, Jon Stewart's feature directing debut, does not come from bringing to life the punitive measures that the Islamic republic of Iran exerts on those who strive to shine a light on their freedom-snuffing ways. Rather, it emanates from the film itself, how it strains to bear witness to the tenacity of somebody placed in said government's cross hairs after choosing to disseminate the violent lengths to which officials would go to quell dissent.

That seeing the story of Iranian-Canadian journalist Maziar Bahari told on film would feel like taking your medicine hardly comes as a shock. What's surprising is that it was Stewart, host of Comedy Central's The Daily Show, who deemed this subject matter, which was begging for his biting brand of satire, had to be treated with stern-faced earnestness. The end result brims with artistic integrity and sterling intentions. It is also a tedious slog, one that's not helped in the least by the novice director's lumpy structure and even sloppier editing. 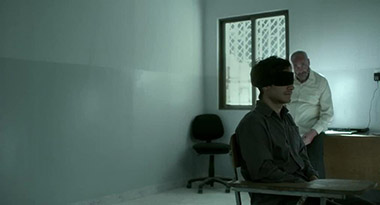 Following a brief prologue in which Bahari (Gael GarcÃ­a Bernal, capably taking on an Iranian accent) shares a childhood anecdote that introduces the titular fragrance, we're shown the day the London-based journalist is taken into custody at his mother's Tehran residence. Stewart then goes back in time to his arrival in Tehran circa June 2009. Bahari, a London-based reporter on assignment from Newsweek, is there to interview Mir-Houssein Moussavi, the prime challenger to incumbent Mahmoud Ahmadinejad (aka Mr. There Are No Gays in Iran) ahead of the country's presidential election. Bahari knows it will be in his best interest to hire a driver for the duration of his stay, and Davood (Dimitri Leonidas) hustles him for the job. The scene where the two negotiate the terms of Davood's employment is matter-of-fact and promisingly lighthearted. 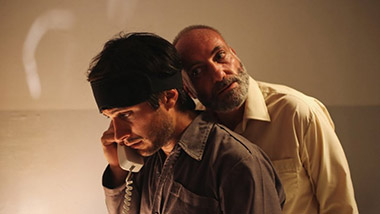 Imagine Bahari's dismay when Davood shows up the next morning with a motorcycle instead of a car, which at least that gives Stewart an excuse to give viewers a resident's eye-view of Tehran's roadways. Bahari conducts his interviews, and sees the possibility of a better tomorrow for his home country. (Bahari was born in Tehran but moved to Canada in 1988 to study film and political science.) âWho knows? Maybe this time it will be different,â he tells his mom, Moloojoon (Oscar nominee Shohreh Aghdashloo), who remains skeptical â¦ with good reason, as it turns out.

Tehran spirals into chaos once Ahmadinejad declares a landslide victory and his opponent accuses him of fraud. The unrest spills onto the streets, and Bahari, coaxed by a fight-the-power Davood, takes out his video camera and shoots the Iranian police using brute force against demonstrators. Bahari gives the riot footage to the BBC, and on June 21, nine days after the election, he is apprehended by the Revolutionary Guard police. Blindfolded and disoriented, he finds himself imprisoned, not because he videotaped the tense confrontation, he is told, but because he agreed to be interviewed by Daily Show correspondent Jason Jones (who plays himself in the film). This is proof, his captors argue, that he's a spy for the U.S., in cahoots with âthe Americans and the Zionists.â 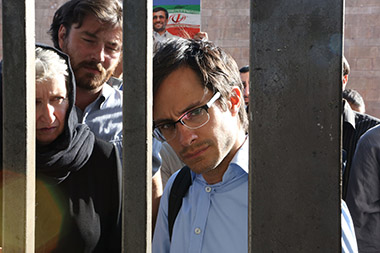 So far, so good. Stewart makes up in journalistic inquisitiveness what he lacks in visual flair and pacing. Unfortunately, what feels like the bulk of Rosewater unfolds inside the walls of Evin Prison, where Bahari spent 118 days being interrogated and often tortured, both mentally and physically, by a man (Kim Bodnia) bearing that scent of rosewater that reminds him of his childhood. This is not the first time, you see, that Bahari's family has been persecuted by the government. In an ill-conceived bit of magic realism, the reporter has entire conversations with his deceased father (Haluk Bilginer), who was jailed by the Shah's regime in the 1950s. His late sister Maryam (Golshifteh Farahani), who appears in flashback scenes, was an activist targeted by the Ayatollah Khomeini's government in the 1980s.

I felt Rosewater's potential petering out when I realized Stewart had failed to find a way to make Bahari's four-month jail stint compelling. The filmmaker resists milking the absurdity of the government's suspicions that he's a spy for laughs, limiting himself to conveying Bahari's bemused incredulity at the accusations. âI am very deliberately refraining from falling back on political satire,â Stewart seems to be declaring on every frame of Rosewater, but his knack for dealing with dry subject matter in all kinds of entertaining, often hilarious ways would have worked wonders. It's almost cruel, really, how he turns the film into such a humorless bore. The heavy-handed metaphor that is Bahari's blindfold extends to Stewart's self-imposed tunnel vision. Call this self-important valentine to freedom of expression a missed opportunity.