Sasha Wortzel: Rising with the Attacca Quartet and Caroline Shaw 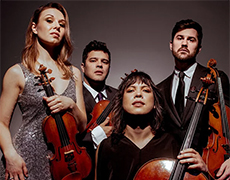 IlluminArts and Oolite Arts are thrilled to present the GRAMMY-winning Attacca Quartet and Pulitzer Prize winning composer and singer Caroline Shaw in a performance inspired by the work of Oolite Arts resident artist, Sasha Wortzel.

This curated performance event will be live-streamed from New York City with an exclusive in-person screening held at the North Beach Bandshell on January 31st at 7:00PM for 100 patrons. The performance will also be available for viewing online from January 31 - February 7, 2021. All CDC guidelines will be upheld to ensure the health and safety of those attending the in-person screening at the bandshell.

Born and raised in Southwest Florida, Sasha Wortzel is an artist and filmmaker working between Miami and New York City. In their Oolite Arts solo exhibition DREAMS OF UNKNOWN ISLANDS, Wortzel references cycles of life be they natural, influenced, extracted or at times accelerated by human interference. As voices and sea levels rise, Wortzel marks and distorts time all the while calling out for some semblance of peace, care for the land, care for each other, and eventual liberation.

The Attacca Quartet's latest recording, Orange, won the 2020 GRAMMY award forBest Chamber Music/Small Ensemble Performance, and features string quartet works by composer Caroline Shaw: the youngest ever winner of the Pulitzer Prize for Music. Shaw's career defies categorization she performs as a violin soloist, chamber musician, and as a vocalist in the Grammy-winning ensemble Roomful of Teeth. In a musical program anchored by the works of Caroline Shaw, this performance will tell the rising story of the intersection between nature and humanity.

In Pursuit of Peace 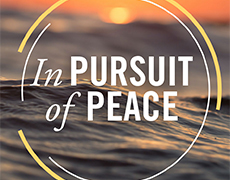 Setting the anonymous poems of Irish monks from the 8th to the 13th centuries to music composed in the 20th century, Samuel Barber's Hermit Songs are a meditation on solitude, isolation, and the simple joys of life. A special rebroadcast of the 2016 performance of Reich's The Desert Music by Seraphic Fire and New World Symphony, conducted by Patrick Quigley, raises the duality of war and peace and questions the lengths humankind will go to achieve its goals.

Pre-concert conversation 30 minutes prior to the performance. Video will be available to view for 72 hours after the premiere.

Tickets are $20 for a household pass, $15 for Young Professionals, see Fans of Fire program; FREE for students, see StudentAccess program. 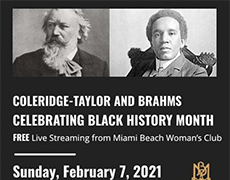 Samuel Coleridge-Taylor (1875-1912) was an English composer and conductor. Of mixed race birth, he achieved such success that he was referred to by white New York musicians as the "African Mahler" when he had three tours of the United States in the early 1900s. Coleridge-Taylor was particularly known for his three cantatas on the epic poem, Song of Hiawatha by American Henry Wadsworth Longfellow. Coleridge-Taylor premiered the first section in 1898, when he was 22.

Johannes Brahms's Clarinet Quintet in B minor, Op. 115, was written in 1891 for the clarinetist Richard Muhlfeld. It is scored for a clarinet in A with a string quartet. At the time Brahms started composing his Clarinet Quintet, only a few works had been composed for this type of ensemble. Examples of clarinet quintets include those by Wolfgang Amadeus Mozart, Giacomo Meyerbeer and Alexander Glazunov. Brahms had retired from composing prior to listening to Richard Muhlfeld play. Brahms was very enthusiastic about Muhlfeld. That summer at Bad Ischl, he composed the Clarinet Quintet and his Clarinet Trio Op. 114, both of them for Muhlfeld.

The South Beach Chamber Ensemble was founded in 1997 by Michael Andrews. The ensemble is one of the only arts organizations in south Florida dedicated to offering affordable chamber music programs to new audiences while showcasing local musical talent. Our performances of Villa-Lobos, Copland and Mendelssohn at the Villa-Lobos Museum, Rio de Janeiro and Bass Museum of Art, Miami Beach, were well received in both countries. Music in Motion: Miami-Argentina-Brazil, September 2007, included concerts and student programs in Rio de Janeiro, El Salvador, Buenos Aires, Miami Beach and Miami Shores.

Streamed directly from the Miami Beach Womanâs Club, founded in the wake of the devastating 1926 hurricane, by some of Miami Beachâs most renowned and influential women, with the intent of fostering neighborly friendship and community. Today in 2020, during the coronavirus pandemic, the organization will host this exciting concert devoted to the contributions of the African diaspora to the literature of classical music.