What Does It Take To Create An Original Opera?

For more than two decades, Carson Kievman has been creating "new music" theater, in addition to chamber and solo instrumental works. He's currently readying his latest multi-disciplinary opera, "Tesla," which is set to open Sept. 28 through Oct. 1, at The Colony Theater. miamiartzine.com caught up with Kievman, the artistic director and founder of SoBe Arts, to find out more about the Miami Beach composer's work.

miamiartzine.com: What inspired you to create a multidisciplinary opera on Nikola Tesla?

Carson Kievman: More than 100 years ago, Nikola Tesla shockingly gave away a vast number of his hard-earned patents, primarily because he realized that those inventions were fossil fuel-consuming and would ultimate destroy our planet. He then pursued relentless dreams of tapping natural forces that could further liberate mankind. Tesla focused on connecting humanity to the very wheel-work of nature, and allowing the extraction of free and nonpolluting wireless energy from the ionosphere, and delivering it safely via wireless transmission to the whole world. A peer of Mark Twain (our narrator), and a colleague of Thomas Edison, George Westinghouse, and J.P. Morgan (all characters in the opera), Tesla nonetheless died a pauper, crushed by the greed of his contemporaries. 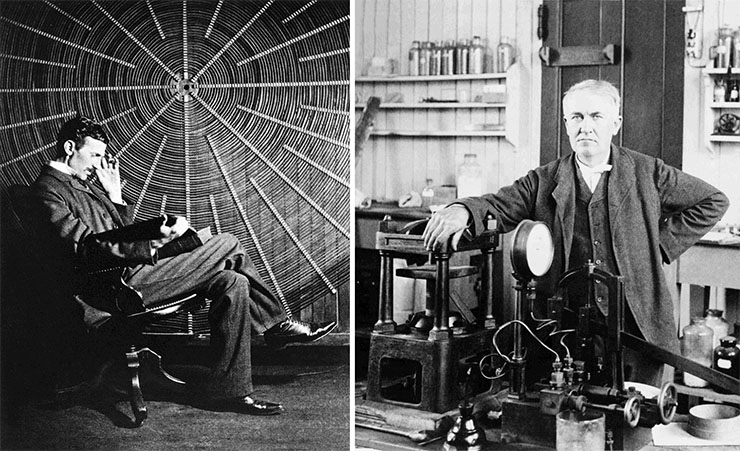 I am increasingly drawn to the parallels between humanity, culture and environmental sustainability. It is this conflict that is at the heart of my motivation to tell the tragic and inspirational real-life story of Nikola Tesla, one vastly more captivating than that of any epic protagonist.

MAZ: Who the heck is this guy? 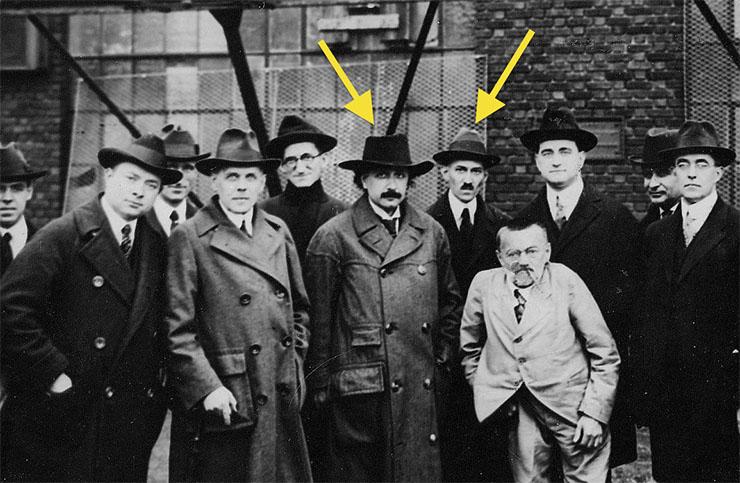 CK:Â Tesla was a Serbo/Croatian immigrant whose transformative ideas challenged the staid society, inherited wealth, and power structure of the Gilded Age. "Tesla" brings to life the revolutionary race with Thomas Edison to fuel a new era of electricity, and the portentous aftermath: from the peak of worldly renown to his earthly demise. 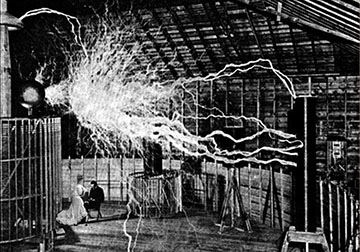 CK:Â "Tesla" was conceived in 1986 at the Eugene OâNeill National Music Theater Conference. And later, I connected with Thomas Babe (who I knew from The Public Theater NYC and together we co-wrote the libretto in the 1990s). Then two scenes were workshopped at the New York City Opera Vox Festival in 2004. The libretto was slightly revised (with the help of local writer Mark David Needle; Tom Babe died of cancer in 2000) and the score was completed in April 2016.

MAZ: What is a multidisciplinary opera. Can you explain?

The creative team from "Fairy Tales, Songs of the Dandelion Woman" and "Intelligent Systems, the surrender of self in mystical contemplation"Â [Kievman's previous works] will be taking their collaborative work into a new level for "Tesla" by, not only presenting extraordinary mapped animated projections, unique set designs and costuming, but will include an amazing physical mechanical-electrical recreation of Nikola Teslaâs polyphase AC motor, which grows and develops throughout the evening and finally becomes an electrically charged Tesla Coil during the infamous Colorado Lab scene âSex and Electricity.â 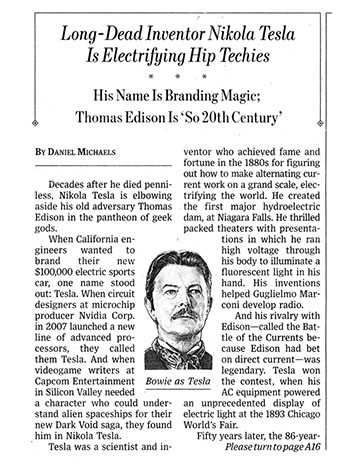 MAZ: Tell me how 'Tesla' will resonate with audiences today?

CV: Tesla's radical visions of scientific potential and capitalist reform, which led to his rise as well as his downfall, resonate even more powerfully in the 21st century. When I first started this project nobody (even scientists) heard of Tesla. Now he has gone viral.

MAZ: How does Miami/South Florida influence what you do?

CK:Â Beginning with my earliest compositions, I felt that music must be personal to be meaningful. Reviewing the Tanglewood premiere of my early work, âWake Up, Itâs Time To Go To Bed! âRichard Dyer, of The Boston Globe, summarized what I was hoping to achieve âGreat art is supposed to therapeutic for those who make it and for those who respond to it." While the inspiration for my work is still grounded in personal experience, in recent years perhaps influence by the ecology of South Florida, I have endeavored to bring my listeners and myself closer to the luminosity of lifeâs intangibles and fragile balance of nature. "Tesla," the opera, is my expression of the steep challenge to connect otherworldly music with environmental fragility. I see "Tesla" as the logical next step in my personal history of re-imagining opera via experimentation with form, character, content and current technology.

On Thursday, Sept. 28 from 10:30 a.m. to noon, The Betsy Writer's Room, The Betsy Hotel, 1440 Ocean Drive, Miami Beach, will host Stephan Moravski, SoBeArts theatrical set, production and graphic designer. Free and open to the public, but RSVP required at artsandculture@thebetsyhotel.com