Pandemic Puts a Two-Year Stall on Short-Play Festival, But Now It's Back 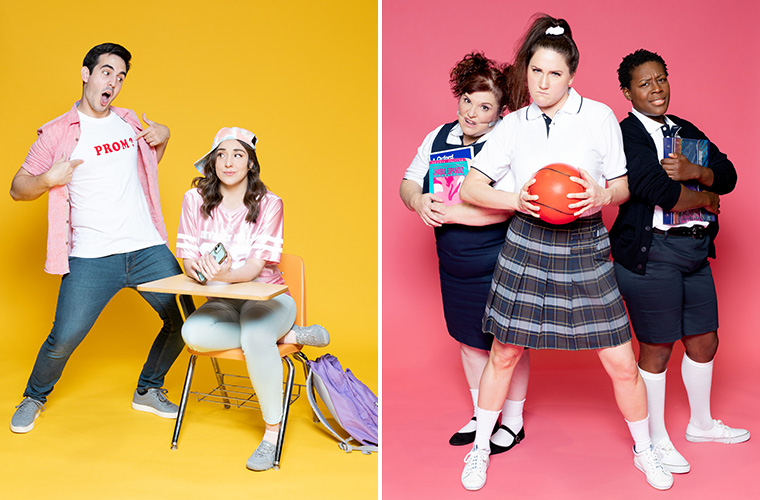 The idea was to captureÂ  what television viewers laughed to on shows such as "Saturday Night Live" or "The Carol Burnett Show."

"It was so hilarious to see Carol Burnett and other comic actors perform in those memorable comedy sketches over ten years on television. âSummer Shorts' is capturing those unpredictable hilarious moments live on stage through our ten-minute short plays," said "Summer Shorts" artistic director Margaret M. Ledford.

The 25th Silver Anniversary ofÂ  "Shorts," originally scheduled to be performed over the summer of 2020, was delayed because of the pandemic. Two years later, a cast of eight actors, four directors, a musical director and a choreographer are back to celebrate that silver anniversary.

It plays inside the Carnival Studio Theatre at the Adrienne Arsht Center opening Saturday, Jun4 through Saturday, July 2.

"It is so exciting to be back, working on our 25th Summer Shorts festival after such a long wait, to be collaborating with so many creative people, including the many behind-the-stage personnel needed to create this production," said Ledford. 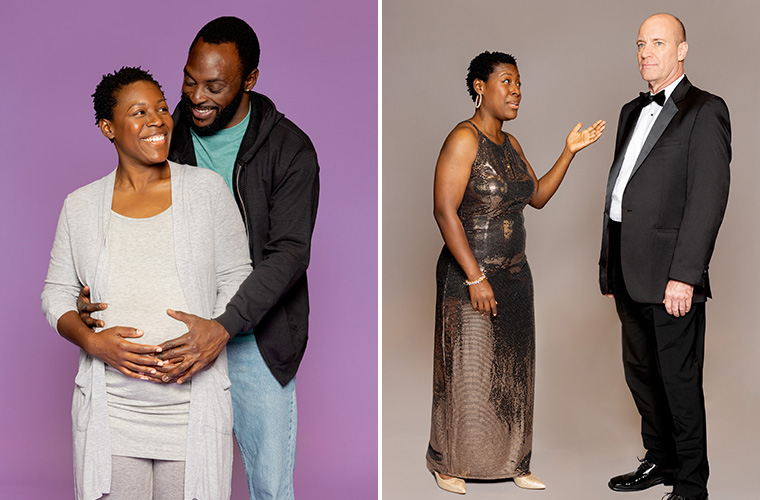 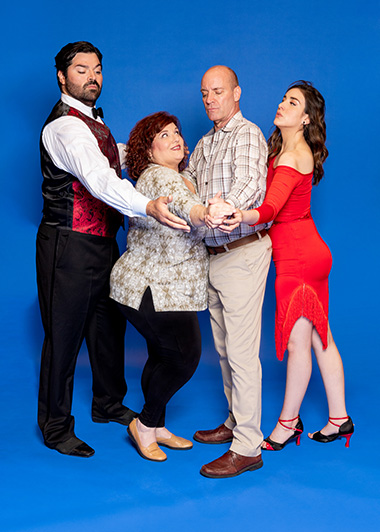 "Summer Shorts" has had a long run with success attributed to the fast pace, rapid costume changes and the multiple characters portrayed by the actors in the ten-play, two act, usually two hour production.

To maintain the fast pace of the show, Ledford has hired an eight-member backstage crew to help the actors with rapid costume changes, moving the sets and the many other details needed to keep the show moving.

Even the selection of the ten plays being performed in the 25th edition of "Summer Shorts" is a long process. "Our team selects only ten scripts from more than 1,000 submissions we get each year. We are so fortunate to select the ten best short plays each summer," said Ledford.

Most of the eight actors performing in the upcoming "Summer Shorts" have worked with Ledford in past incarnations of the short play festival. Tom Wahl performed in eleven shorts, and only two of the eight actors (Stephon Duncan and Daniel Llaca) are newcomers.

Margot Moreland, who performed in the first three "Summer Shorts," will be playing five comic characters and will sing in the two musicals "21 Chump Street" and "I Feel The Tango".

"It is exciting to meet the challenge of doing 'Summer Shorts.' I love the intensity of moving briskly, changing costumes in seconds, feeling all the love from the audience plus working with the actors on stage," said Moreland.

The ten short plays being performed in the 25th anniversary of "Summer Shorts" are:

"21 Chump Street,"Â a musical by Lin-Manuel Miranda, is directed by Ledford, with music direction by Caryl Fantel. The story centers on an honor student who will do anything for his new crush.

"A Little Bit Of Culture" by Staci Sweeden, directed by Gail S. Garrisan centers on a man sleeping in concert until the music sweeps him away.

"Chronicle Simpkins Will Cut Your Ass" by Rolin Jones, directed by Elena Maria Garcia, is a story about bullying by fourth-grader Chronicles Simpkins.

"Go Get âEm Tiger" by Steve Yockey, directed by Michael Yawney, is a story of how an encounter with a tiger complicates a day for John and Linda.

"A Small Breach Of Protocal at Big Rick's Rockin' Skydive Academy" by Daniel Hirsch, directed by Garcia, is a story about three people who must ponder their futures just before a routine skydive jump goes awry.

"Night Vision" by Dominique Morriseau, directed by James Randolph, tells the story of two people who witness a mugging on the street. When they return to their home to notify the police of the incident, they tell two different versions of the story and question what the truth really is.

"Misdial" by David Lindsay, directed by Garrisan, is about Fran answering the wrong phone number, finding herself misunderstanding the other person on the phone line.

"Webster's Bitch" by Jackie Bircher, directed by Yawney, is the story of employees of Webster's Dictionary at the center of a Twitter uprising over gender, obscenity, plus the future of the English language itself.

"Tango The Musical" with music by Joe Illick and lyrics by Susan Westfall has two people out for a dull evening when the meeting becomes decidedly more interesting.

"Winner" by Amy Berryman, directed by Randolph, is a timely story on privilege and claiming space.

The other actors in "Summer Shorts" are: Alex Alvarez, Lindsey Corey, Diana Garle and Jovon Jacobs.