A Conversation With . . . Nicole Henry 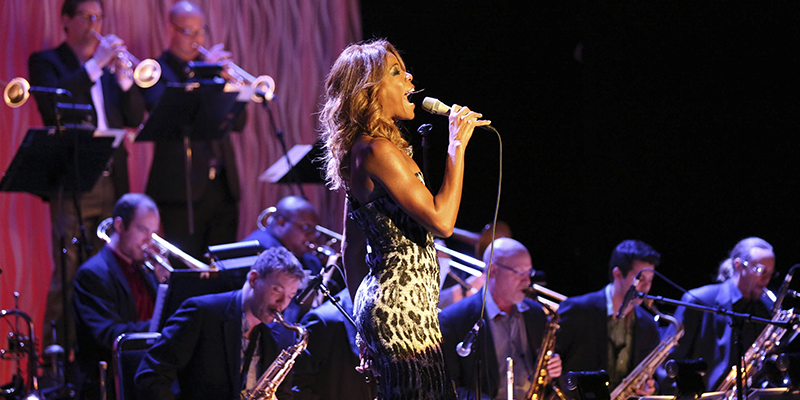 Nicole Henry is a Miami treasure. Originally from Philadelphia, Henry graduated from the University of Miami School of Communication, and, she says, she fell in love with jazz in 2002, its songwriting and the freedom singing jazz allows. Her career has been one of touring abroad, entertaining in jazz clubs throughout the country including the legendary Cotton Club and at Lincoln Center, and, most recently, on stage in Miami New Drama's "A Wonderful Life," a musical about Louis Armstrong at the Colony Theater.

Since the COVID-19 shutdown began in mid-March, Henry has embraced the "virtual world," posting her balcony concerts and participating in the Miami-Dade County Public Schools Class of 2020 virtual fundraiser for her favorite cause, the Miami Music Project, a nonprofit organization that provides free music instruction to students in the Miami-Dade public school system. 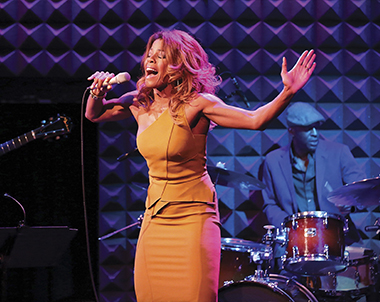 She is also featured in the weekly "Sessions," the South Miami-Dade Cultural Arts Center's (SMDCAC) virtual cabaret, where she debuted a new song Thursday, June 18, on their social media platforms. Check it out here.Â Â

miamiartzine.com: During ordinary times, you are one of the busiest artists I know, but this seems to be true during the pandemic. How did that happen?

Nicole Henry: I don't know. When the shutdown started, I thought this would be an ideal time to take one day a week just for me. I would say to myself, "Nicole, this is the perfect time to take a day to mediate, and stay silent and look within myself,'" but I've been busy.

maz: To me, one of the most amazing things you've done was the "Live at Home,"" virtual concert you did for the Miami Music Project in May. I loved the concert, and the fact that you were able to showcase some of the students, even though you were all in separate locations. How did that concert do?

maz: Â I'm interested to know how that online project come about? 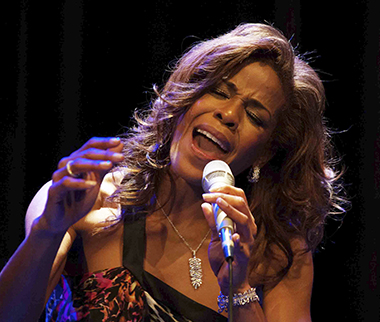 NH: I approached the organization because I knew I wanted to do a Livestream project and I figured I might as well do it to benefit an organization that I love. I thought it would be a good opportunity to let people know about this organization and what they do.

maz: Traditionally, you always perform as an audience. What was this like, performing it livestream, without anyone else in the room?

NH: Performing live, you get energy from hundreds of people. In a livestream, you don't have that, but it was really much more rewarding than I thought it would be. It's also a different skill set, because you also need to be the DJ that plays the tracks, and watch the messages (from viewers) coming in. You can't compare it to a live audience, but it's satisfying in its own way and I'd encourage any artist who hasn't done it to dive in. 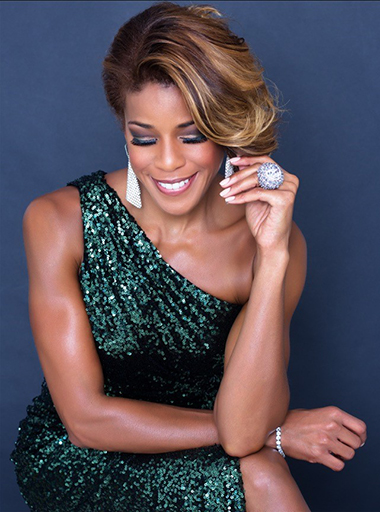 maz:Â The last live performance you gave was at the Colony Theatre, in a dramatic role in new show, "A Wonderful World,"" which had to close the first night because of the pandemic.

NH: I'm relieved that Michel (Hausmann, the Colony's executive director), and the theater has expressed their commitment to the production, and they plan on keeping the stage the way it was until the theater opens back up. From time to time, I dip into the script, and I am excited to see what my experience of living through this time has brought to my character. But that's one of the things about me âI always try to stay optimistic and make lemonade from lemons.

maz: How did you come to be featured in Sessions, on the South Miami-Dade Cultural Arts Center's website?

NH: Sessions is a new virtual cabaret program the center started to feature artists who would have been performing there. I was supposed to perform my Whitney Houston show there in August but it's postponed until next year.

maz: And the song?

NH: It's an original song that I co-wrote with Tom Stoppard and Doug Emery. It's called "A Little Time Alone,"" and we actually wrote it 10 years ago. Little did we know then that we would be having a lot of time alone.

Nicole Henry will be the featured performer on the South Miami-Dade Cultural Art Center's website until Thursday, June 25 at 6:59 p.m.