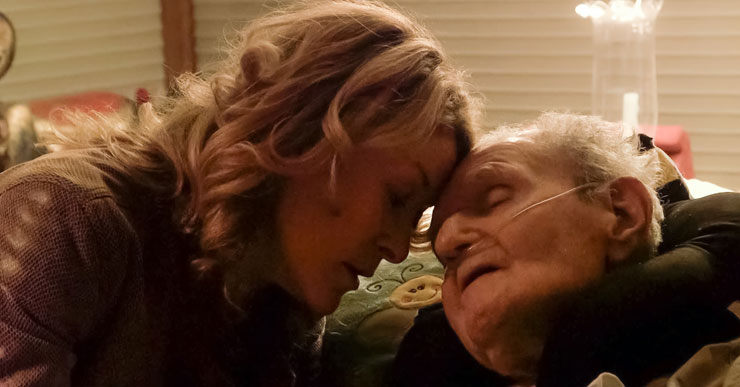 Ondi Timoner and her 92-year-old father, Eli, during his final days in a scene from the documentary âLast Flight Home.â (Photo courtesy of MTV Documentary Films)

Eli Timoner was known to Miamians for his no-frills airline Air Florida, which he founded in 1972. It was an intra-state carrier that offered low rates and began a Miami-to-London route that beat out the big-name airlines when it charged as little as $175 for a transatlantic trip.

Documentary filmmaker and Ransom Everglades graduate Andrea Doane âOndiâ Timoner, the middle child of three, was daddyâs girl, right up until the very end. She didnât set out to document the last days of her fatherâs life in whatâs become her latest film âLast Flight Home.â But the labor of love and what was meant to be a private memorial video for the family turned into a full-length feature documentary. âIt just poured out of me,â Ondi, 49, says. 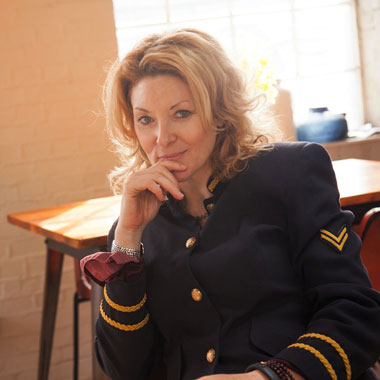 Ondi Timoner grew up in Miami, went to Yale University and became a filmmaker. Her latest documentary chronicles his father's wish to end his own life. (Photo courtesy of MTV Documentary Films).

miamiartzine.com spoke to the filmmaker about growing up in Miami and about coming back to introduce her movie at Coral Gables Art Cinema in a question and answer she's hosting with her mother, Lisa, on Friday evening.

miamiartzine.com: In January of 2021, your father announced he wanted to die on March 3, that he didn't want to live anymore. You've been a lauded documentary filmmaker for three decades. Did you know you were going to make a documentary about this very personal story?

Ondi Timoner: Part of my motivation, more appropriately my drive and urge was to film this time in dad's life so not to forget him. I felt an intense fear, as if I was losing a part of myself, so documenting was a way for me to move through the experience as consciously as possible. I thought it could be something I could give to my family forever.

maz: So it was more of a private, personal video your were creating.

OT: I never dreamed of making a documentary, even while I was filming it. A couple of weeks after Dadâs death, my sister, Rabbi Rachel Timoner, asked me to make a memorial video for the Zoom service she would officiate. As I sat down to edit the mountains of footage, I realized that my father was captured in all his radiance and brilliance, inside the AVID! There he was and he was no longer suffering. And I wasn't worrying about quarterbacking his care, I was able to just look through the objective eyes of the camera and see all of the people coming in there and what they bring in terms of what they were grappling with facing a man that's going to die. 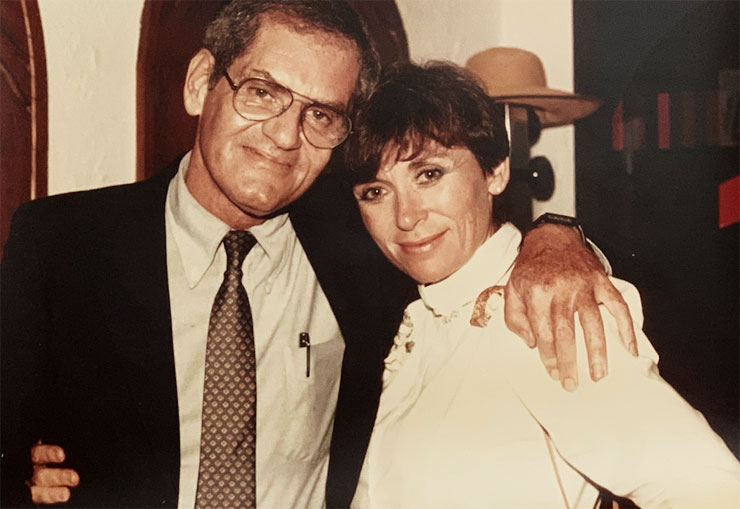 Eli and Lisa Doane Timoner when they lived in Miami. (Photo courtesy of MTV Documentary Films).

maz: How did the family feel about you creating a documentary when they thought the filming was just going to be for the family.

OT: My sister wasn't too happy about a film screening instead of a memorial service, but she was fine with it once it played. She saw how people got a lot out of it and we saw how it impacted people at the service.

maz: The film actually leads up to the day of your father's planned death, which you were able to facilitate through the California End of Life Option Act. 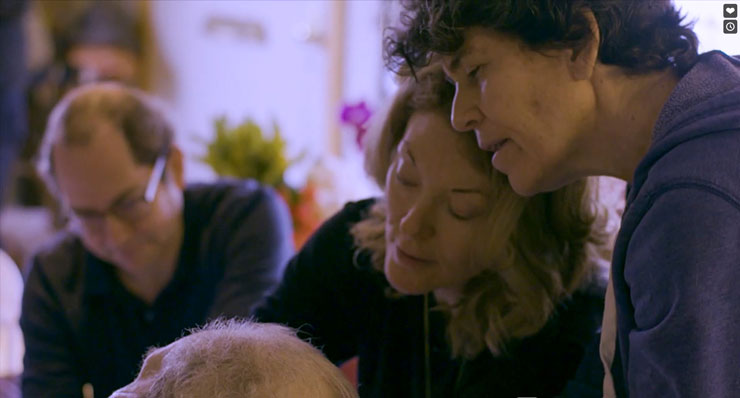 The siblings David, Ondi and Rachel with their father, Eli, in the film âLast Flight Home.â (Photo courtesy of MTV Documentary Films)

OT: People were less scared of death from having seen the film and they also understood medical aid and dying differently, which is a really important issue. We didn't even know it existed in California. It's a basic human right really seeing my dad going through it, having agency over his own body. It was so important to him after 40 years of being paralyzed having no say in what happened to him to now be able to make that call. And he said to me, "would you rather get the call in the middle of the night that I died or would you rather know when it happened?' Though it was terrifying, it was a gift to know. Our democracy was founded to protect our rights to life, liberty and the pursuit of happiness, and that must include autonomy and authority of our own bodies. Yet laws that allow for medical aid in dying, such as Californiaâs End of Life Option Act, are in place in only ten states and Washington D.C.

maz: Tell me about your what happened that paralyzed your father? 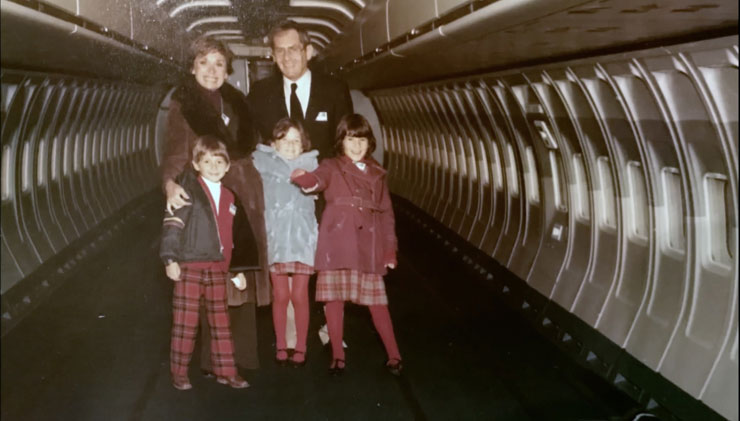 The Timoner family at Boeing headquarters in Seattle on Oct. 30, 1979. (Photo courtesy of MTV Documentary Films).

OT: I can't remember my father physically able. I was like nine years old when, after leading an Air Florida meeting of 1,000 employees then running his usual six miles, he went in to the Doral Hotel spa for his weekly massage. The masseur who had worked with him for years would crack his neck as a usual part of the procedure. My mom was watching television two days before and on âHour Magazineâ she saw a segment about not having your neck manipulated because it could cause stroke. It was like a warning from above. Ten minutes after the massage, he collapsed in the locker room shower of the spa. He had suffered a stroke caused by the neck manipulation. My mom was in the other side, in the women's side of the locker room, and she was told that they thought my dad had a stroke. She said, 'that's impossible, he's in perfect shape!' That was the beginning of a massive change in our lives.

maz:Â Your father was running a big company then, right?

OT: Yes, he had democratized the skies with Air Florida and he made flying fun and made it possible for so many. He founded it in 1972 and it was the state's first intra-state airline. It was known for low fares and friendly service and my dad was an egoless boss whose door was always open. He made the airline grow from one prop jet to flying to 17 countries and having 3,000 employees almost overnight. 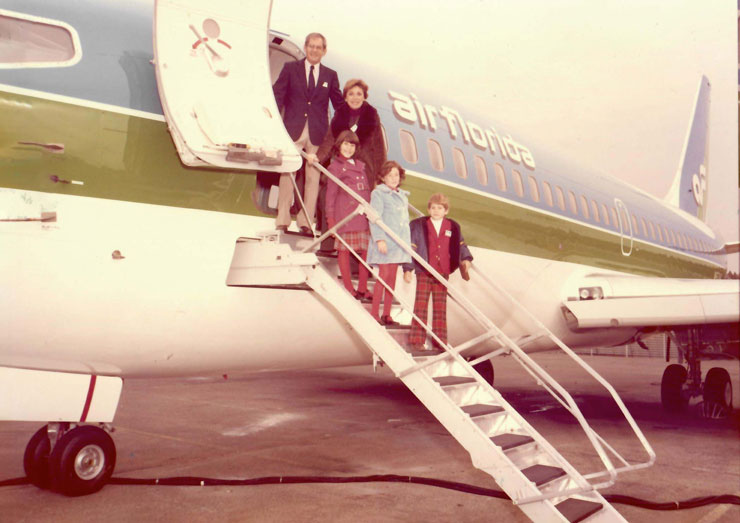 maz: Did he stop working after he became paralyzed?

OT: No, he was pushed out. He was replaced by a man named Donald Lloyd-Jones. He was the guy who pushed Dad out. He had only been there a month and after my fatherâs stroke he saw an opportunity to steal the airline. He apparently drank a bottle of vodka a day and did crossword puzzles while the airline went into the ground.

maz: You want to continue telling the story of your father's life, right?

OT: I've been working on a script about my dad for years. It was always my intention to tell my father's story. I never planned on making a documentary about him even thought I'm a documentary filmmaker.

maz:Â Did he know you wanted to make a movie about him?

OT: I read him the script on his bedside in those two weeks before he died. My goal, though, right now is to share this film right now because it impacts people so deeply and it is helping people. It's been very touching for our family to share dad's story and see how it helps people reunited with their families.