BrÃ©vo for Broadway Is Dream Realized 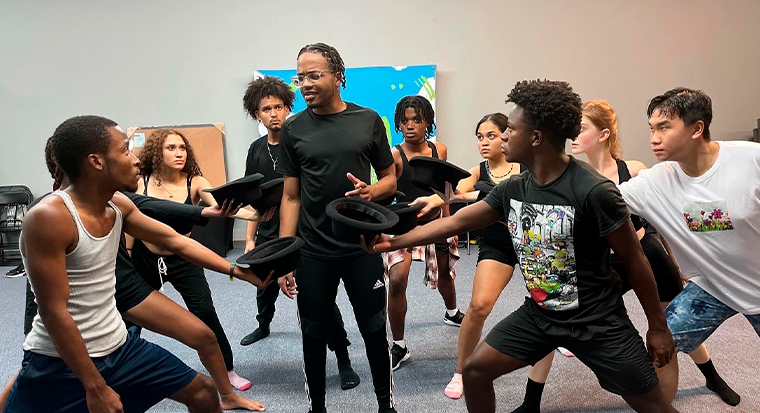 Omari White with the Ensemble in "BrÃ©vo for Broadway."

While other 12-year-old boys were dreaming about superheroes or playing video games, 12-year-old Zaylin Yates was dreaming of owning his own dinner theater.

Sixteen years later that dream has been realized, as co-creator and CEO of the non-profit BrÃ©vo Theatre along with his business partner, Terrence Pride. The name comes from âThe Proud Family,â a Disney cartoon Yates watched as a kid.

While not yet offering a full dinner menu, the productions offered white cheddar and black truffle popcorn as well as white chocolate and chocolate covered pretzels â itâs a start.

Yates, now 28, was born and raised in California and graduated Florida A&M University in Tallahassee, FL, with both an MBA and a BA in Theatre Performance. He landed in Miami to work in the legal department at Publix, but theater has always been his first love.

âIâve loved theater since kindergarten when I played a butterfly in âBeauty & the Beast,â he recalls.

In middle school, he fell in love with the concept of âdinner and a show,â without knowing it was called âdinner theater,â after visiting Medieval Times, but Yates knew he wanted to be a part of it.

Going to theater in Miami, he often found he was the youngest and possibly, the only black attendee.

âThat told me that some theatre companies are set in their ways and cater to a set demographic,â says Yates, whose day job is as an engagement manager at the Adrienne Arsht Center for the Performing Arts. âI realized we needed to speak to a younger generation with programming geared to them.â 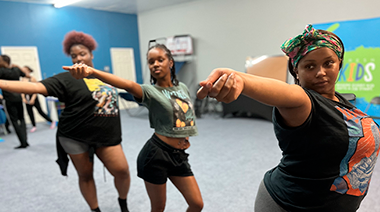 Founded with a mission to enrich the community, BrÃ©vo Theatre shares thought provoking narratives and creates a nurturing environment through the arts.

âWe want to enrich our community and younger kids at the same time, ensuring theater lives and survives the next generation,â he says.

âYou canât start moving until you know why,â says Yates. âWe strive to present genuine and truthful characters and hope to use theatre as a form of change and stimulate conversation.â

Born of necessity during the pandemic (âit was a whirlwindâ), Yates and Pride set out to cultivate an artistically conscious community through innovative and accessible performances that celebrate humanity and the power of storytelling.

âCreating a theatre company during the pandemic was essential,â explains Pride. âIt was a means of releasing everything that we were feeling during curfews and isolation.â

âWe were dwelling in chaos, with the news and social media reports of racial violence and police brutality,â he says. âTheatre was the only way to express how we were feeling.â

Seeing a niche, the two set out to create a theatre company focusing on teaching and enriching patrons and actors alike. During the year, they work to build relationships with young professional artists by holding Master classes in schools and offering private lessons. 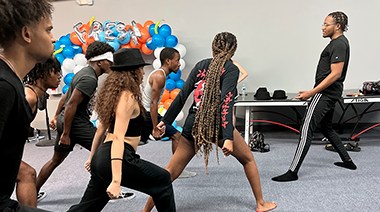 Omari White rehearse the Ensemble for "BrÃ©vo for Broadway."

âThis is how we build that culture and community capital that makes productions like âBrÃ©vo for Broadwayâ possible,â says Pride.

That project went on to be a part of the International Social Distancing Festival between artists in the U.S. and Canada.

According to Pride, the company has future plans to expand into a summer performing arts camp for young professionals and to launch a new playwright series in the coming year.

âAs a new theatre company, we would love as much support as possible,â says Yates. âWeâre trying to do something special and impactful and know we canât do that alone â we need the support of our community.â

If you go:
BrÃ©vo for Broadway will be held on Saturday, July 23, at 2 p.m. and 7 p.m. at the Proscenium Theatre at the Little Haiti Cultural Center located at 212 NE 59th Terrace, Miami, Florida 33137. General admission tickets are $25 for adults and $15 for children (15+) and seniors. Tickets can be purchased at BrevoTheatre.org.