A timely film dealing with immigration and filmed almost entirely in Broward County was supposed to get its cinema debut this weekend, but instead "The Infiltrators" will skip its theatrical release and go straight to video on demand. However, the film will be showing only on movie theater platforms including Coral Gables Art Cinema, O'Cinema and Fort Lauderdale's Savor Cinema, who will host it on their virtual sites.

Depending on which site you choose, some of the admission money will go to that local independent theater. 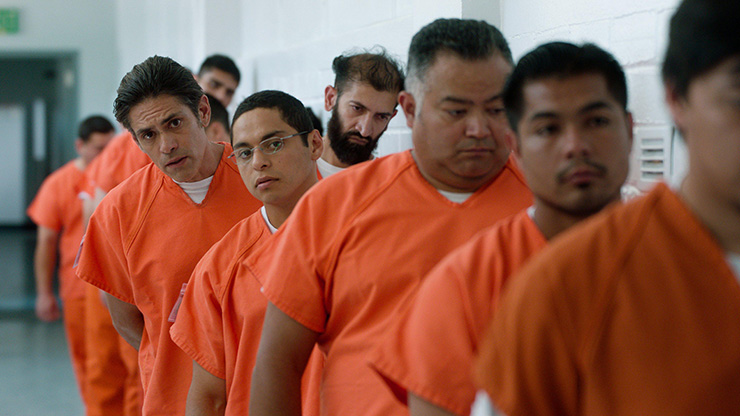 "The Infiltrators," acquired by Oscilloscope Laboratories won Sundance Film Festival's Audience Award: NEXT winner, is about immigrants taken to the Broward County Transitional Center by U.S. Immigration and Customs Enforcement (ICE), where they are held until they are deported was filmed in Broward County.

Based on a true story, the movie centers on Claudio Rojas who is captured by ICE when they arrive at his home while he's taking out his garbage and speed away with him in a white van. A group of young activists hatch a plan to infiltrate the facility with one getting purposely detained to get inside the for-profit detention center.

The film received national attention when the real Rojas was to be in attendance for the Miami Film Festival in March 2019 (the film played the festival, but Rojas wasn't there). During his annual visa check-in and with his visa application already in progress, he was detained. Rojas acted as the inside source about conditions inside the center in Florida. Marco Saavedra, one of the young infiltrators, is in a continuous fight for asylum in an effort to not be sent to Mexico. He works at his family's restaurant in the Bronx, La Morada.

Rojas was eventually deported to Argentina. Many believe it was in retaliation for his support of helping the two infiltrators and the attention the movie received when it played at festivals. Rojas, played by Manuel Uriza, is the central character whose son contacts the National Immigrant Youth Alliance (NIYA) in an effort to get his father taken out of the center. When infiltrator Saavedra arrives, Rojas becomes an equal partner in trying to get others out of the center. 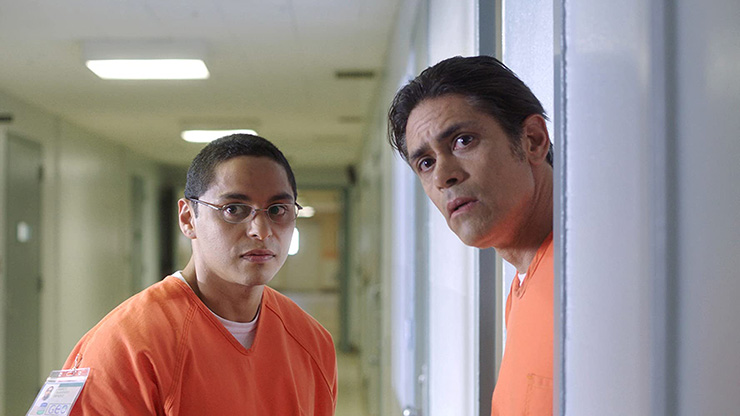 The film is categorized as a docu-thriller. "The Infiltrators" plays like a feature film, although there is documentary footage that is a reminder that, although this is a drama, the story is real.

Maynor Alvarado plays Saavedra and Chelsea Rendon is Martinez. Despite its all-too-real focus, "The Infiltrators" is a great piece of filmmaking. It is interesting to note that the movie's action takes place during the Obama presidency and before the immigration policies of the current administration were in play.

Opening in virtual cinemas locally on Friday, May 1 at O Cinema, (www.o-cinema.org) Coral Gables Art Cinema (www.gablescinema.com) and Savor Cinema (www.fliff.com). The theater that you select to screen the film receives a portion of the proceeds of the ticket. Price varies from theater as does amount of time of rental.

In addition to virtual openings, Savor Cinema is offering free Press To Play movies for members and Coral Gables Art Cinema has its Gables Cinema Drive-In, free movies from the vault playing every day and is offering 25 percent off its membership price.