Can't Take Your Eyes Off 'Children' at GableStage

You're puttering about in the kitchen, slicing tomatoes, washing lettuce. You haven't seen Rose in thirty years yet here she is. Just dropped in from out of the cobwebs, still got that little smirk. She used to loaf in the linen with your hubby Robin and she's kind of pleased you know. You're speaking quickly, rushing out the mundane. You offer a meal, sliced white bread and a tight little salad. You're keeping it simple these days. Candle light and scarce bottled water in your delightful little coastal cottage perched high on the English headlands. Everything is just fine, Robin is up at the farm with the cows, he goes every day. Loves it. 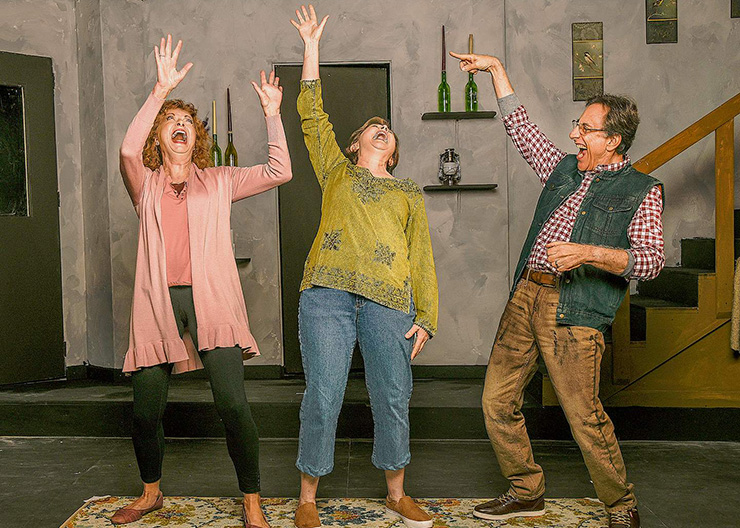 And this is how we meet Laura Turnbull as Hazel, Angie Radosh as Rose and David Kwiat as Robin, three nuclear physicists in their sixties. Hazel and Robin are living just outside the exclusion zone surrounding the nuclear power plant that once was, and is now radiation riddled debris scattered over the nearest towns and beaches. 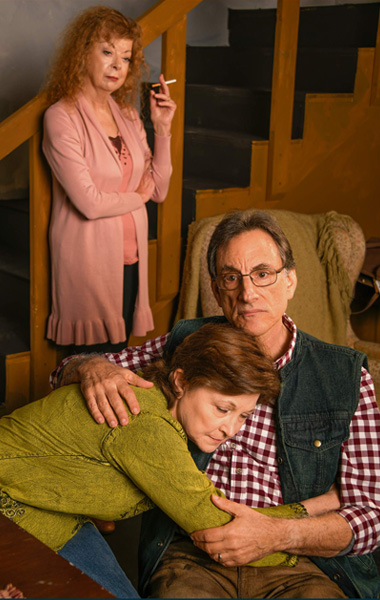 ABCing it, David Kwiat's Robin is playful, lecherous, kind (the cows are really dead), a happy drinker of his parsnip wine and with a strong sense of what is wrong but seldom pays obeisance, especially with Rose when Hazel is upstairs being wifely.

Laura Turnbull's Hazel, dutiful mother of four, one of whom is still a willful child despite approaching forty, is the rock. It needs doing, it's done. Radiation can be measured. One can only deposit No. 1 in the indoor loo. Outside for No. 2. It's the world we live in. And she doesn't really like Rose.

Angie Radosh's Rose is the cynically sophisticated never married, no children, still smoking (open the door, please) thirty year traveler. Lovers? She's had a few. And problems? Too many to tell. But with a moral imperative tough enough to sear the ivy off the cute little English cottage, not to mention the effect on Robin and Hazel.

Wedded bliss? You must be joking.

All, thankfully, is not total woe is me. There's music and dancing and it's fun. And good humor and sly jokes. Lucy Kirkwood's script is unusual, engrossing, and Micheal Leeds and David Kwiat, Laura Turnbull and Angie Radosh have taken advantage of every bit of her considerable talent. 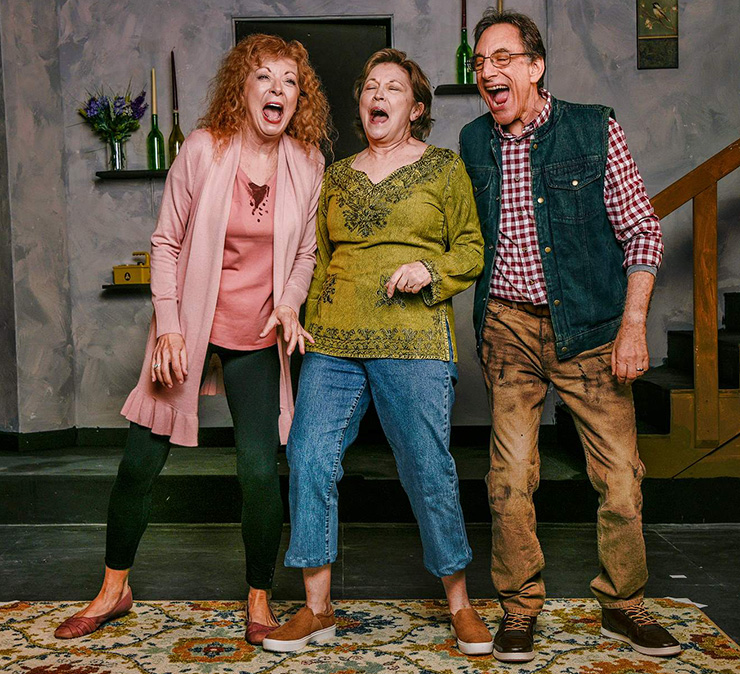 Lyle Baskin designed the cozy English nest with lighting by Tony Galaska. Sound/music by Matt Corey, costumes by Emil White and props by Beth Fath. As is usual at GableStage, all of the best.