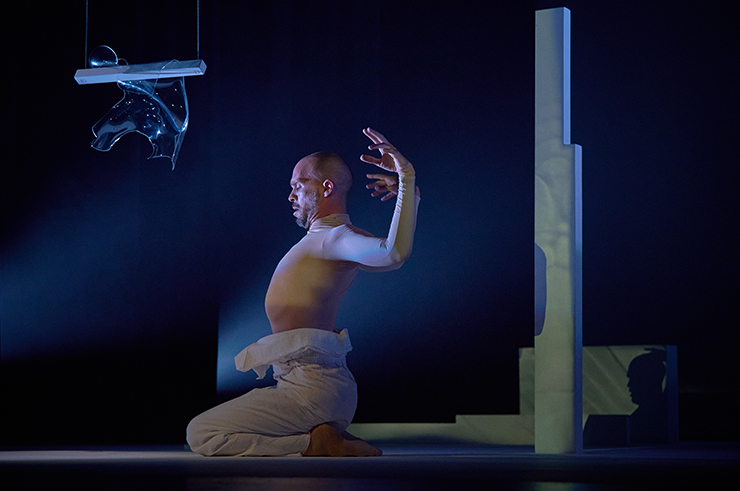 Liony Garcia is a dancer, choreographer, an avid researcher and a creator of "expressions of the body" through a language of movement.

On Thursday, April 7, Friday, April 8, and Saturday, April 9, Garcia will present the manifestation of his exploration into the history, the natural elements, and the beauty of Miami Beachâs Art Deco architecture in âCorporal Decorumâ at the Miami Theater Center. Garcia says "Corporal Decorum" is "the expression of imagery translated through the body."

Now in its third phase, Garciaâs "Corporal Decorum" has been supported by Miami Light Project (MLP) from the beginning and through each iteration of the project.

Garcia, who likes to "build slowly," began the journey in 2019 with a simple solo. He explored the historic district (the Miami Beach Art Deco Historic District) and gathered initial information from the decorative elements.

"There was so much information," he says. "It is picturesque, thereâs abstraction of nature, thereâs the machine age. All these depictions. I pulled images that were interesting to me and started to generate a language."

This means a physical language, a language of the body. In creating various language phrases, Garcia created a solo that was performed at the Light Box as part of Here & Now, a MLP program to support new choreography.

"In the second iteration, I wanted to organize the phrases in a certain way and put them to music. I created a trio that was shown at the Florida International University Wolfsonian Museum. It was really exploring movement language and putting it to music," he says.

For the upcoming performance iteration, Garcia is combining all his movement ideas, phrases, and thoughts and blending them with projections, visual arts, sculpture and dance, to "create an environment for the work to live in." There are many moving parts.

"It involves deconstruction of the facades of Deco buildings, a complete abstraction, that have been turned into really simple set pieces that are manipulated throughout the performance." 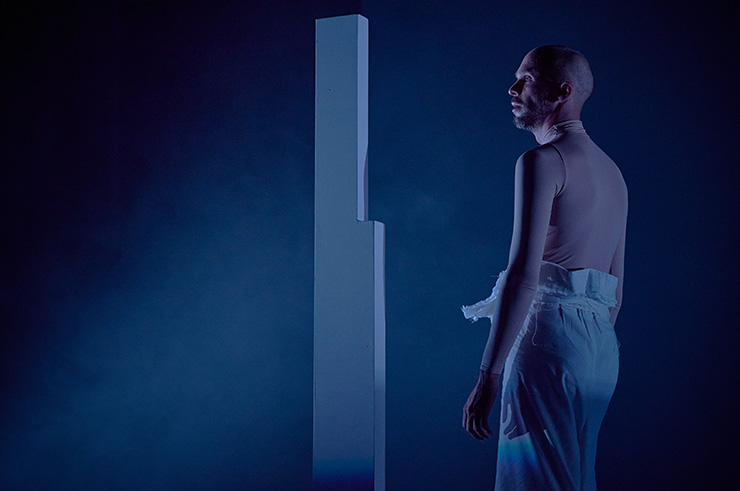 There is embellishment using projections of ornamentation that Garcia has documented, from the area specifically, using drones.

He is working with visual artist True Harrigan to express "the loss of this moment, time, as we study the rising of the waters."

âHer work is special. Essentially she makes plexiglass sculptures that are molded onto the body. When projected through, refract light giving an underwater effect." Garcia explodes his hands into the air, much as the light will explode on the body.

The plexiglass costume/sculptures represent the naturalistic elements in the piece, Miami Beach, the sun, pastels and the water.

"Iâm going through this whole fantasy of everything being temporary," he says. "So a lot of the projection elements are submerged in water."

In his research, Garcia has found that Deco depicts flowers and birds - a paradise. It became prominent in a moment where, as Garcia says "modernism was right on the cusp." Deco borrowed from what was new and from the past, from antiquity. 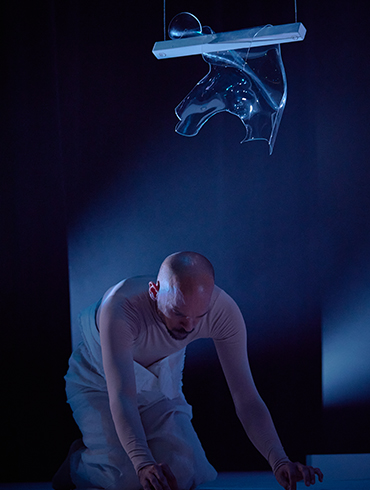 "For me, so much of this work is about duality. Two direct oppositions. Deco is man built, a human-built environment, and the other is natural. Already there is a contrast. It is more masculine, well, thatâs just a label. And the more ephemeral, feminine, is more naturalistic. Theyâre quite different and those two elements are in contrast throughout the whole piece."

Garciaâs investigation has taken him to discover and to journey through much information. He has discovered that the melding of the new and the old, the masculine and feminine, is what has piqued his interest.

"Thatâs kind of where the investigation has been. Weâre working with a lot of very modern, very simplistic minimal elements, and then, with the language that Iâve created for movement, Iâm going into antiquity, I guess what Deco designers took from. There is just so much information."

It is most curious to see the process of how the research manifests itself into a physical language. While audiences will see a culminating performance, there is much study that has laid the foundation. Garciaâs investigation is ongoing. The period of Ballets Russes, Egyptian, Greek, the Orient, animals, figures and depictions of nature all have come into play to create Garciaâs movement language. Fantasy, reality, and hieroglyphics have also been part of the research.

"With all of that, the set itself is minimal. The decoration of the piece itself is within the body," he says. "The expression of the body is what decorates this whole setting."

With all of the investigation, the piece has become very personal to Garcia, who feels that he needs to "live through it, to be part of the journey" and he will be one of the two dancers. The piece is seven sections and is adaptable for many spaces. Garcia sees the "Corporal Decorum" continuing to evolve.

"I feel like Iâm just getting to the essence of the piece and there is another section Iâm already thinking about," Garcia says with his hands twisting and turning hungrily. "The piece just keeps expanding out, expanding out."

"I love this area. What lives for me, the scenic elements have a lot to do with preservation. Documenting and preserving. Itâs very personal."