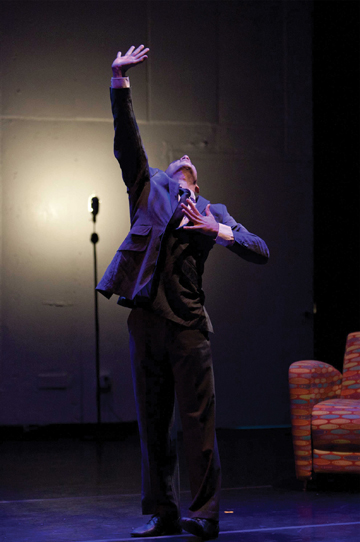 Joffrey Ballet choreographer and dancer, Hollywood, Fla., native Edward "Eddie" Stierle chose the name of his dance piece, Lacrymosa, set to the music of one of the movements from Mozart Requiem (K. 626), for a very specific reason. In the piece, Mozart reveals some of the deepest feelings of human beings and one of mankind's biggest fears, death.

Hannah Baumgarten, co-founder of Dance NOW! Miami, says although Stierle does address his own mortality, she says it's also about the people who are left behind by the ones who die.

Dance NOW! will present Lacrymosa on Thursday, May 19 through Saturday, May 21, in The Gleason Room, Backstage at the Fillmore, Miami Beach.

Stierle, who became a leading dancer with Joffrey Ballet and created Lacrymosa at the urging of Robert Joffrey for the company, died in 1991 a week after his 23rd birthday from complications due to AIDS. The full-length Lacrymosa came out of a solo work that Stierle presented for the International Ballet Competition in Jackson, Miss., where he won a gold medal.

Baumgarten tells a story of when Stierle was creating the ballet for the Joffrey 2 company. "And they wanted the ballet to end at the solo one of those, 'it should be the end because that's where you die.' " 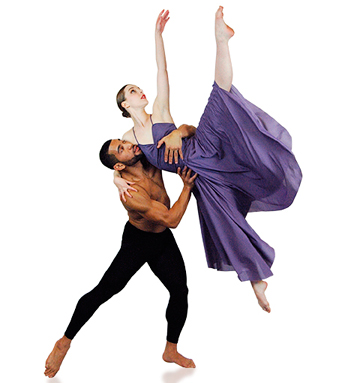 But, Baumgarten says, Stierle refused. "It was apparently quite a ballet that he was firm about that the piece wasn't about his death, but about how you leave people when you die and that they must go on. They must go and live life and celebrate."

She says the last dance number is "full and rich and celebratory, because that was his final message that this piece is about about mouring. It's a piece about facing reality."

The solo was so remarkable that Joffrey himself, a judge at the competition, offered Stierle a contract with the Joffrey Ballet. At 18, Stierle became the youngest dancer to join the Joffrey Ballet and was commissioned him to develop his solo into an ensemble piece. Lacrymosa later became part of the Joffrey repertory.

"The ballet," says Baumgarten, "shows a marking of time, the women in his life, and his personal struggle to say goodbye to them. And then there's the joy of life going on, while keeping in mind that death separates us from those that we love."

Diego Salterini, DNM's co-founder and artistic director, will return to the stage after a five-year hiatus to play the role of Death in Lacrymosa.

"The role for Diego is theatrical and dramatic. He is able to bring his level of maturity as a performer, which also makes the ballet that much stronger," she says.

The Thursday, May 19, performance of Lacrymosa will be a closed evening free to LGBTQ youth. Teen artists will present poetry and spoken word with the focus on gender identity as LGBTQ youth growing up in Miami. The presentation is part of Project LEAP (Leaders of Equality through Arts and Performance), a queer youth arts initiative by the Pioneer Winter Collective, which was choreographed by Pioneer Winter and Octavios Campos.

"It is so important that this work brings to light the fragility of the human condition and casts particular attention on the growing epidemic in South Florida," says Baumgarten. She wants the production to drive home the statistics. According to federal and state data, she says, Miami-Dade and Broward Counties are No. 1 and two in new cases of H.I.V. in the United States. Lacrymosa will be performed again next May at the Colony Theater just before the WorldOut Games 2017, a sporting and cultural event for the gay community, which Miami is hosting.