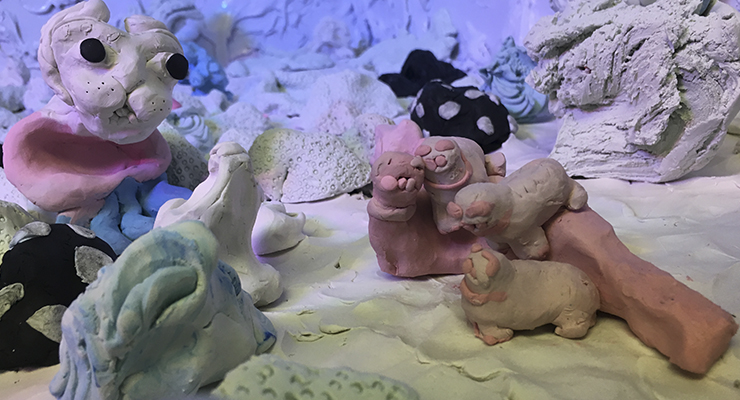 Walk to the back of Locust Projects in the Miami Design District and through the main exhibition space where GeoVanna Gonzalez's "HOW TO: Oh, look at me" and there is more art to see inside two small screening rooms.

Enter the world of a continuous loop of works that are part of the thought-provoking video exhibition "Disembodied." Guest curated by Dennis Scholl, the founding board chair of Locust Projects form 2001-2006, the idea was in the works before COVID-19. But, with its theme of a sense of absence in the body and the disconnection people are feeling through the pandemic, it may hold even deeper meaning for visitors.

Scholl, an art collector and filmmaker, had amassed much video art in his collection.Â

Â "I gave most of them to the Perez Art Museum Miami. We gave almost 50 videos," Scholl says. In 2013, Dennis and wife, Debra, longtime collectors and supporters of the arts in Miami donated nearly 300 works of art to PAMM's permanent collection. 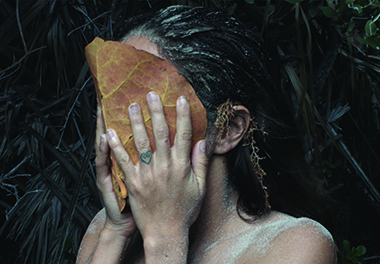 Nicole Salcedo's "Eukaryotic" is featured in "Disembodied" at Locust Projects. (Photo courtesy of the artist)

About the show at Locust Projects, which opens Saturday, March 6, Scholl says he has learned from many of the artists featured in "Disembodied" in his last decade as a filmmaker. "It's been a very interesting experience because I have found myself in the position of looking to younger people, much younger people than me in most cases, to be mentors either through their guidance or through their work."

He says that many of the filmmakers in the exhibition have been mentors to him.

"I would say that the videos that are in the show are those that have been important to me in some way," he says. All of the films were made by women in keeping in step with the year of a focus on women artists at Locust Projects.

Scholl says he has a personal connection to many of the films and their creators. "I commissioned Jillian Mayer to make a film for me about 10 years ago," he says. The film he selected for inclusion in "Disembodied" is Mayer's 3 minute short "H.I.L.M.D.A (How I Lost My Damn Arms") an imaginary interpretation of how the ancient Greek statue of the Louvre Museum, Venus de Milo, lost its arms. 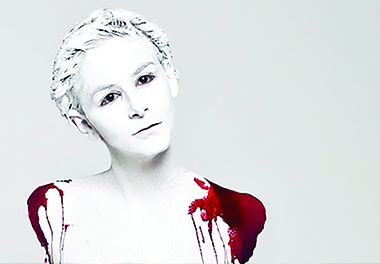 "It's a great film," says Scholl, "and it hasn't been seen very much because it was in my collection. It's just incredible."

The artist describes her film as a critique on beauty. "Venus de Milo knowingly rips her arms from her torso as a notion of self-sacrifice in order to seek beauty and worldly admiration. By making the gesture of arm removal a choice for Venus, the ideal form of Western beauty becomes empowered.â

Scholl also makes mention of Julie Fliegenspanâs first film, "PLUR," a one-minute, 30-second short that uses stop-motion animation to interpret a series of actual voicemails she received while in high school. The film premiered at Sundance in 2018.

"Julie got this nasty voicemail from a girl after she had been to a Miami rave and ended up making out with the girls' boyfriend," Scholl says. 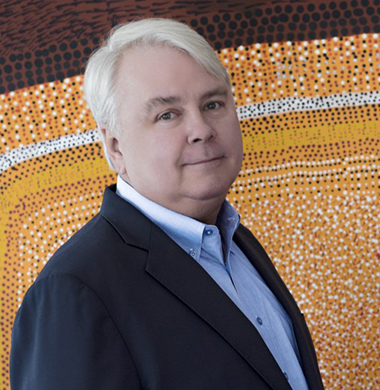 Dennis Scholl is the curator of the video exhibition "Disembodied" opening at Locust Projects. (Photo by Matthu Placek)

Every detail shown in "PLUR," including the sets, text credits and the artistâs humorous narrative insights, was created entirely by hand over hundreds of hours, resulting in the final video about the now 9-year-old incident.

"I wanted to pair this medium of claymation generally a little bit more childish and pair it with raunchy subject matter. Make it a surprise when you watch it,"Â Fliegenspan says.

The longest film in the exhibition that features seven works runs 5 minutes long. "It is by one of my favorite animators," Scholl says. He selected Alexa Lim Haas, a Filipinx-American artist from New York City who splits her time in Miami and New York, and her film "Glove."

"It's this simple animated journey of this glove that was made in this town in Massachusetts for the astronauts." The glove has been floating in space since 1965 and the narrator's reflection on the lost glove elicits existential contemplation.

The worked originally premiered at the Sundance Film Festival 2016 and received a Grand Jury Prize at SXSW.

"Shinkansen" is another of the works that Scholl says fascinates him on many levels. An avid collector of Aboriginal Australian art, he met Siena Stubbs, one of the youngest winners in the 37-year-history of the National Aboriginal and Torres Strait Islander Art Awards. "She's only 18 years old and she made this really beautiful two and a half minute film about the passing of her grandmother."

"Locust is about an idea and that idea is that if you're an artist and you get a chance to do a project at Locust, don't do what you usually do. Do something brave and different. Don't do something that you could do in a gallery or in a museum. And, as a visitor, it's the same thing. Don't come in expected to see a work of art you could see at the Perez Art Museum Miami in MOMA in New York City." 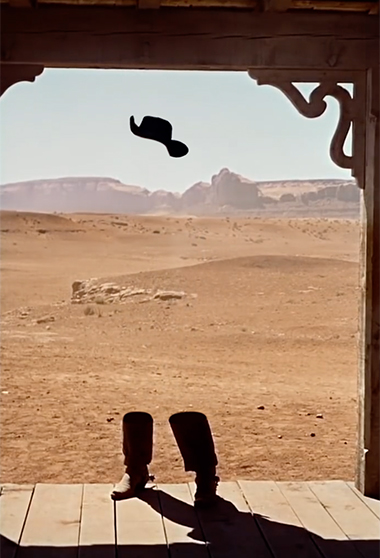 Cara Despain's short "Monument" is part of "Disembodied" at Locust Projects. (Photo courtesy of the artist)

The other films in the exhibition are:

A lover communes with their beloved, creating an offering to honor their ever-present and ever-fluctuating bond in Nicole Salcedoâs 3-minute film "Eukaryotic," which explores the senses and shows nature as a part of oneâs body.Â

The 1/2 minute "Monument " by Cara Despain appropriates the iconic last scene from John Ford's The Searchers (1956) starring John Wayne, shot in Monument Valley (DinÃ©tah/Navajo Nation), erasing the filmâs dominant narrative and character that obscure the story of the real-life setting.Â

And, presented in the second screening room is a haunting and elegiac work titled "Easy to Remember," which runs about 2 minutes and 30 seconds. Lorna Simpson reanimates the jazz ballad of the same name where fifteen individual singers hum the tune, in unison, as each singer appears as a disembodied mouth.Â

"Disembodied" and GeoVanna Gonzalez's "HOW TO: Oh, look at me"Â opens to the public by appointment and walk-ins (capacity permitting) on Saturday, March 6 from 11 a.m. to 5 p.m. and is free.