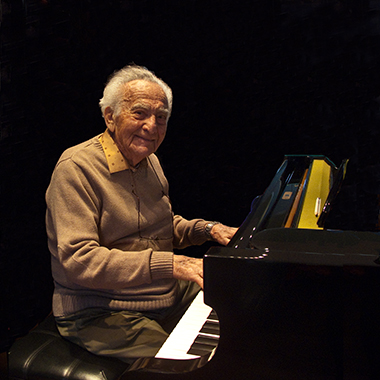 The late Holocaust survivor/composer Leo Spellman's story is told in the documentary "The Rhapsody," making its U.S. premiere at the Miami Jewish Film Festival. (Photos courtesy of "The Rhapsody")

"The Rhapsody" documents both harrowing and uplifting experiences of a Holocaust survivor/composer.

The film chronicles the life of the late composer Leo Spellman (born Leon Szpilman), a Polish-Canadian Holocaust survivor who took a journey toward artistic liberation at the age of 98.

Spellman, who died at the age of 99 in 2012, first revealed his secret wartime diary late in his life, and excerpts read by actor Stephen Fry are heard in the film. In addition to his tale of survival during the war, the film also shows Spellman bringing his family back to the Polish town of Ostrowiec where he spent 18 months hiding from the Nazis.

Animation, interviews with family and colleagues and live concerts by orchestras in North America and Europe are also featured in the film.

There's also the revelation of a composition Spellman originally composed in a displaced persons camp but was lost for more than 50 years.

A special live performance of music composed by Spellman precedes the upcoming U.S. premiere. Director David Hoffert, along with producers Brenda and Paul Hoffert, will introduce the film and participate in a question and answer session following the screening.

In an interview, both David and Paul Hoffert explained what they hope audiences can take away from the film. 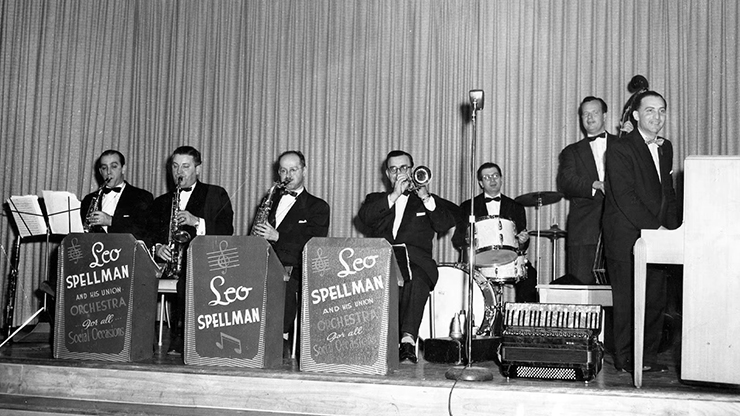 Leo Spellman (on piano) and his Union Orchestra, circa 1950s. Spellman's story is told in the documentary "The Rhapsody," making its U.S. premiere at the Miami Jewish Film Festival. (Photos courtesy of "The Rhapsody")

"Even though the Holocaust took place so many years ago, there are still things in the world that haven't changed," David Hoffert said. "For example, Russia has started a war against Ukraine, which is actually probably only about a hundred miles from where Leo was hiding during the war, so these kinds of things are still going on."

Hoffert continued: "I think when you see the film, you are reminded of human stories of what it's like to go through something like that, and how important it is to try to find peace in the world."

Paul Hoffert said: "As we were producing the movie, what was happening around the world was a general resurgence of exclusivism, antisemitism, anti-immigration, anti-Black racism and this whole issue of truth." 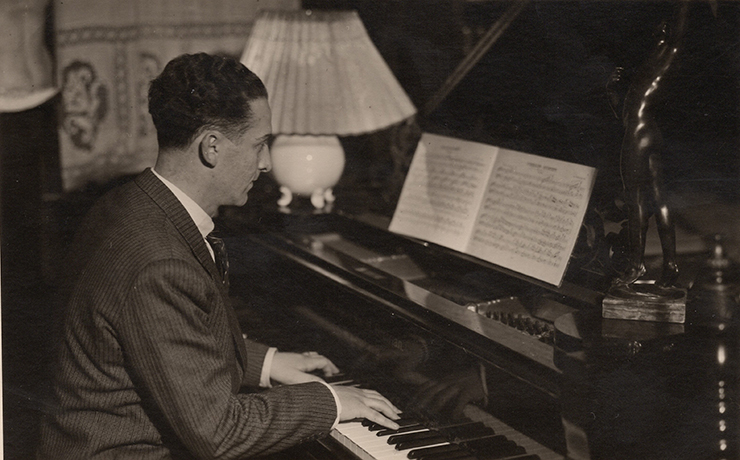 "You have a lot of Holocaust deniers, but you also have a lot of deniers of all sorts of atrocities that are going on,"Â  he says. "The story resonated on a very specific level for us, but I think as producers, we realize that this happens to be a story of a Jewish guy who lived in one of these atrocities, which was the Holocaust. However, these kinds of things have been happening around the world before and after World War II."

Paul Hoffer says that "The Rhapsody" is "a human story that has resonance." He shares that since the film has been screening at festivals they have received emails from audiences who "have seen it and relate to it very strongly."

David Hoffert adds: "We certainly feel it's a universal story." 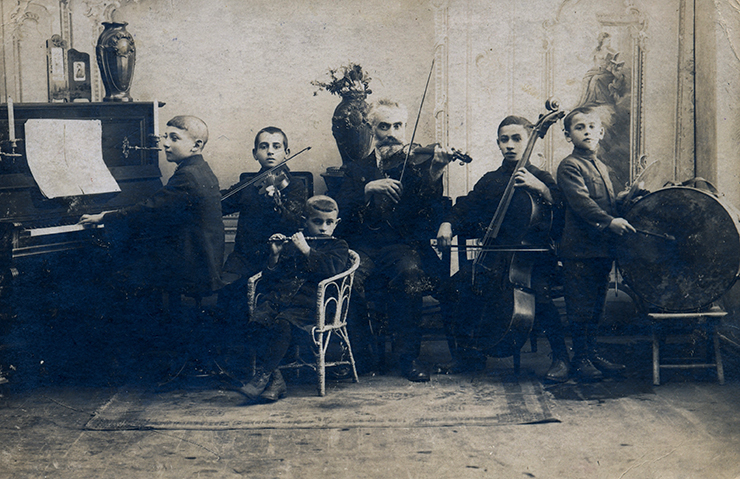 Leo Spellman playing the piano as a child. The story of Spellman is told in "The Rhapsody" at the Miami Jewish Film Festival. (Photo courtesy of "The Rhapsody")

The pair says they didn't set out to make a Jewish film.

"It was only a coincidence that we are Jewish," David Hoffert says. "Although it is about a very terrible atrocity, and there are things in the film that are very difficult to watch at times, we did try to show, especially towards the ending, positivity."

But, he says, the film goes beyond the Holocaust.

"There is also the story of an artist and musician who at the age of 98, was finally able to bring his music to the world and have it recognized and loved. The music and artist part of the story is a key part of the documentary itself."