Couple's Last Show At JCAT Before They Retire To Los Angeles 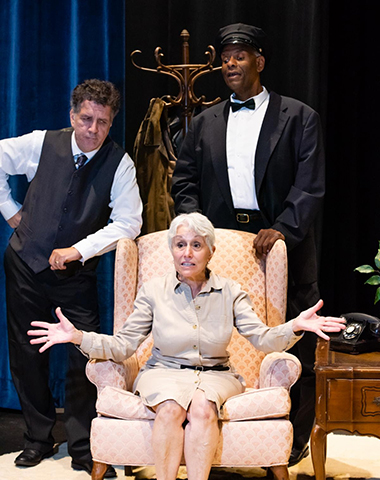 Written by playwright Alfred Uhry as a chronicle to his grandmother, father and the chauffeur hired to drive his grandmother, âDriving Miss Daisyâ is a historical tale on life in Atlanta spanning from 1948-73 as experienced by three characters, Daisy Wertham (age 72 in 1948), a proud Southern Jew who was a schoolteacher, as played by Lillian Andron, her African American chauffeur Hoke Coleburn (James Samuel Randolph) and Daisyâs son Boolie (Paul Louis)

âThe play is heightened by the understanding of how the evolution of changing values in our country are personally felt and expressed by the three characters. I especially enjoyed expressing Daisyâs values and hopes as she both bonds and argues with Hoke and Boolie. Because so much of the social conflicts we have today are similar to what the audience sees in âDriving Miss Daisy,â the audience is provoked by the many references to anti-Semitism, prejudice and racism over the 25 years,â said Lillian Andron.

âNext year, Michael (Andron) and I will be retiring to Los Angeles to be closer to our son and his family. I am so deeply moved to be playing âDaisyâ on stage in my final role at JCAT,â said Andron. 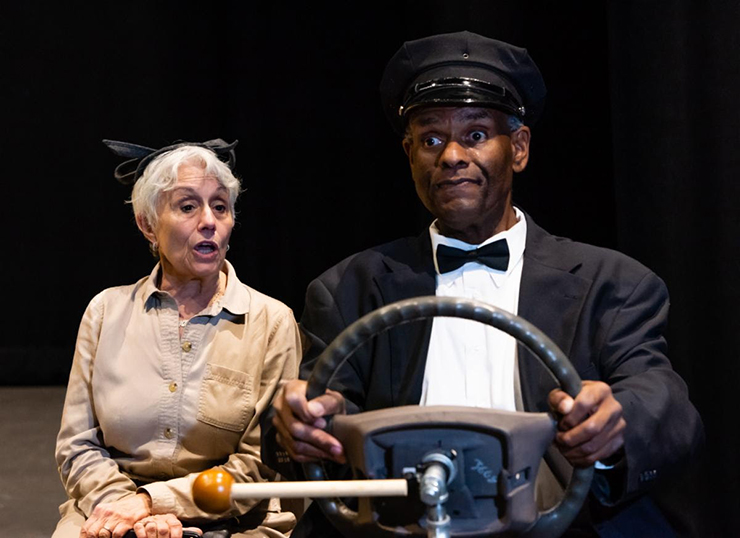 Andron has her most memorable roles on the JCAT stage as Ann Landers in âLady With All The Answers,â Lil in âKindertransportâ and Grandma Kurtz in âLost In Yonkersâ among other roles over the past thirteen seasons.

âWhat I love more than anything else is guiding our young and talented JCAT youth and community actors as assistant artistic director,â said Andron.

ââHokeâ has a strong point of view to the historical evolution of events in Atlanta as he expresses to both Daisy and Boolie and it was an honor to play him and work with the JCAT team,â said Randolph, a Carbonell Award winner for his dual roles of Belize and Mr. Lies in âAngels in Americaâ at New Theatre.

Along with playing in many productions of William Shakespeare, such as âJulius Caesarâ, âKing Learâ and âMacbethâ Randolph has been a mentor to theater students for decades as Associate Professor at New World School Of The Arts in Miami.

âI have many wonderful memories of my years as both actor and director but the greatest satisfaction I have in my career in is seeing how students have evolved and learned,â said Randolph.

The one act play opens with Boolie deciding that Daisy can no longer drive without a chauffeur and proceeds to hire Hoke, which begins their more than 25 year relationship between the three characters.

Primarily in the many scenes involving Daisy in her car with Hoke taking her to Temple for prayer services and shopping at the Piggly Wiggly, the audience learns of the many stereotypes that Daisy and Hoke have about each other.

As Daisy and Hoke age and bond, both characters evolve in openly expressing both their fears and aspirations as they react to changes in Atlanta between 1948 and 1975. 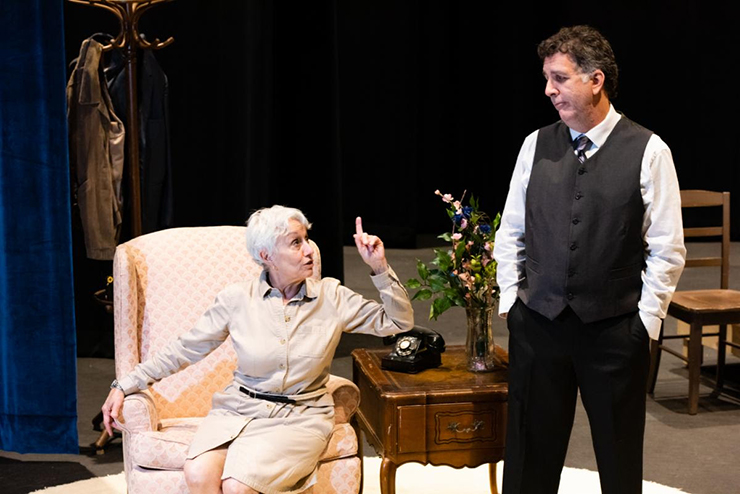 For example, Daisy learns that Hoke canât read and teaches him the alphabet in one scene. In another scene, Hoke learns that Daisy was not born rich and was a schoolteacher.

The video design by Freddy Rodriguez and lighting by Zachary Pitchman showcased the many historical events in Atlanta from 1948-73 on screen, such as the audience seeing the headlines from an Atlanta newspaper regarding the 1958 bombing of a temple, the segregation of blacks and whites in hotels, restaurants and schools, augmented significant memorable scenes in the play.

âWhat I love most about âDriving Miss Daisyâ is the timeliness of it. In addition to the obvious subject of race relations and anti-Semitism, front page issues at the moment, the play confronts the broader issue of how we tend to relate to so many as âotherâ and not as âpeopleâ,â said Michael Andron, who directed âDriving Miss Daisyâ.

âThis play traces the important journey from a ârelating to otherâ mindset to a grander ârelating to peopleâ mindset. Theater allows us to step into anotherâs shoes, to test out for ourselves whether change and growth are possible,â said Andron.